CLEMSON, S.C. – After a defensive touchdown gave Florida State a 20-17 lead late in the fourth quarter, Clemson freshman Will Shipley capped a three-play, 58-yard drive with a 21-yard touchdown run to give the Tigers the lead for good with 2:53 to play as Clemson held on for a 30-20 win. With the win, Clemson improves to 5-3 overall and 4-2 in ACC play and have won 32 straight at home and six against Florida State (3-5, 2-3 ACC).

Shipley recorded his first 100-yard game of the season as he finished with 128 yards rushing, 24 yards receiving and two touchdown carries for the Tigers.

Barrett Carter would score the final points of the game after recovering a fumble on a lateral attempt by Jordan Travis at the 3-yard line that he returned to the endzone for the touchdown as time expired.

With 7:39 to play in the game Jermaine Johnson sacked D.J. Uiagalelei and forced a fumble at the 6-yard line that Johnson then recovered and ran in for a touchdown to give Florida State a 20-17 lead.

For the second consecutive game, B.T. Potter got the scoring going for the Tigers in the first quarter with a 47-yard field goal.

Florida State would answer with a 10-play, 75-yard drive capped by a one-yard touchdown pass from Jordan Travis to Jashaun Corbin, but the extra point was blocked by Myles Murphy to give the Seminoles a 6-3 lead.

Phil Mafah scampered 63 yards down the sideline to set up an 11-yard back corner pass from Uiagalelei to Davis Allen to give the Tigers a 10-6 advantage.

On the next play, Lawrance Toafilli caught a pass on an out route from Travis down the sideline that turned into a 75-yard touchdown after Toafilli rolled over a Clemson defender on his way to the endzone to put the FSU back on top 13-10.

Not to be outdone, the Tigers went 83-yards in 4:38 and Shipley scored from two yards out to give Clemson a 17-13 lead at the half. 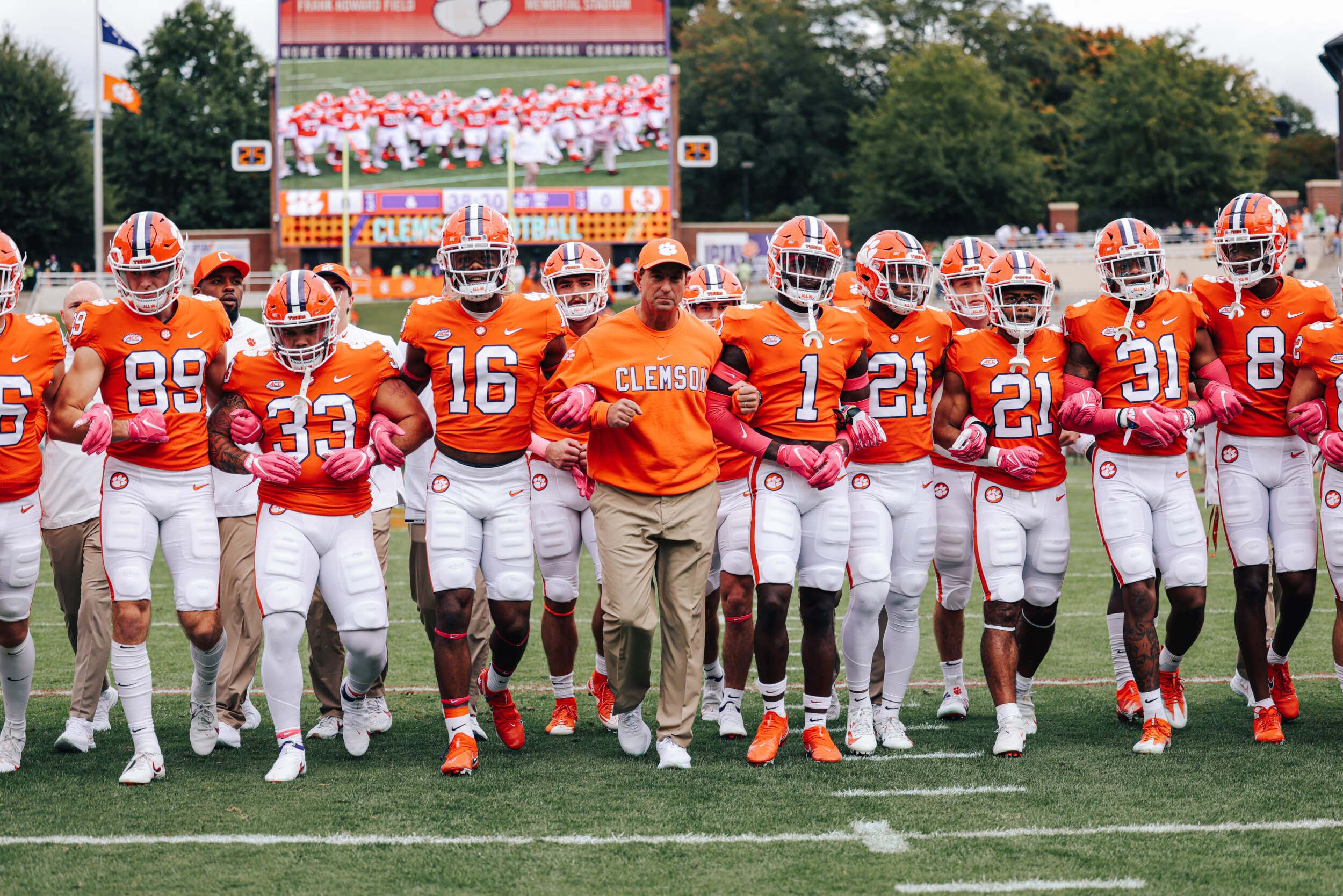 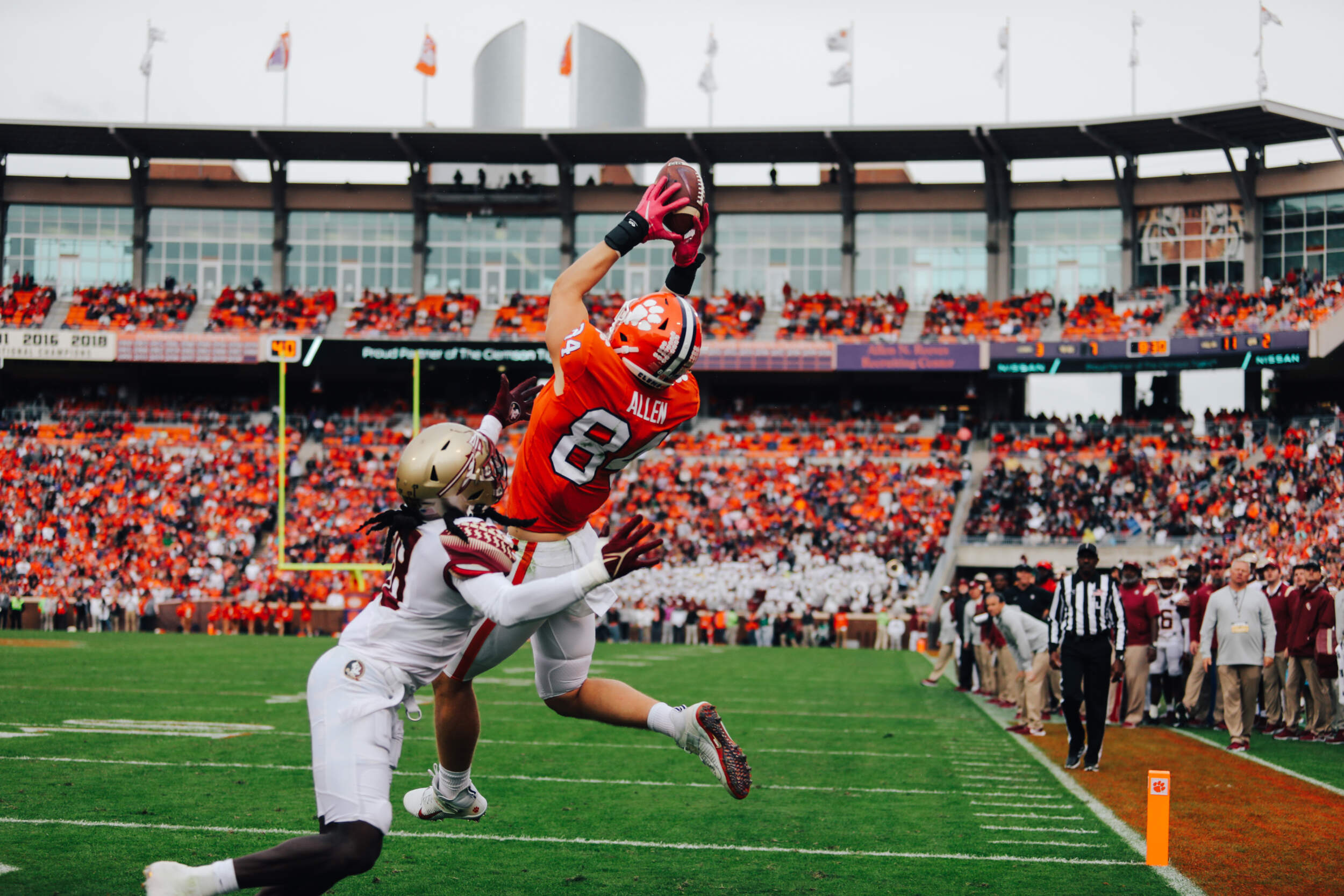 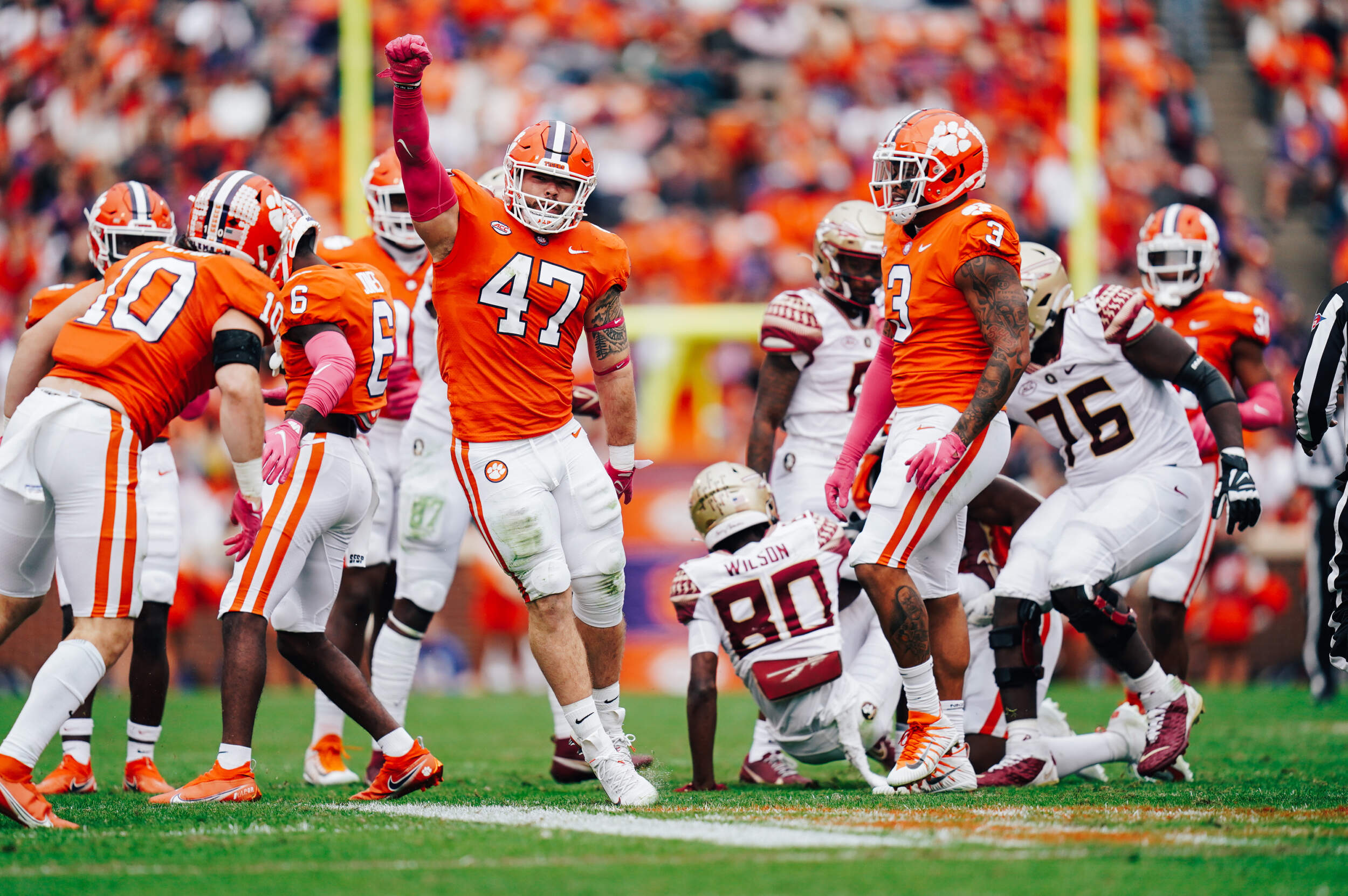 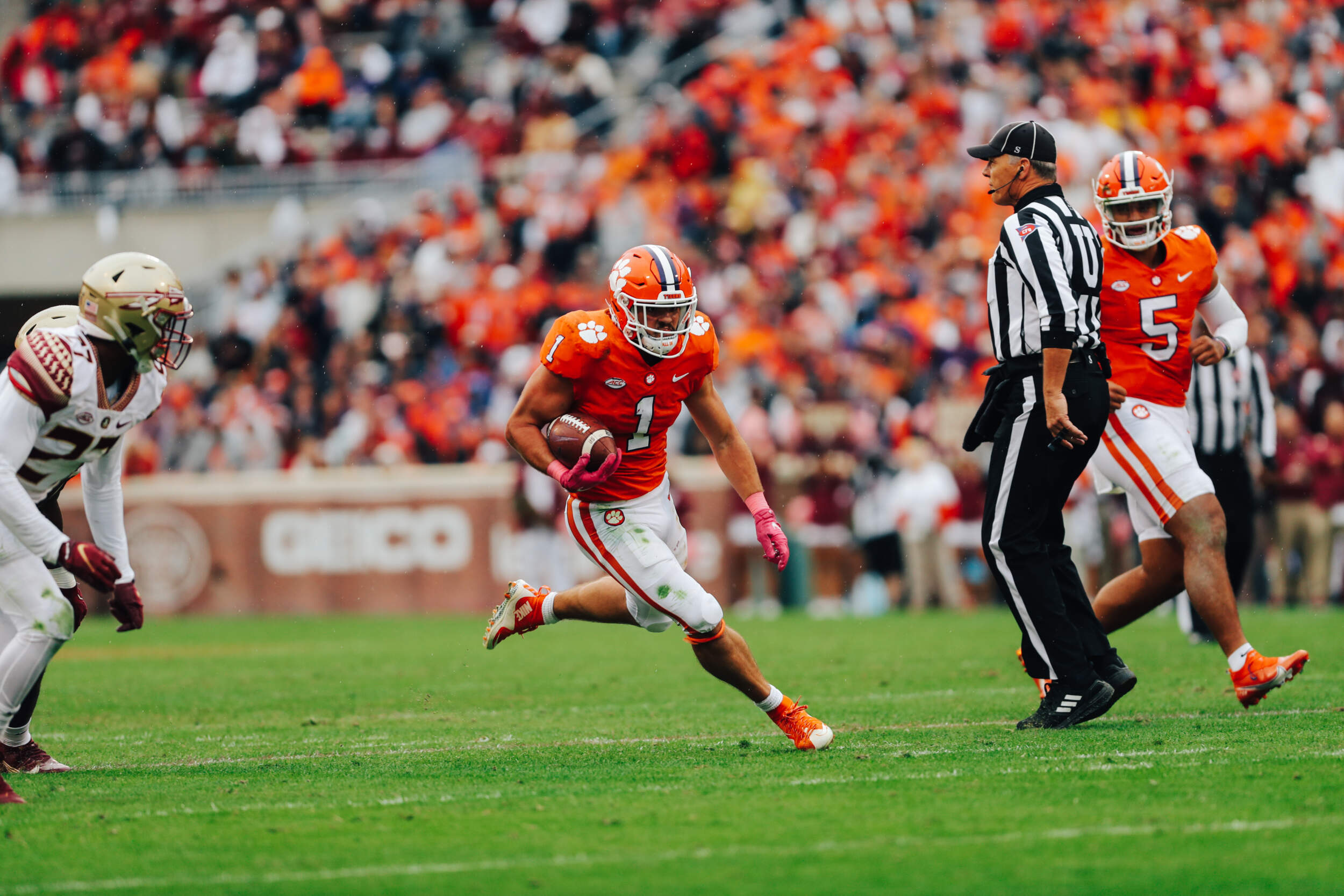 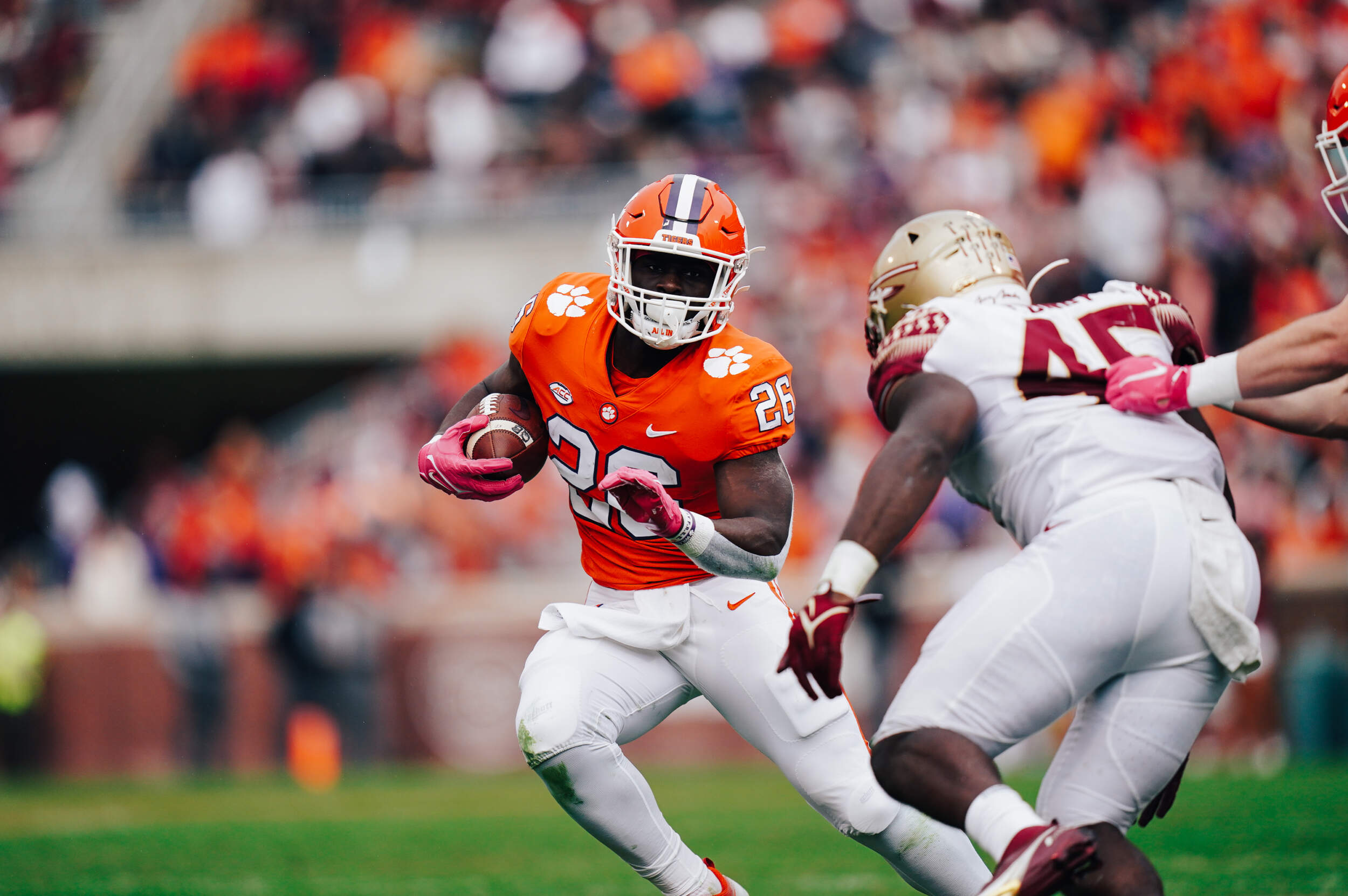 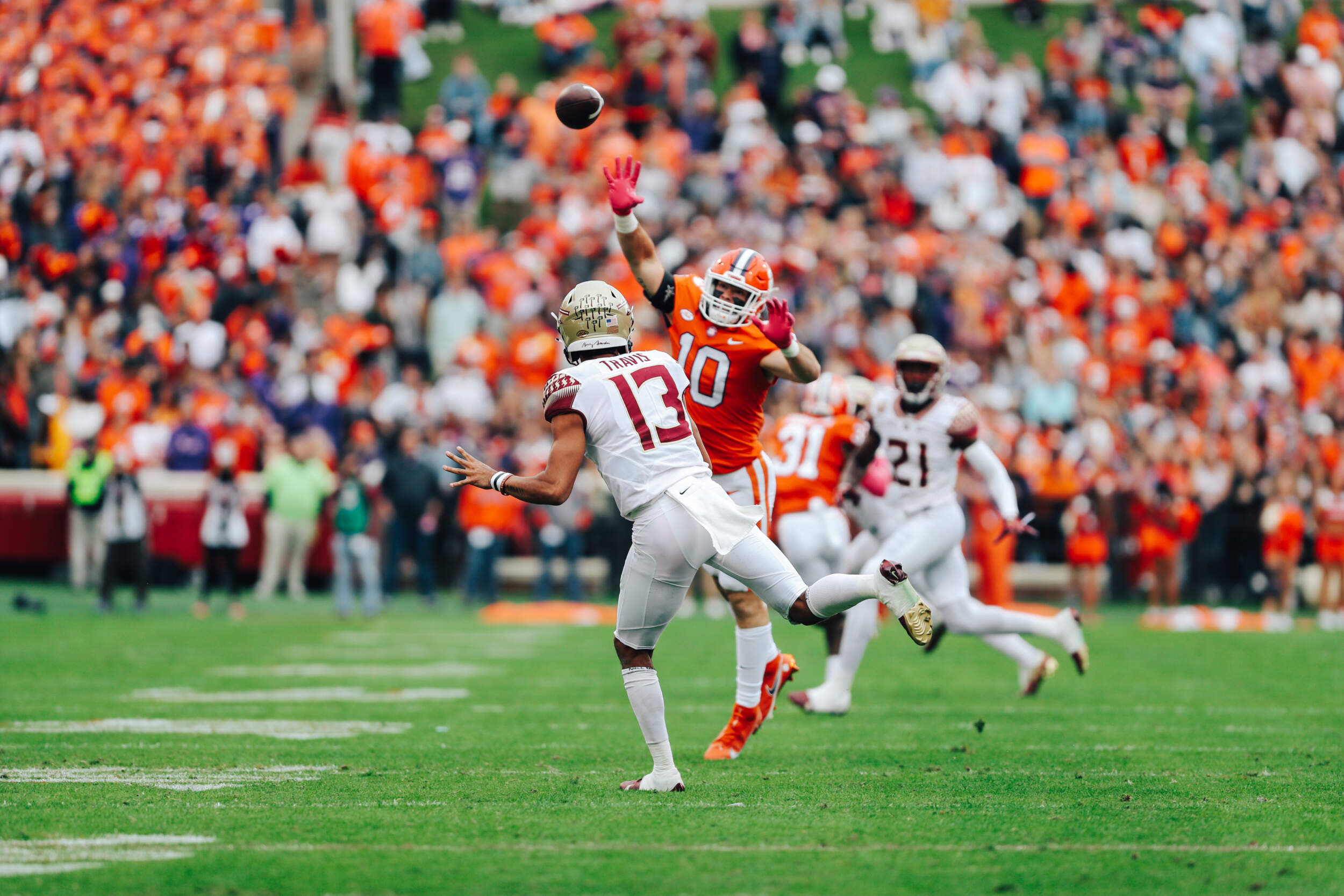 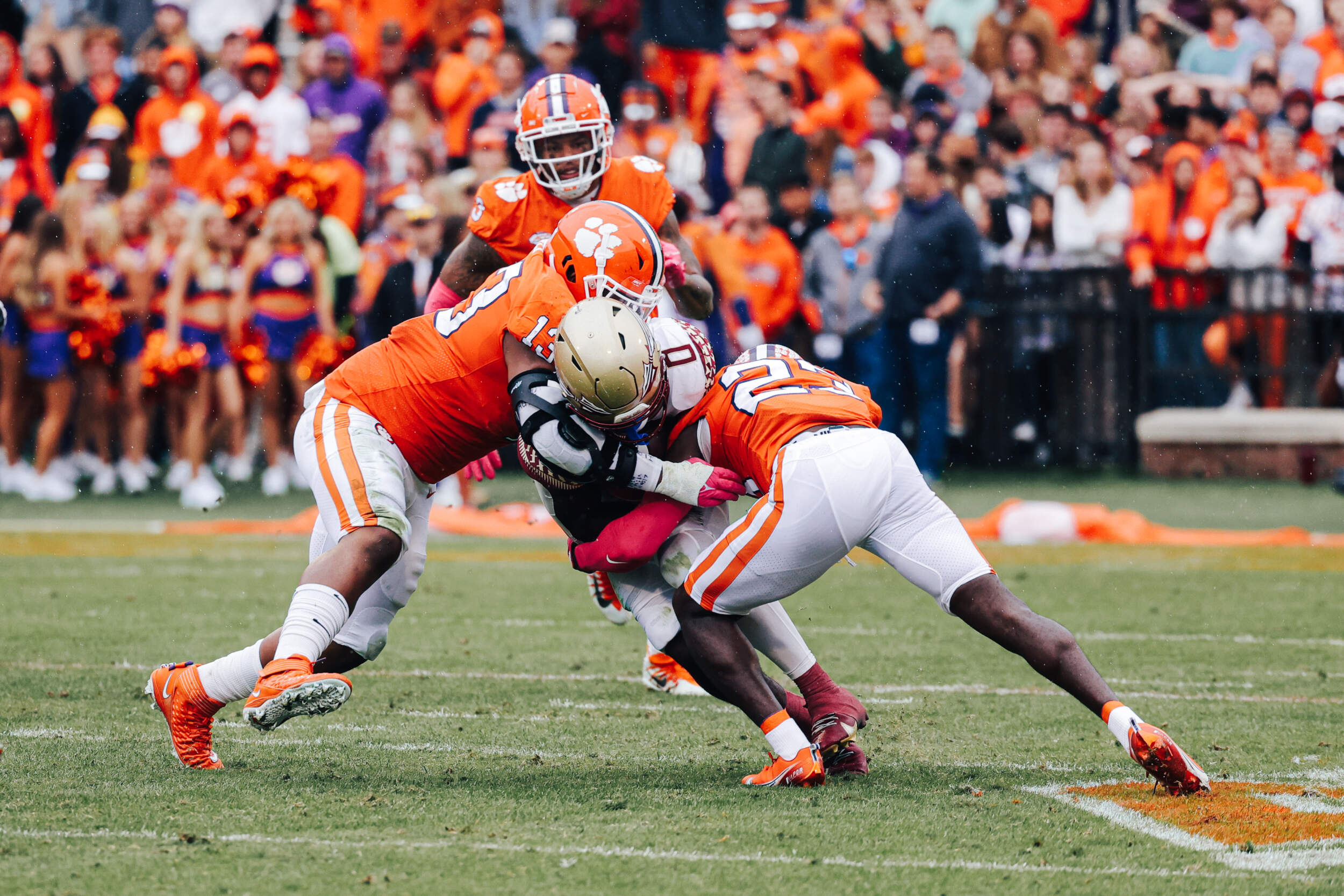 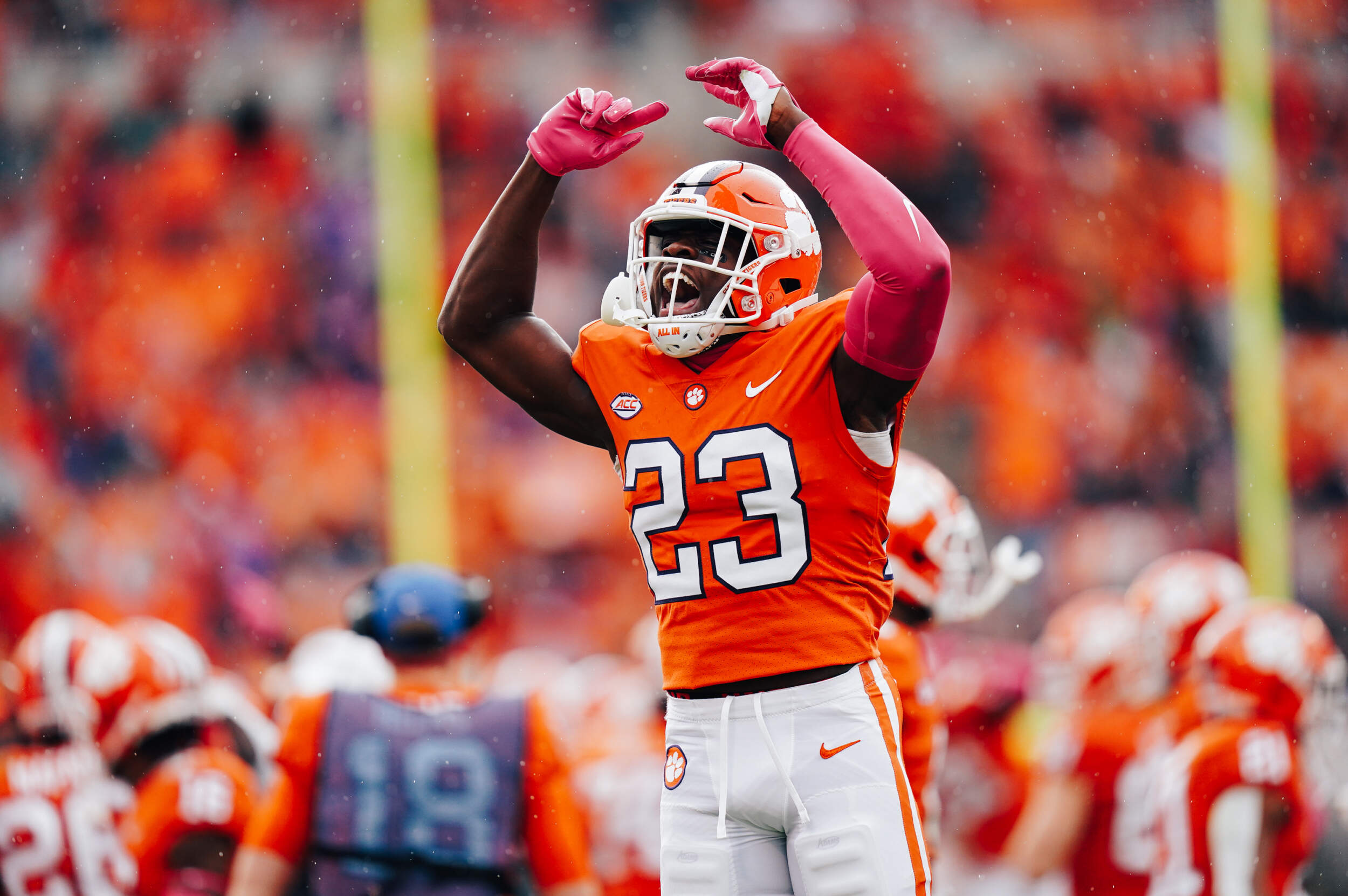 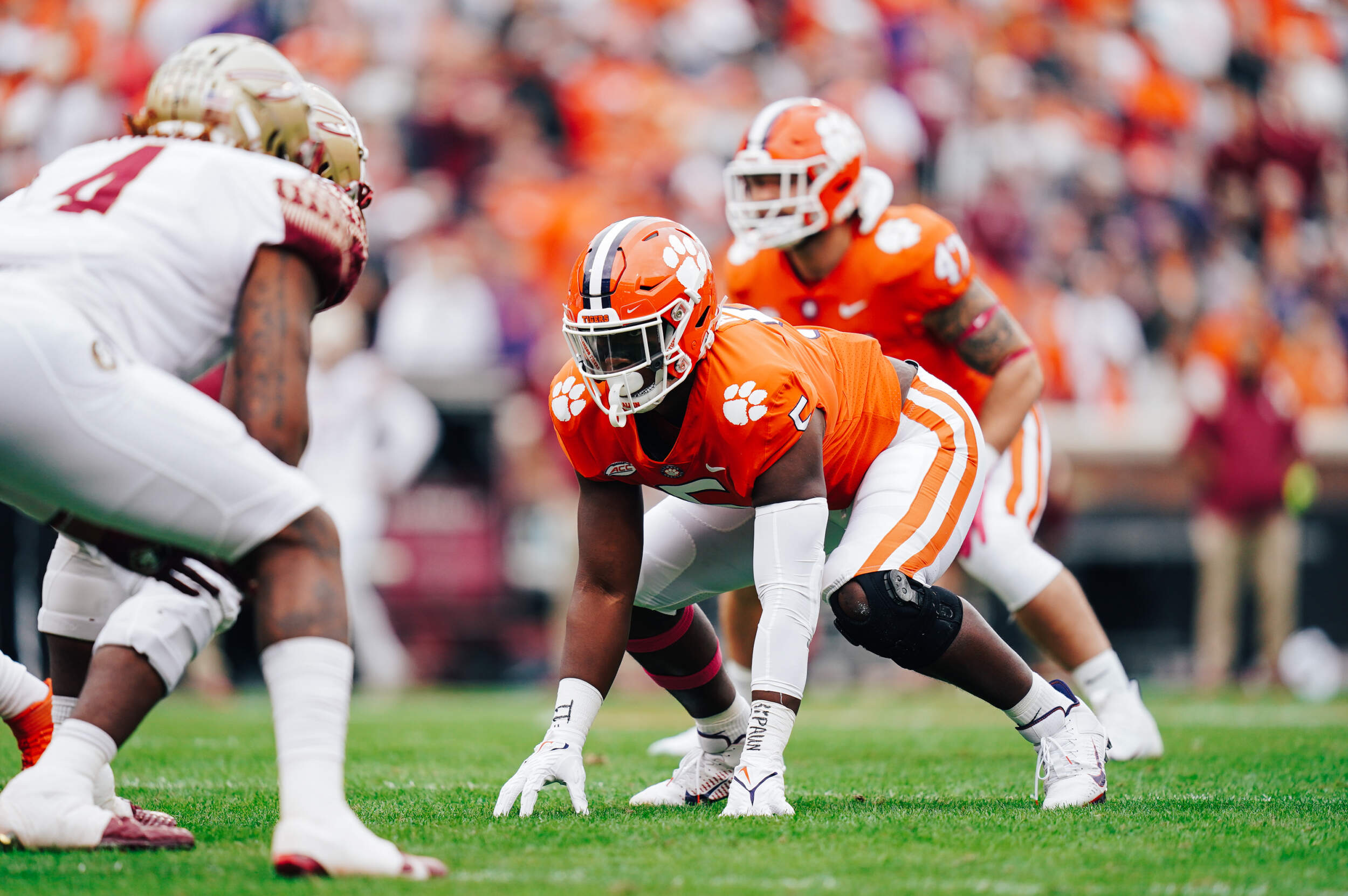 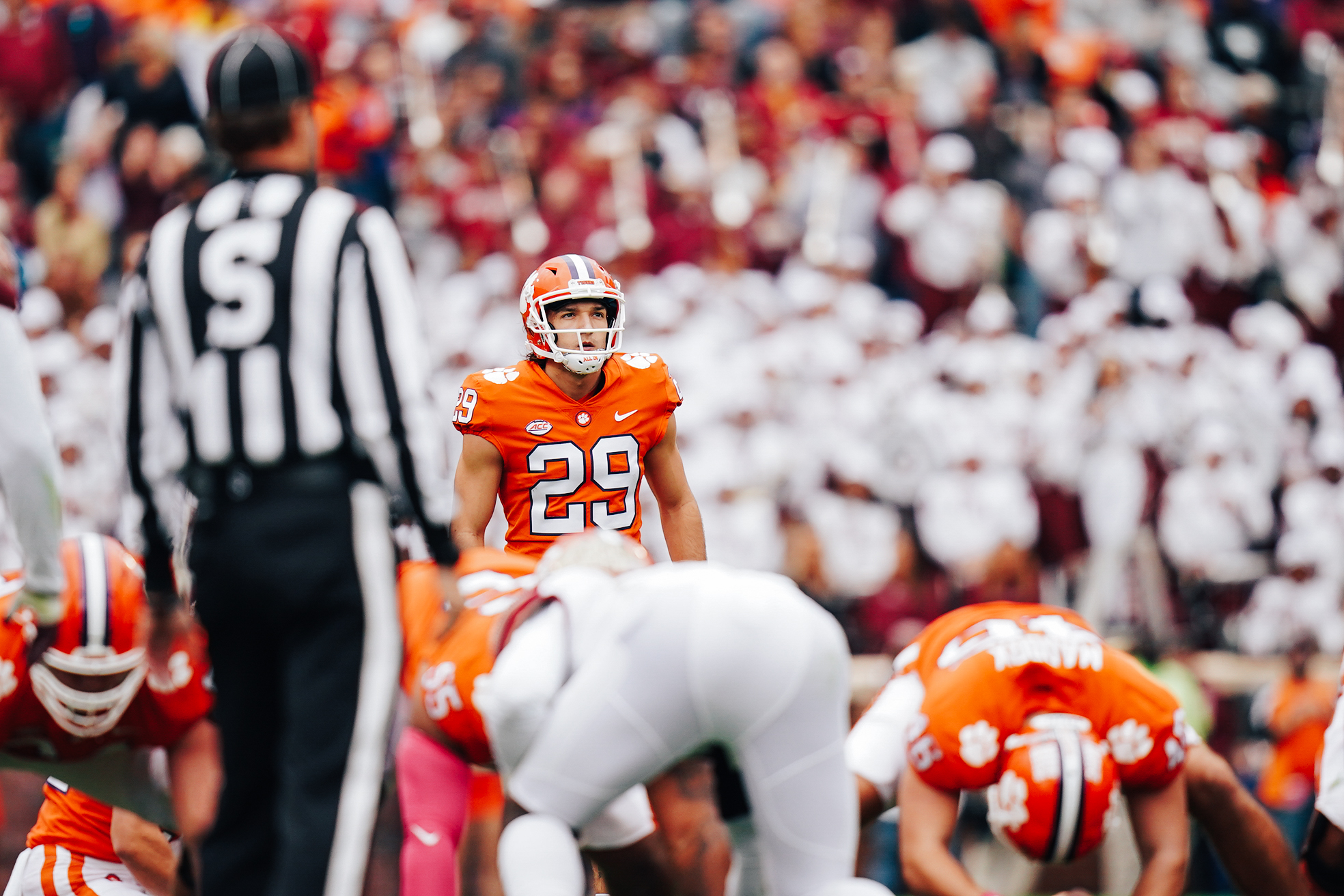 How ‘bout it? Let’s have ourselves a day! pic.twitter.com/7EgkX41wC2

We sure @PhilMafah1 is just a freshman?

Go up and get that thing @davisallen17 ‼️

Not your average freshman💪