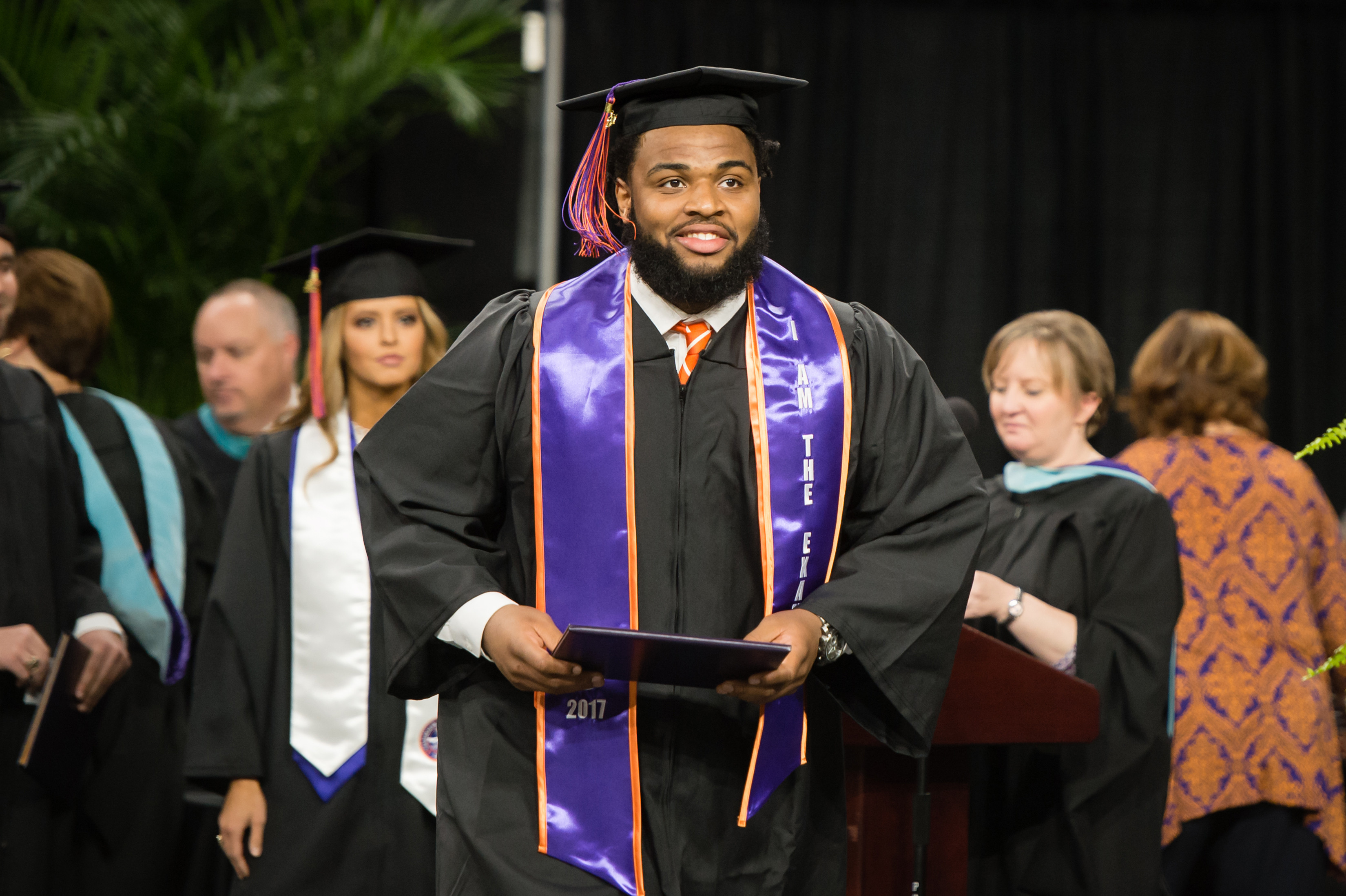 Clemson, S.C.—Fifteen Clemson football student-athletes, including two sets of twins, received undergraduate degrees over two graduation ceremonies at Littlejohn Coliseum on Thursday.   With the exercises on Thursday, Clemson will have 23 graduates on its roster for the Allstate Sugar Bowl game against Alabama.   Eight members of the team already had their degrees from Clemson before the season began.

With the today’s graduation ceremonies, 172 of 177 senior student-athletes since Dabo Swinney became the permanent head coach of the Clemson football program, have graduated.   Seventeen of the 24 starters on the 2016 National Championship team have their degrees. Six of the seven without a degree are still on the Clemson team as non seniors.

Among the student-athletes earning their degrees on Thursday were twin brothers Judah and J.D. Davis, and twin brothers Kaleb and Kelby Bevelle. It is the first time two sets of twins on the Clemson football team have graduated on the same day.

Also earning his undergraduate degree on Thursday was two-time All-American Christian Wilkins.   The native of Springfield, Mass. earned his degree in just two and a half years, the first scholarship football player to do that. Patrick Godrey, a walkon on the current Clemson team also did it last year.

In addition to Wilkins, starting players Taylor Hearn, Kendall Joseph, and Milan Richard all earned degrees on Thursday.   Other Tigers on the No. 1 ranked Clemson team who received academic degrees at one of the two ceremonies were Adam Choice, Chris Register, Jabril Robinson, Jack Swinney, Trevion Thompson, Jalen Williams and Richard Yeargin.

Members of the 2017 team who had their degrees before the season started are Dorian O’Daniel, D.J. Greenlee, Ryan Carter, Marcus Edmond, Patrick Godfrey, Maverick Morris, Justin Falcinelli, and Tyrone Crowder.