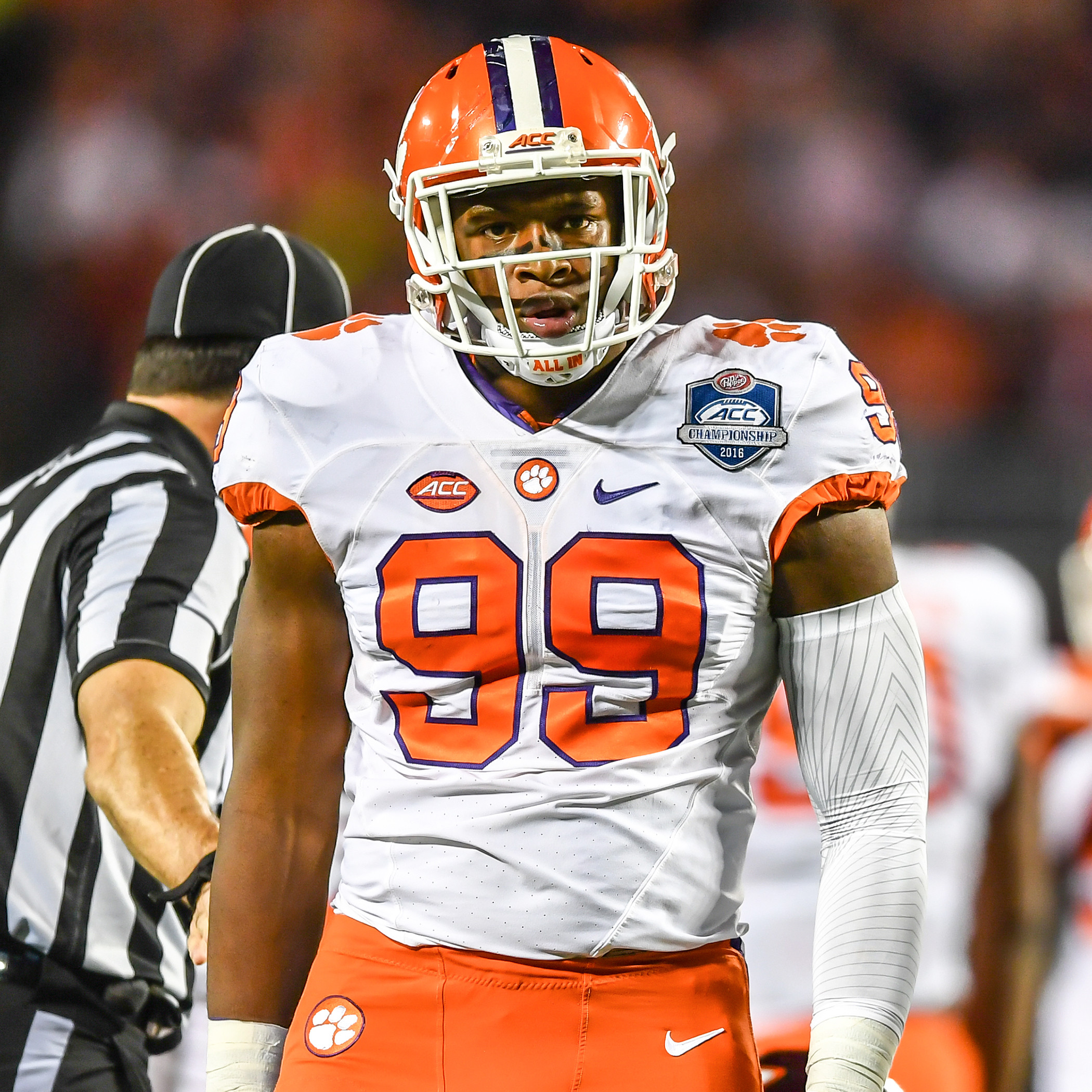 Clemson, S.C.—Clemson defensive end Clelin Ferrell was named the ACC Defensive Lineman of the Week on Monday for his performance against Syracuse last Friday night. The Tigers dropped a 27-24 contest to the Orange, but Ferrell had a fine game.

Ferrell is the first Clemson defensive player to win ACC Player of the Week honors in a game Clemson lost since Xavier Brewer was the league defensive back of the week against South Carolina in 2012.

Ferrell is tied for second in the ACC in sacks with 5.5 and is 11th in the league in tackles for loss with 7.5.

Clemson is open this weekend and next plays on October 28 when the Tigers face Georgia Tech in an 8 p.m. contest at Memorial Stadium.