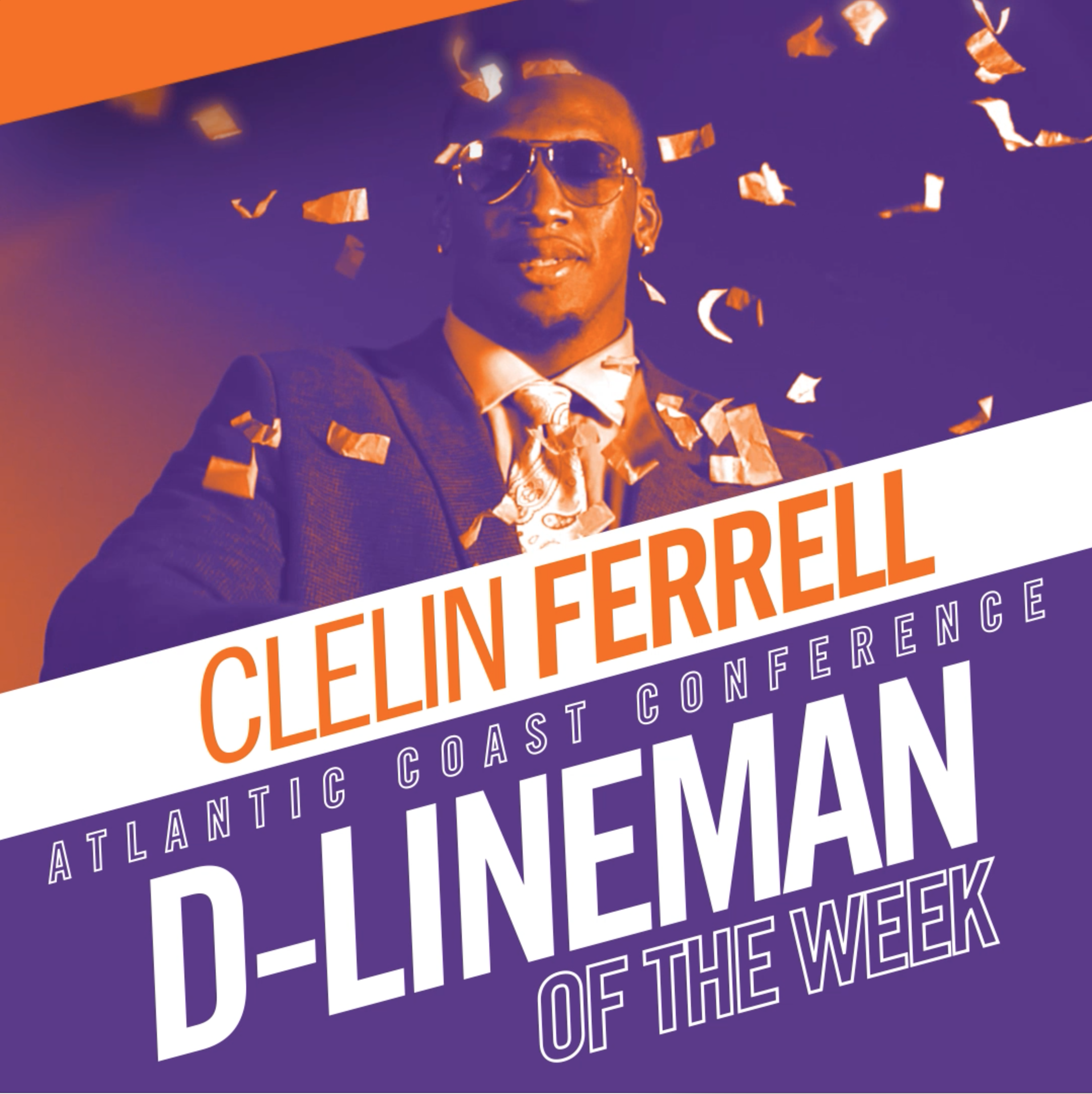 Ferrell and Hyatt Named ACC Players of the Week

Clemson, S.C.—Clemson linemen Mitch Hyatt and Clelin Ferrell have both been named ACC Players of the Week.   The announcement was made Monday afternoon by the ACC Office. Both were instrumental in Clemson’s 38-31 win over 20th ranked NC State on November 4. It was Clemson’s fourth win over a top 25 team (ranking at game time), most in the nation.   It was Clemson’s sixth win over an FBS team with a winning record (record as of November 6), also most in the nation.

Hyatt helped the Clemson offense to 224 yards rushing and 6.4 yards per rush at NC State. The starting left tackle graded 94 percent and had five knockdown blocks in his 80 plays of action.   He was a big reason Bradley Chubb, the ACC’s leader in sacks, did not have a sack in 38 Clemson pass attempts. The Tigers had just two negative plays all day for just three yards.