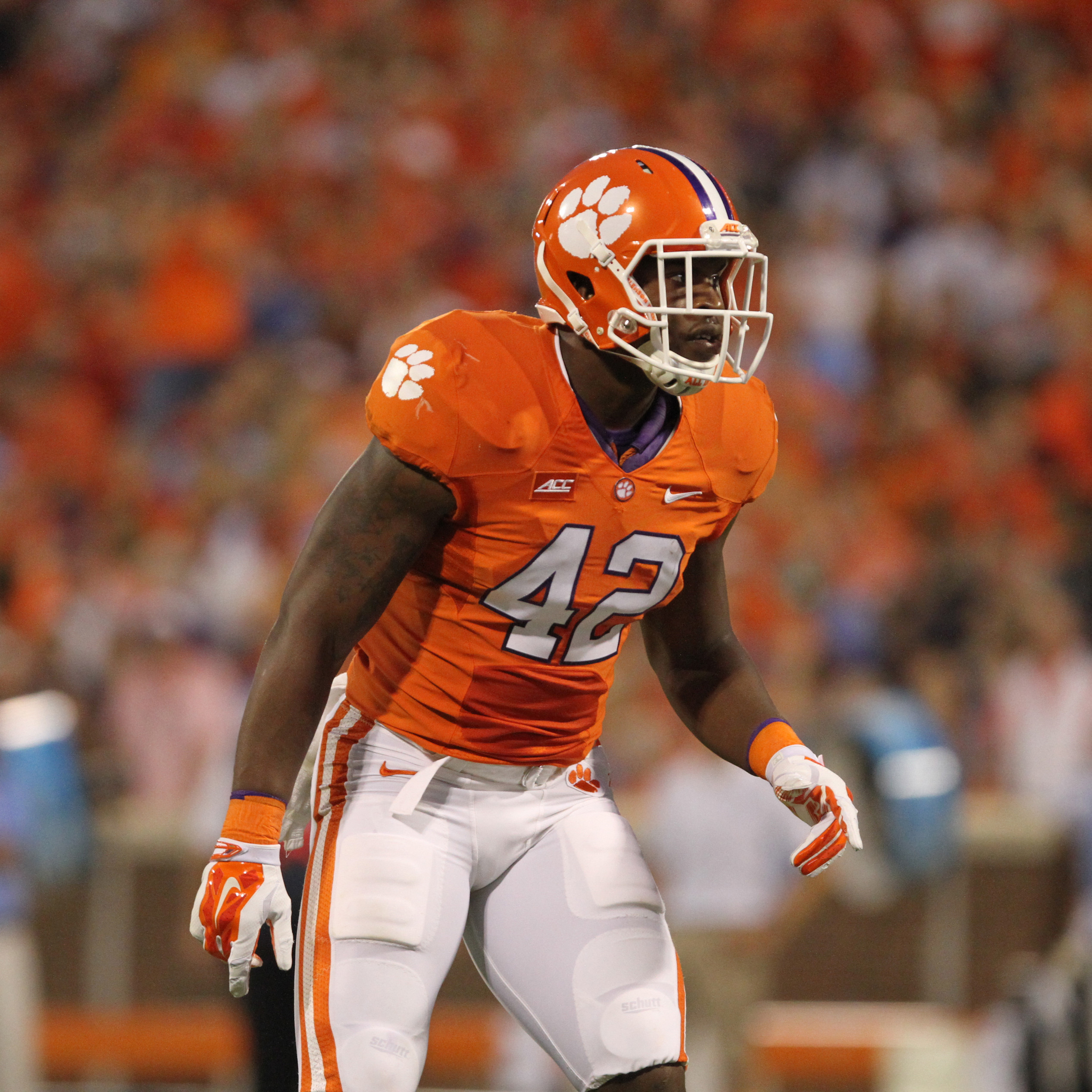 The Syracuse freshman ran the zone read and rolled to his left, but before he could even blink, he was gobbled up for a 10-yard sack on the opening play of last Saturday’s game at Clemson. The culprit? A heat-seeking missile in the form of 6-foot-3, 245-pound Stephone Anthony.

“He doesn’t have good intentions when he gets to you,” said senior safety Robert Smith, who entered Clemson alongside the standout middle linebacker in 2011.

Good intentions or not, Anthony has grown into a bona fide superstar in the middle of one of the country’s top-rated defenses. Once lauded as a five-star prospect exiting Anson High School in Polkton, N.C., Anthony is one of 15 semifinalists for the 2014 Butkus Award. The honor is presented annually to the nation’s top linebacker.

Through eight games, he leads the Tiger defense with 58 stops, including 8.5 for loss. He’s added 2.5 sacks, four passes broken up and two caused fumbles. On a defense loaded with seniors at all three levels, Anthony’s play stands out.

“It doesn’t require a 20-tackle game,” he said. “I’m blessed to be around this group of guys. If it weren’t for them and the people in this building (WestZone), my name wouldn’t be brought up.”

Well, the folks in the WestZone probably won’t agree with that last statement.

Anthony had the opportunity to bypass his senior season to pursue his lifelong dream of playing in the NFL, but instead elected to return, even after posting 11 tackles and the game-clinching interception in the Tigers’ 40-35 Orange Bowl win over Ohio State in January.

He’s shown similar instincts this season, most notably in the third quarter last Saturday with the Tigers trailing the Orange 6-3 and in desperate need of a momentum play. Anthony reached up and snatched a Long pass out of mid-air with one hand, corralled it for the interception and returned it to midfield to set up the tying score.

Anthony isn’t sure how or where he gained such instincts.

“That’s just mom and dad, I guess,” he said. “Somehow, I just happen to be around the ball a lot.”

Smith sees it from another perspective.

“His athletic ability separates him,” he said. “He’s a legit 4.5 guy who can catch and run. It’s not easy to get interceptions at linebacker, but he has the hands.”

And he has the focus. Anthony has been noted for exceptional leadership this season by both head coach Dabo Swinney and defensive coordinator Brent Venables on countless occasions. Heck, even Chad Morris notices it on the opposite side of the ball.

“You see a guy like Stephone and his leadership, it’s unbelievable,” Morris said. “You can tell he’s in charge.”

Anthony said with authority Thursday when he met with local reporters that he “absolutely made the right decision to come back.” On a defense littered with superstars, Anthony’s passion for the game and violence with which he plays has resonated with teammates and Tiger fans alike.

“I want to be the guy everyone feeds off of,” he said. “I want my guys to say, ‘Steph is alright, so we’re going to be alright.’”

So far, it appears Clemson’s defense has been alright.