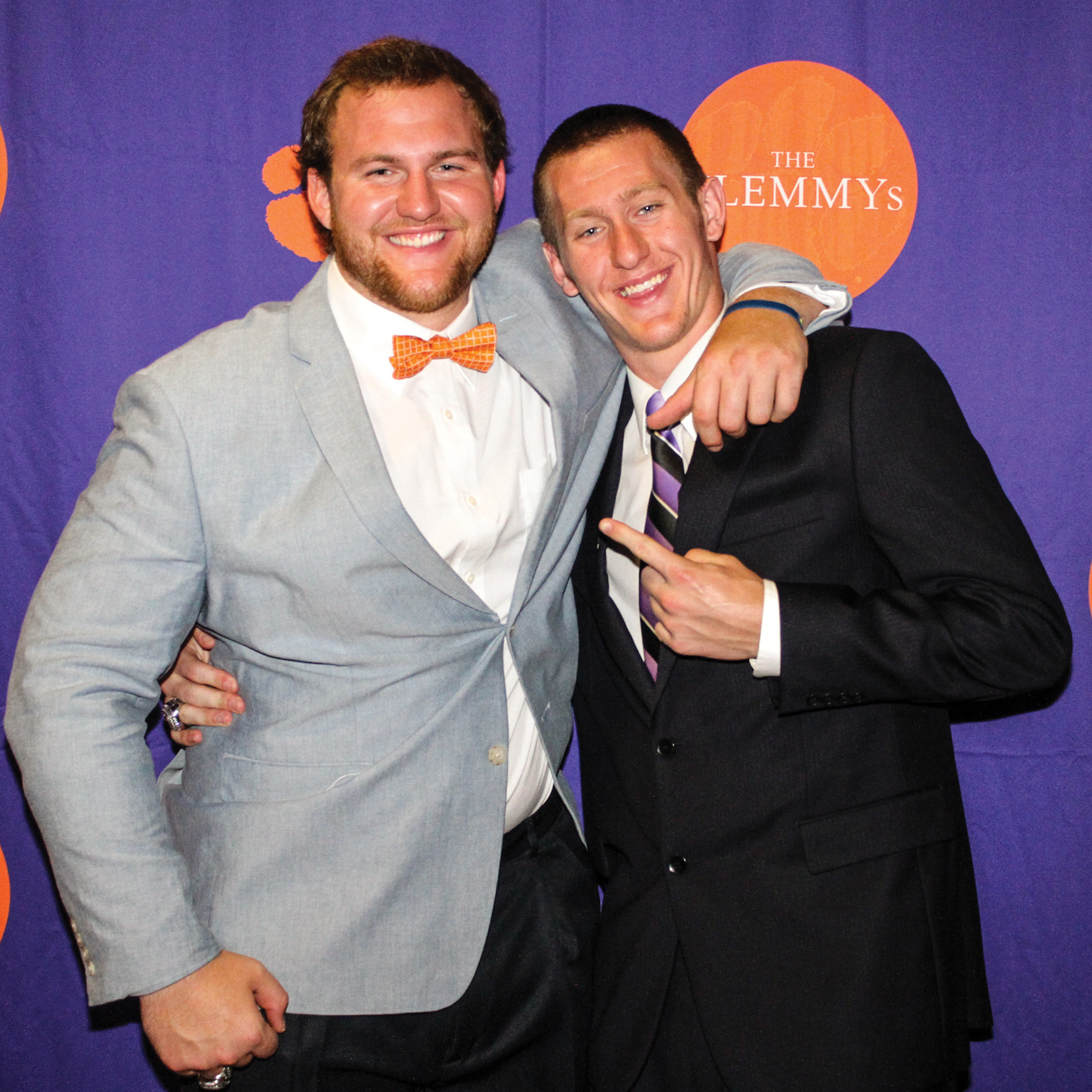 In this ever-evolving social media and digital age, Clemson University has increasingly looked to increase the brand of its institution as well as the brand of its football program. One need not search too far into the realms of the Clemson football team’s social media assemblage to see the trend “Clemson Family.” However, the internet and mobile phones are not the only areas where that adage is realized in actuality.

No matter where you look on the field at any given time during a Clemson football game, there is a high probability that you are looking at only one piece of a Tiger family affair.

Zach Riggs is a redshirt freshman center who originally began his career as a walk-on tight end from nearby Greer, S.C. By joining the Tigers himself, he became the second family member to line up on the offensive line for Clemson.

“My dad always says that football was harder in the 1980s,” stated the younger Riggs of his former Clemson and NFL father, Jim. “He comes to practice and says, ‘Wow, it’s so much different than it was back in the day.’ Yet he says that it’s about the same experience, almost.”

The elder Riggs was a four-time letterman at Clemson from 1983-86 and was a First-Team All-ACC tight end in his junior and senior seasons. He was inducted into the Clemson Athletic Hall of Fame last weekend.

Riggs played in the NFL for seven seasons with the Redskins and Bengals. In a day when the tight end was not used as proficiently as in today’s NFL, he totaled 37 receptions for 274 yards in his career, numbers Zach could emulate in perhaps half the time had he not made a position change early in his Clemson career.

“I started off as a tight end and then the coaches wanted me to change to play center in the spring,” explained Riggs. “I ended up getting hurt, and that turned out to be a blessing in disguise.”

Tight end D.J. Greenlee’s father, Larry, is Clemson’s assistant director of strength & conditioning. Then there is Stanton Seckinger, who is the fourth member of his family to attend Clemson after his two brothers, Trevor and Trenton, and his mother, Terrye, who graduated in 1979 after playing for the volleyball team.

But that is not to exclude another tight end – a recurring theme in this regard, it seems – Cannon Smith, whose father, Bill, was a starting defensive end on the Tigers’ 1981 National Championship team and current member of the Clemson University Board of Trustees.

“He says it’s worth it,” said the younger Smith. “You have to come out here and go through the grind. He said it’s hard work, but you have to get through it and it’ll pay off in the end.”

The hard work certainly paid off for the elder Smith, as he was a four-year letterman who had 10 tackles in Clemson’s victory over Nebraska in the 1982 Orange Bowl. During next weekend’s Louisville game, he will be presented the Brian Dawkins Lifetime Achievement Award by Head Coach Dabo Swinney.

“He has told me to work hard and keep a positive attitude,” said Cannon on the advice his father has given him. “He said this game is a lot of work and to not let it get you down but to just keep thinking about the big picture. He always says to keep your mind focused.”

Focusing on the flip side of the ball, there are a few more family matters on defense for the Tigers. In the secondary, safety Taylor Watson is the son of former Clemson safety Ronald Watson, who lettered for the Tigers from 1981-84. Taylor’s older brother, Ronald, was a running back for the Tigers in the late 2000s.

Linebacker Ben Boulware forms part-two of the Boulware family combination, as his older brother, Garrett, was a catcher on the baseball team from 2012-14, while defensive linemen Dane Rogers and Carlos Watkins are cousins. Also along the defensive line is DeShawn Williams, who has formed quite the name for himself after following, somewhat, the footsteps of his father, Ronald Williams.

“I was watching some of his games recently and he looks like he played with a lot of passion,” said the younger Williams about his father, who was a running back at Clemson. “The crowd seemed to be passionate just to see him get out there.”

Ronald compiled 1,824 rushing yards in his Clemson career and was a First-Team All-ACC selection as a freshman in 1990.

“He played with a bunch of great athletes in his time,” stated #99. “Guys like DeChane Cameron, Terry Smith, Wayne Simmons, Levon Kirkland…that No. 1 defense they had and their offense was pretty good as well. He was named 1990 ACC Rookie-of-the-Year and the team finished in the top 10.”

That is not to say that any of these aforementioned Tigers are not trying to shape their own legacy suiting up every Saturday. Asked what he would tell his father should these Tigers replicate the success of that 1981 season, Smith said, “I’d tell him we’re right there with you. We could be on the same level and share the experiences that we’ve both gone through.”

There is something about learning from what mom or dad or cousin or brother can teach you, but then there is something about learning from first-hand experience. Each of the second-generation players interviewed for this story noted how their fathers mentioned Clemson being more or less the same, but at the same time being slightly different as well. That motto could be carried to each of these players, too. While they may aspire to be like their predecessor, each wants to forge his own path in his own right on the gridiron.

“He told me to just be me, to just do what I have to do,” said Williams of the advice his father has given him. “It’s a great thing to know that I’m keeping the legacy alive.”

But if he lined up against his running-back father during his prime in a vintage “Oklahoma Drill?”

“I’m gonna go with me. I’ve seen his tape and his film and he has some speed and some power to him, but I say me…all the way.”