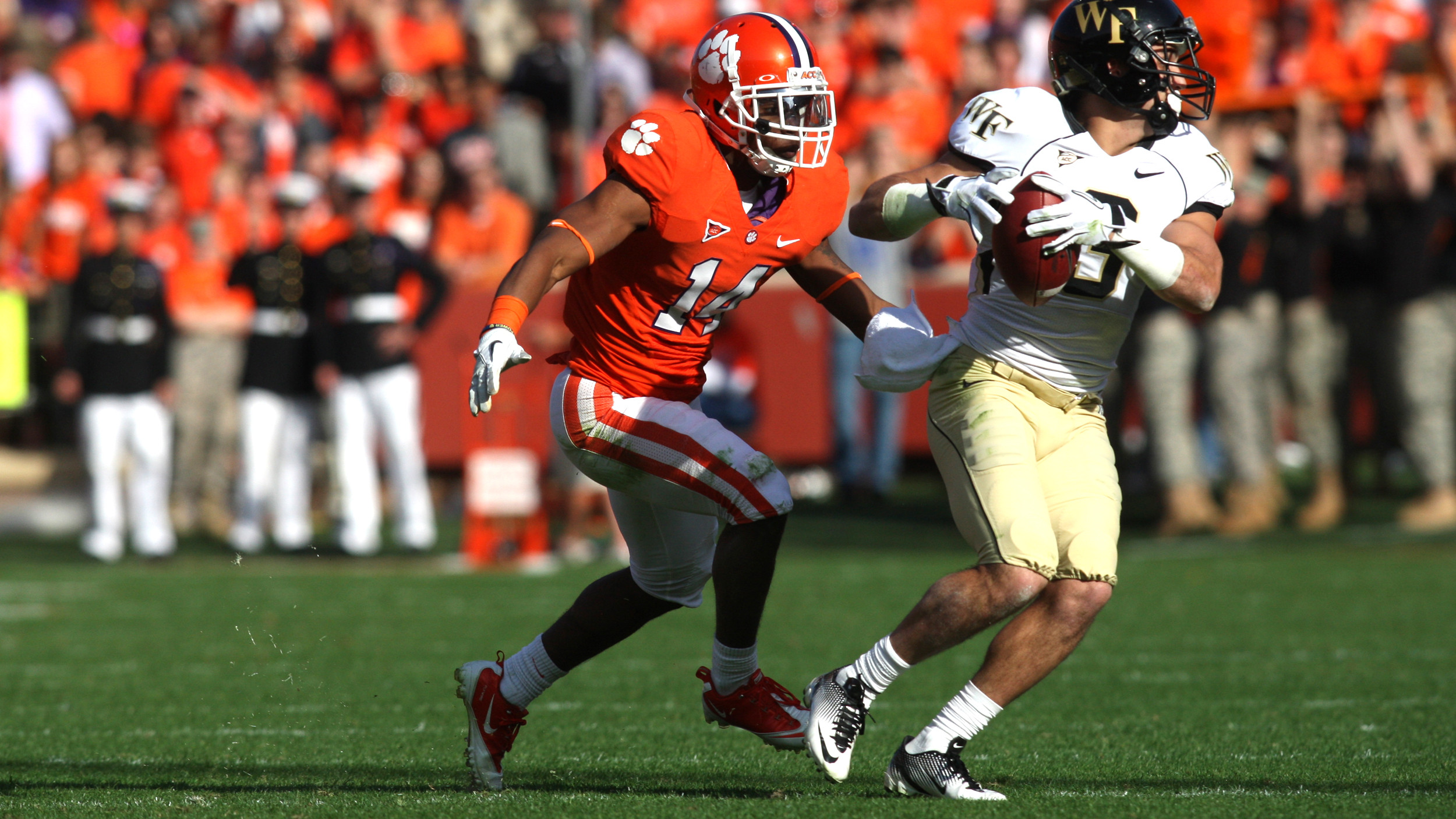 CLEMSON, SC – Dabo Swinney remembers his first game as a coach at Clemson vividly. Not that it’s a memory he’s particularly fond of conjuring up.

Swinney joined Tommy Bowden’s staff in 2003 as the wide receivers coach, and the Tigers opened that campaign against No. 11 Georgia at Memorial Stadium. Bulldogs quarterback David Greene hit Fred Gibson on a post route for a 56-yard touchdown barely five minutes in, and Georgia never looked back on its way to a 30-0 victory.

Now the Clemson head coach, Swinney’s team will renew its rivalry against Georgia on August 31, when the Tigers and Bulldogs will square off in the first battle of top-10 teams to open a season in Clemson history.

Swinney was asked about that 2003 meeting Thursday evening after practice.

“Yeah, I tried to forget that. Thanks for reminding me,” Swinney joked. “That was not how I wanted to start off my Clemson career. I was thinking, ‘What have I gotten myself into?’ But they were a really good football team, and we were pretty average at that point, especially early. Now, we finished strong and got better as the season went on, but we were a pretty average team early that year.”

Specifically, the Tigers opened that season 5-4 before winning their final four games, capped off by a 27-14 victory over No. 6 Tennessee in the Peach Bowl at the Georgia Dome in Atlanta.

Clemson enters this season coming off a strikingly similar win, having again beaten a top-10 SEC squad – this time No. 7 LSU by a score of 25-24 – in the same venue and same bowl, now known as the Chick-fil-A Bowl, to close the 2012 campaign.

Even with all those circumstances, Swinney wasn’t ready to say the upcoming game with the Bulldogs would serve as a measuring stick for how far Clemson’s program has come since that 2003 opener.

“I know it’s a monster game -trust me, we all get that – but it’s just an opener,” he said. “We’re going to learn from it regardless of what ends up on the scoreboard. … Our goals are much bigger than an opener.”

Still, the opener is pretty darn big in its own right. ESPN’s iconic “College GameDay” preview show will emanate live from Clemson the day of the game, and the contest will be aired nationally in prime time on the ABC Saturday Night Football series.

With the Tigers having wrapped fall camp Tuesday and taken a day off for the start of classes Wednesday, they turned their attention in earnest to Georgia on Thursday.

Clemson returns seven starters and 17 players who played at least 100 snaps from an offense that set 101 school records (33 team, 68 individual) in 2012, led by the reigning ACC Player of the Year, quarterback Tajh Boyd.

Georgia is led by four-year starting quarterback Aaron Murray – whom the SEC’s coaches tabbed to the preseason all-conference team ahead of Heisman Trophy winner Johnny Manziel – as well as one of the nation’s best backfield tandems in Todd Gurley and Keith Marshall, and five returning starters on the offensive line.

With Georgia replacing seven NFL draft picks on its defense, and Clemson having to replace both its starting safeties, as well as its top tackler, Tig Willard, most pundits are expecting the game to be a shootout.

“We really don’t worry about any of that,” Jarrett said. “The experts, that’s their job to do that, but we know what we’re capable of as a defense. We do want to make a point that at Clemson, we’re about defense. We want to hold them to a low score. We do want to change that perception that’s out there right now.”

Much of that perception stems from inexperience in the secondary, where the Tigers lost a trio of starters in safeties Rashard Hall and Jonathan Meeks and the versatile Xavier Brewer.

But with four experienced players returning at cornerback – Bashaud Breeland, Martin Jenkins, Garry Peters and Darius Robinson – and veterans Travis Blanks and Robert Smith slated to start at safety, Jenkins believes the secondary will be much improved.

“As a defense, we started off kind of rocky last year, and we kept getting better each game,” he said. “And especially the secondary, everybody says we were the weakness of the team in general, so of course we’re going to take that personally. At the end of the day, it really doesn’t matter what people say. Attitude and performance is really what matters.”

While Clemson enters the season ranked No. 8 by both the Associated Press and USA Today Coaches polls – its best preseason ranking since the 1988 team was ranked No. 4 – Georgia has equally lofty ambitions for the season, coming in ranked No. 5 in both polls.

With that, Swinney knows his Tigers will need to put their best foot forward come August 31 if they hope to walk away with a victory.

“Alabama was the No. 1 defense in the country last year, and y’all watched (the SEC Championship) game,” Swinney said. “Georgia kind of had their way. It was toe-to-toe all night. It doesn’t matter who you are and what you put out there on defense, this is a huge, huge challenge for our football team, both offensively and defensively, because they’ve got good players.

“They’re where they are, and deservedly so, so we’ve got to make sure we’ve got our act together and are ready to play at a high level.”