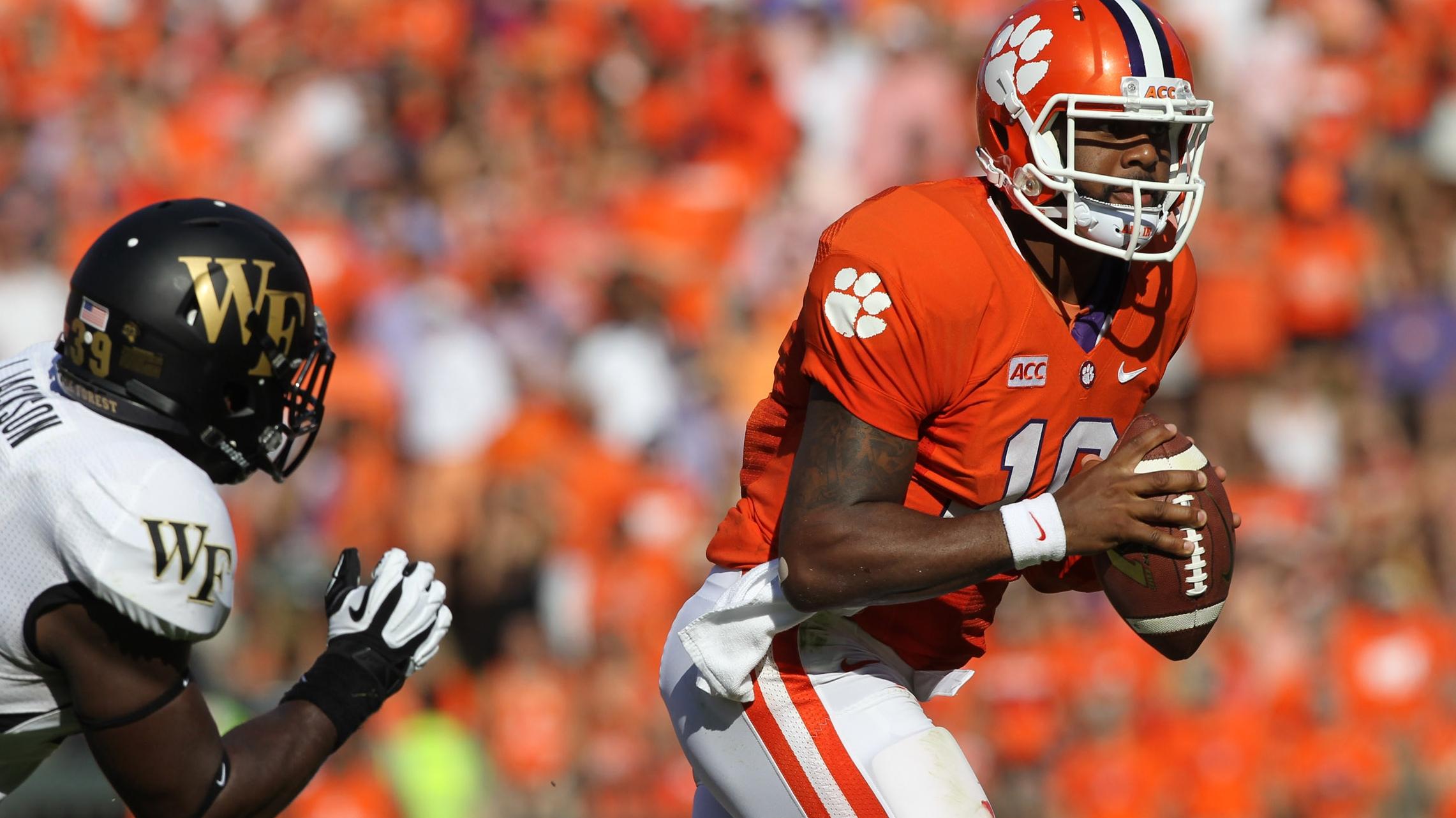 CLEMSON, SC – Dabo Swinney admits Saturday’s showdown with Florida State is the biggest game of the season for his Clemson team. Then again, he says that every week.

“Come Monday, Maryland will be the biggest game of the year,” the head coach said Tuesday at his news conference to preview the tilt. “That’s just our mentality.”

Still, Swinney conceded some games have special circumstances surrounding them, and the looming showdown with the No. 5 Seminoles on Saturday night (8 p.m., ABC) certainly fits that bill.

The game will be the first meeting of top-five teams ever played at Death Valley and only the second such clash in Clemson history, the other being the Orange Bowl at the end of the 1981 season that delivered the Tigers their only national title.

Adding to the hype is the return of ESPN’s iconic pregame show, “College GameDay,” which also came to Clemson for the season opener against Georgia, making this the first time it has visited the same site twice within the first eight weeks of a season.

But Swinney said his third-ranked Tigers (6-0, 4-0 ACC) have enough to worry about against Florida State (5-0, 2-0) without dwelling on the magnitude of the matchup.

“This is a great football team we’re getting ready to play, possibly the best team in the country,” he said. “They’ve got a top-three offense, a top-three defense and explosive players at every position. They’ve got a Heisman candidate at quarterback, a guy that’s playing as good as anybody in the country. Throw on top of all that the fact that this is a division game, and this is what it’s all about.”

Florida State freshman sensation Jameis Winston has thrust himself squarely into the Heisman Trophy mix by completing 73 percent of his passes and throwing 17 touchdowns against just two interceptions.

Behind Winston, the FSU offense is averaging 53.6 points and 549 yards per game.

“I know he’s listed as a redshirt freshman, but he looks like a full-grown man to me,” Swinney said. “He can make plays with his legs and his arm.”

Of course, Clemson has its own Heisman candidate in senior Tajh Boyd, who needs to pass for 164 yards Saturday to become just the third quarterback in ACC history to reach 10,000 yards for his career.

With two of the nation’s most explosive offenses on display, Boyd knows there is a good chance the game will come down to the fourth quarter.

“Growing up I wanted to be a quarterback because I wanted the ball in my hands,” he said. “When it comes down to making a play late in the game when you need it, when you have to have it, that’s always been my thing, regardless of the outcome. You’ve got to love being in that position.”

With the Tigers and Seminoles being the only two teams in the ACC Atlantic Division with records above .500 in league play, the game also looks likely to be the de facto division title game – again.

Clemson lost to the Seminoles 49-37 in Tallahassee, FL, last season in a game that saw FSU roll up 667 yards of offense, and Swinney said he didn’t particularly enjoy looking back at the film from that night.

“We weren’t very good last year (on defense). I had to turn it off,” he said. “It wasn’t pretty. They kind of had their way with us.”

But Swinney said the Tigers’ drastic improvement on the defensive side of the ball this season makes him optimistic his team will fare much better this time around.

While Clemson ranked 60th in the nation in total defense entering last year’s game, according to Swinney, it enters Saturday’s matchup ranked 10th, giving up just 16.2 points per contest.

The Tigers actually rank higher nationally in scoring defense than they do scoring offense (17th, 40.8), and they lead the country in sacks per game (4.0), tackles for loss per game (10.2) and third-down defense (23.7 percent).

While Clemson entered the season known for its high-octane offense, it is quickly building a reputation on defense as well.

After last week’s 24-14 win over Boston College, the Tigers have held five straight foes to 14 points or fewer, the first time they have done that in a season since the last five games of Danny Ford’s tenure as head coach in 1989.

Boyd admitted the defensive resurgence this season has also buoyed the offense.

“I think it’s a confidence factor, just the expectation that we know what the defense is going to do, that the defense knows what we’re going to do,” he said. “And if one or the other is down for a little bit, you know it’s not going to be for long.

“Just understanding that they have our back and vice versa has been really good. I think you’re seeing this team grow right before your eyes.”

The Tigers will have a chance to show just how much Saturday night.