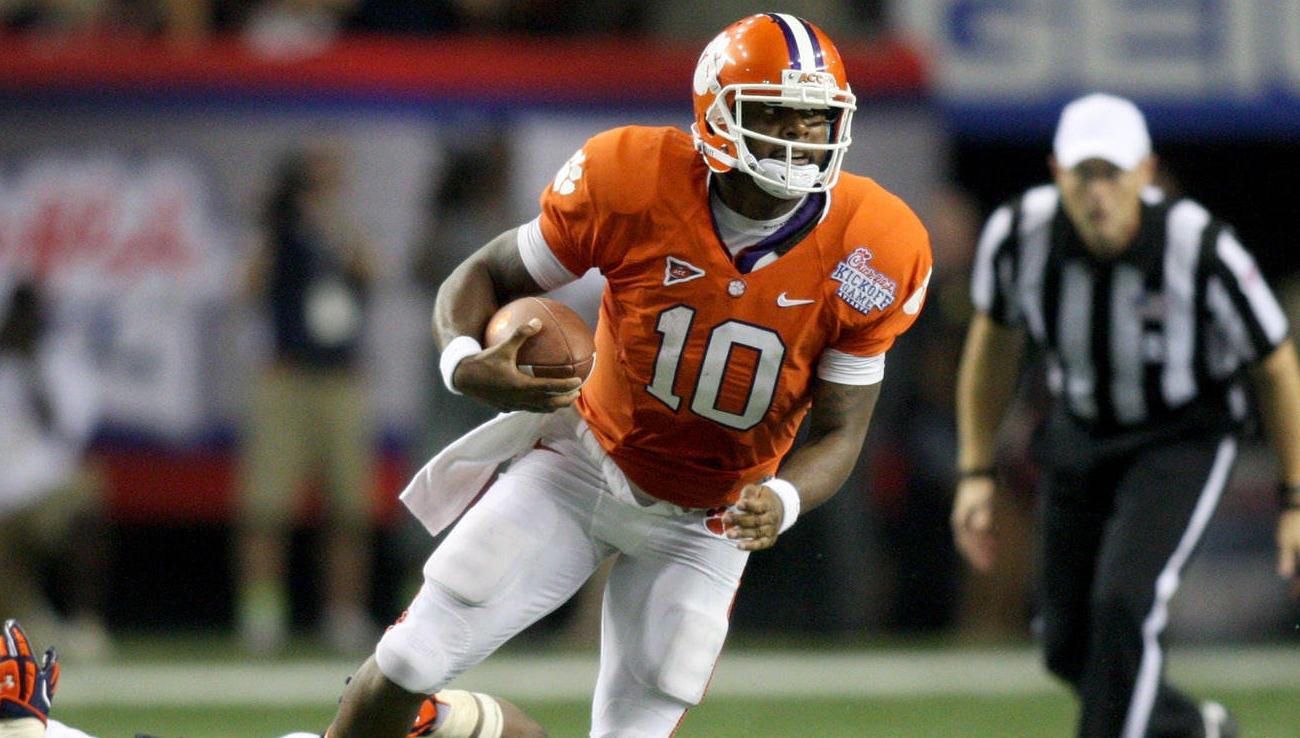 CLEMSON, SC – As much fun as Head Coach Dabo Swinney and his Clemson football team had Saturday night in Atlanta, the Tigers can’t wait to get back on their own turf for this weekend’s home opener against Ball State.

“It should be a great day,” Swinney said Tuesday during his weekly news conference to preview the tilt. “Looking forward to getting back together with 85,000 of our best friends.”

Clemson (1-0), which jumped two spots to No. 12 in the latest AP poll, will host the Cardinals in a game that is turning into a once-a-decade affair. The Tigers are 2-0 all-time against Ball State, and the two previous games were played in 1992 and 2002.

Ball State enters off a 37-26 win over Eastern Michigan in its season opener, a game that saw the Cardinals roll up 596 yards of offense and run 96 offensive plays.

Coming off their 26-19 win over SEC foe Auburn in the Chick-fil-A Kickoff Game, the Tigers are especially eager to take their home field Saturday and check out the new-look Memorial Stadium, along with their fans, for the first time on game day.

“Atlanta was great, but there’s nothing like playing here at home,” center Dalton Freeman said. “We’ve got all the new additions with the sound and the Jumbotrons and everything else, so we’re just looking forward to getting back home.”

As he noted, Clemson gave Death Valley a facelift in the offseason, putting in a brand new Jumbotron on the primary scoreboard above The Hill, along with two more on either side of the WestZone and “ribbons” – long, scrolling screens for graphics – along the facings of both upper decks. Also new to the stadium are the team’s banners for winning the 2011 ACC Championship and Atlantic Division title.

With all the upgrades, junior quarterback Tajh Boyd couldn’t help himself from sneaking a peek.

“I was looking at those orange seats out there, and I can feel the electricity already,” Boyd said. “The grass is looking real good, the Jumbotrons are looking great. So, I’m excited about it.”

Boyd and the Tigers gave fans plenty of reason to be excited about the season as well on Saturday, by rolling up 528 yards of total offense in the victory. Boyd threw for 208 yards in the win, the 14th time in 15 games as a starter he has eclipsed the 200-yard mark.

Even after opening in impressive fashion, Swinney knows his Tigers are very much a work in progress. But with a team that features only 12 seniors, 11 of whom came to Clemson on scholarship, the coach is pleased with his young team’s progress.

“Practice can only tell you so much,” Swinney said. “I found out a lot about some guys that was very encouraging.”

Beasley and the offensive line, in particular, were perhaps the Tigers’ biggest bright spot. Clemson returned just two starters up front from last season, Freeman and tackle Brandon Thomas, but the line paved the way for Andre Ellington‘s huge night and a 320-yard team rushing performance.

“Going in, I felt like we all had something to prove,” Freeman said. “The spotlight has kind of always been on the offensive line since I’ve been here, we’ve been called soft. And we’re just ready to change all that.”

Defensively, the Tigers gave up 374 yards of offense to Auburn, but allowed only one touchdown on the night, as Defensive Coordinator Brent Venables made a stellar debut by forcing four field goals and helping break an Auburn streak of eight straight wins in games decided by eight points or fewer.

“Probably the thing that was most encouraging to me was they only scored one touchdown,” Swinney said. “Somebody might go up and down the field, but how many times did they cross the goal line? That’s the objective.”

As for being able to get his team ready to play against Ball State in the wake of such a momentous season-opening win, Swinney wasn’t worried about that at all.

“Shouldn’t be difficult,” Swinney said. “If it’s difficult to get ready to play one of 12 games that you worked all year for, then we’re not going to be a championship team. It’s that simple.”