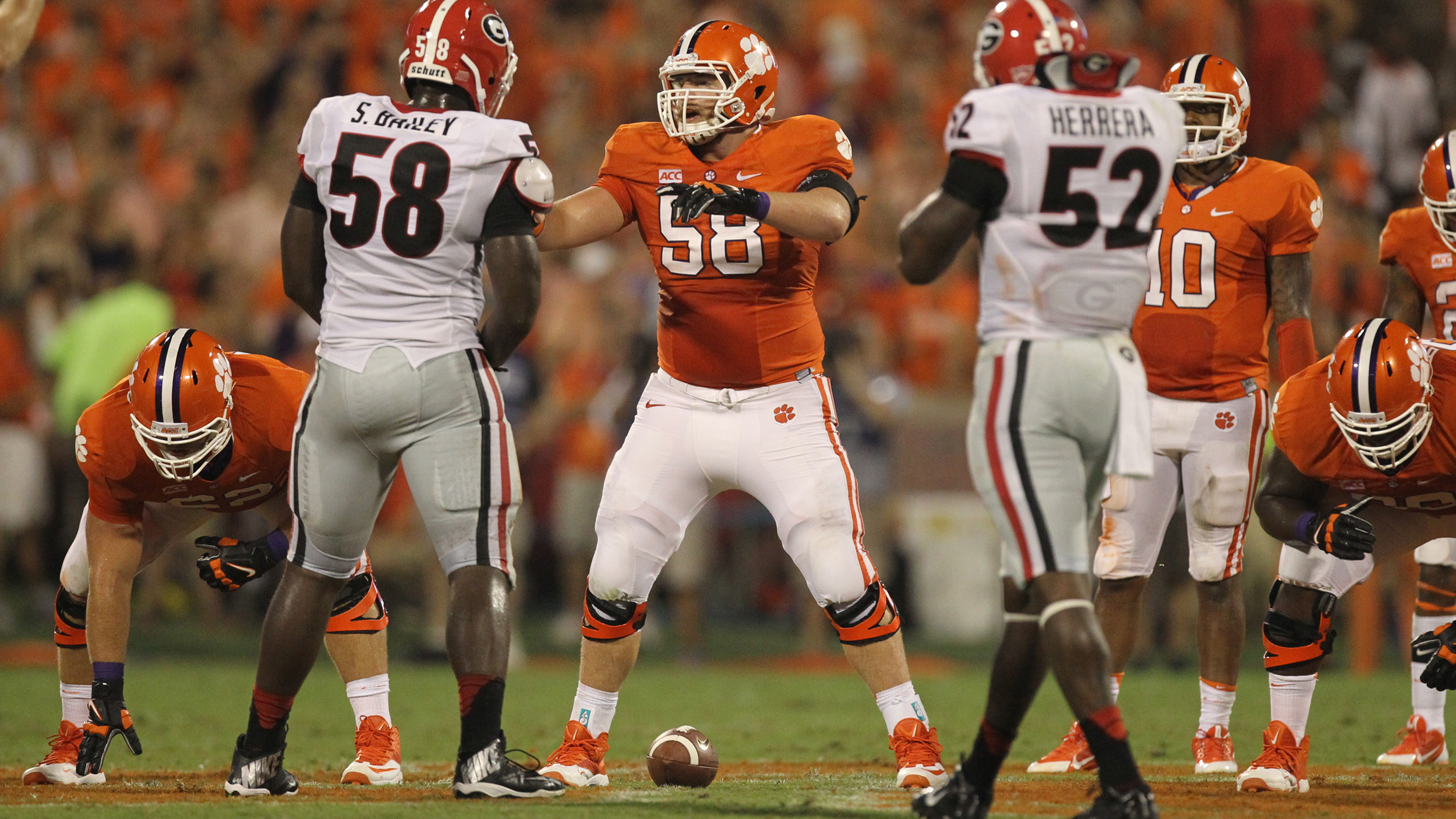 FORT LAUDERDALE, FL – Bowl practice isn’t only about finishing one season, it’s also about setting the tone for the next one.

Clemson redshirt freshman quarterback Chad Kelly said head coach Dabo Swinney told him the team’s 15 practices leading up to Friday’s Orange Bowl game against Ohio State would be the most important practices of his career.

“We’re going into a situation next year where the (quarterback) job is open, and it’s also about making Tajh (Boyd) better too because he’s getting ready to leave for the NFL and wants to be the best he can,” Kelly said. “We are trying to keep on pushing each other with the competition we have and everyday just fighting.”

The quarterback battle will be easily the most prominent storyline once the Tigers reconvene for spring practice in March, with rising senior Cole Stoudt, Kelly and ballyhooed recruit Deshaun Watson, who is set to arrive on campus in the coming days, set to compete for the tall task of replacing the record-setting Boyd.

Most could easily guess Boyd is Clemson’s all-time leader in passing efficiency, but might be surprised to learn Stoudt – who has completed nearly 80 percent of his passes and thrown five touchdowns without an interception this season – ranks second on that list.

The fact a player with his credentials is anything but the clear-cut heir apparent to the quarterback job speaks volumes about the talent of Kelly and Watson.

TEAM BUILDINGClasses start at Clemson on Jan. 6 for the first spring semester, and later next week, the team will hold its first meeting after returning from Miami.

For the first time, when the players and coaches look around the room, Boyd won’t be there to greet everyone with his typical jovial mood. Neither will Roderick McDowell or Brandon Thomas or Spencer Shuey or Tyler Shatley – and the list goes on.

In their places will be Watson and several other midyear enrollees, and something will dawn quickly on everyone involved: “It’s a new team.”

“It takes a few weeks, I think, to start settling in and for everybody to adjust to different roles,” Swinney said. “Guys that they’ve been listening to are no longer there. So once they roll into that offseason program the next week and then we get back with them and really get going into our mat drills and all that kind of stuff, I think that’s really when your football team starts to jell a little bit.”

One of the things Clemson does in order to encourage team-building is to draft what Swinney calls “accountability teams,” which are designed to make the players hold each other accountable away from the gridiron.

Accountability leaders are chosen, the leaders draft teams, and the teams compete in a host of areas, such as academics, attending study halls, working with tutors – even wearing the right gear to workouts.

“Everything counts,” Swinney said. “It’s all on a point system, and there is discipline involved. So, that’s one of the ways we develop a team within the team, by breaking them down into those small groups.”

GETTING DEFENSIVEWhile much of the focus entering next spring will surround the quarterback battle – and the competition to replace McDowell at tailback will also be one to watch – there is plenty of need for players to emerge defensively, as well.

Much was made of the influx of talent in February when Clemson signed a whopping eight defensive backs to bolster its secondary. But that impact wasn’t felt as much this season as it will be next, as many of those players redshirted.

The one true freshman defensive back who has played a major role has been 6-foot-4 safety Jayron Kearse, who is second on the team with three interceptions, tied for seventh with 46 tackles and is slated to start at safety in the Orange Bowl.

“Jayron’s just scratching the surface on what he’s going to be,” defensive coordinator Brent Venables said. “He was kind of forced into action, but even prior to losing our starting free safety (Travis Blanks) earlier, we wanted to find more and more ways to get him involved sooner rather than later.

“The more he plays, the better he gets. He has made mistakes along the way, like all young players will, but he’s incredibly prideful and has good football intelligence and wants to do right by his teammates.”

The most touted of this year’s freshman defensive backs was Mackensie Alexander, who was ranked the No. 4 overall player in the country out of Immokalee, FL, by ESPN and was expected to compete for playing time immediately.

Instead, Alexander injured himself during individual workouts over the summer and struggled to recover enough from the injury to even practice full-speed until late in the season, by which point a redshirt was the logical choice.

“He’s had a surgical procedure done,” Venables said. “I’d be lying if I said I knew exactly what it was, but something in the groin area. He’s incredibly talented.

“He’s healthy now and practicing. He’s a terrific football player that obviously we’re really looking forward to getting out on the field. He’s a playmaker. He’s tough, physical, instinctive, got great cover skills and very prideful.

“Fortunately, we played really pretty good at corner this year in an area that was a lot of unknown.”

LEAD DOGSWith the departure of players such as Boyd, McDowell and Shuey, a leadership void is also created, and Swinney said it’s always interesting to see who rises to the task of filling that void.

“We’ve got a lot of guys,” Swinney said. “First of all, you hope to see a guy like Cole Stoudt, who’s been around here for awhile, assert himself. I think he has good respect from all the players.

“You look at the offensive line and a guy like Ryan Norton, even though he’s only going to be a junior. Here’s a guy who’s played and established himself and has earned the respect of his teammates with a great work ethic. You look over at the linebacker position at Stephone and Tony Steward and those guys.

“We’ve got a bunch of guys in the secondary, such as Garry Peters, Robert Smith and Bashaud Breeland. We’ve got a really good junior and sophomore group on this football team that will become seniors and juniors next year, which is fun because I think we’re going to have the most upperclassmen that we’ve had in quite a while.”

Clemson loses 18 seniors off this year’s squad, but many of them are original walk-ons and reserves, while only seven players remain from Swinney’s first signing class, dubbed “The Dandy Dozen.”

While it isn’t huge in numbers, the 2013 seniors class could hardly have been bigger in terms of impact, as it has a 37-15 overall record, including a 31-8 mark over the last three years.

Of course, next year’s seniors will have been part of all three of those seasons, too.

“This senior group coming back next year has won a bunch of ball games, and with that comes confidence and a mentality and expectations and work ethic,” Swinney said. “The more guys you have who understand that makes your job easier, because that’s where it starts and then it resonates from there.

“I really like where we are from an upperclassmen standpoint. We’re not losing a bunch of seniors, but we’re losing some really good players, and good people and good leaders. That’s always hard to replace, but I like the group that’s moving up and I like that sophomore group that’s moving into juniors. I think we’re going to have a really solid group of upperclassmen on next year’s football team.”