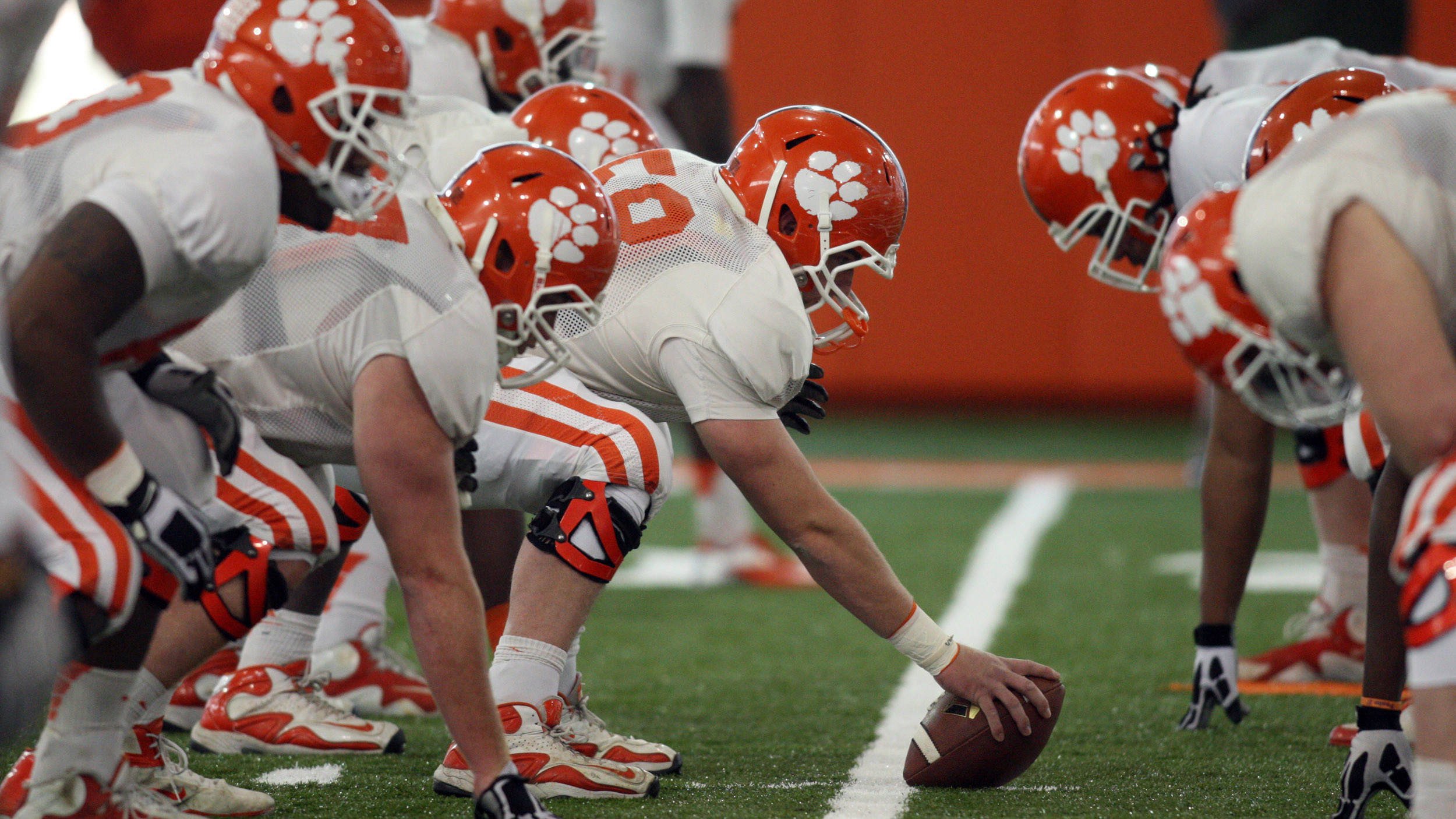 CLEMSON, SC – No player in the history of Clemson football has played as many snaps as Dalton Freeman, so it comes as no surprise his departure leaves quite the void in the Tigers’ offensive line.

The void isn’t so much at the center position that Freeman manned for the past four seasons, however, as it is in terms of leadership.

With that, Dabo Swinney challenged rising senior guard Tyler Shatley in front of the team at the onset of spring ball to take on the mantle of leader of the offensive line.

“There’s not a better guy that leads from an example standpoint,” the Clemson head coach said of Shatley. “He’s going to do everything to the nth degree, way above and beyond what’s required. That’s just who he is. He’s a great leader.”

While Shatley admits being a vocal leader doesn’t exactly come naturally, he’s tried his best to take a page from Freeman in that regard.

“(Freeman) was just one of those guys – he could lead by example and was a great motivator,” he said. “Everybody wanted to do well just for him.”

Replacing Freeman at center, where he played 3,370 snaps and started 49 contests during his career, is redshirt sophomore Ryan Norton, who played 277 snaps in 12 games last season and by all accounts has done a stellar job in the role this spring.

“Norton’s been doing a really good job, and a quarterback’s best friend on the team is that center,” All-American quarterback Tajh Boyd said. “We’ve had a really good bond, a really good chemistry, and he’s been snapping the ball really well. He’s one of the hardest-working guys that I know.”

With Norton locking down the starting center job and the rest of the offensive line returning intact – Brandon Thomas at left tackle, Kalon Davis or David Beasley at left guard, Shatley at right guard and Giff Timothy at right tackle – it might seem the line is basically set in stone, but Swinney said that is not nearly the case.

“Work in progress,” he said. “We’re not there yet. … We’re mixing and matching a lot of different guys, trying to see different combinations. We’re a long, long way away from being championship-caliber yet, but making progress.”

The primary reason the line is still in flux seems to be one player: sophomore tackle Isaiah Battle.

At 6-foot-6, 280 pounds, Battle has the prototypical size and athleticism to start at left tackle, and Swinney admits that is exactly what he would like to see happen.

If it did, Thomas – an All-ACC left tackle himself last season – could either move to right tackle or left guard, and thus set off a chain reaction on the depth chart to get the best five offensive linemen on the field.

The problem with that scenario, according to Swinney, is Battle has hardly set the world afire in spring practice.

“He’s got all the talent in the world, but I wouldn’t say I’m just over-the-top pleased with his performance this spring,” he said. “Just inconsistent. It’s really just having the focus and the drive everyday to be your best, and until he commits to that he’s not ever going to be what he’s capable of being. He’s going to be a good player – I don’t have any doubt about that – it’s just a matter of when.”

And with that question yet to be answered, offensive coordinator Chad Morris does not envision the Tigers leaving spring practice with an answer on what the starting O-line will look like this fall.

“I really don’t,” he said. “I think it’s going to be well into fall camp. I’ve got an idea of what I would like to see, but I’m not ready to play a game yet.”

Still, Shatley said Norton’s emergence at center has helped solidify the group, which he said feels comfortable with its current composition and he believes will be much improved over last season.

“Right now our set five is Brandon Thomas and either Kalon Davis or David Beasley and then Ryan Norton, me and Giff Timothy,” Shatley said. “But we’re trying to work in some depth, and Isaiah Battle is doing real well. You’ve got Reid Webster behind me, who is doing a great job, and Jay Guillermo has come along and Joe Gore is coming along to. So we’re trying to work on some dependable depth, and those guys are doing a great job.”