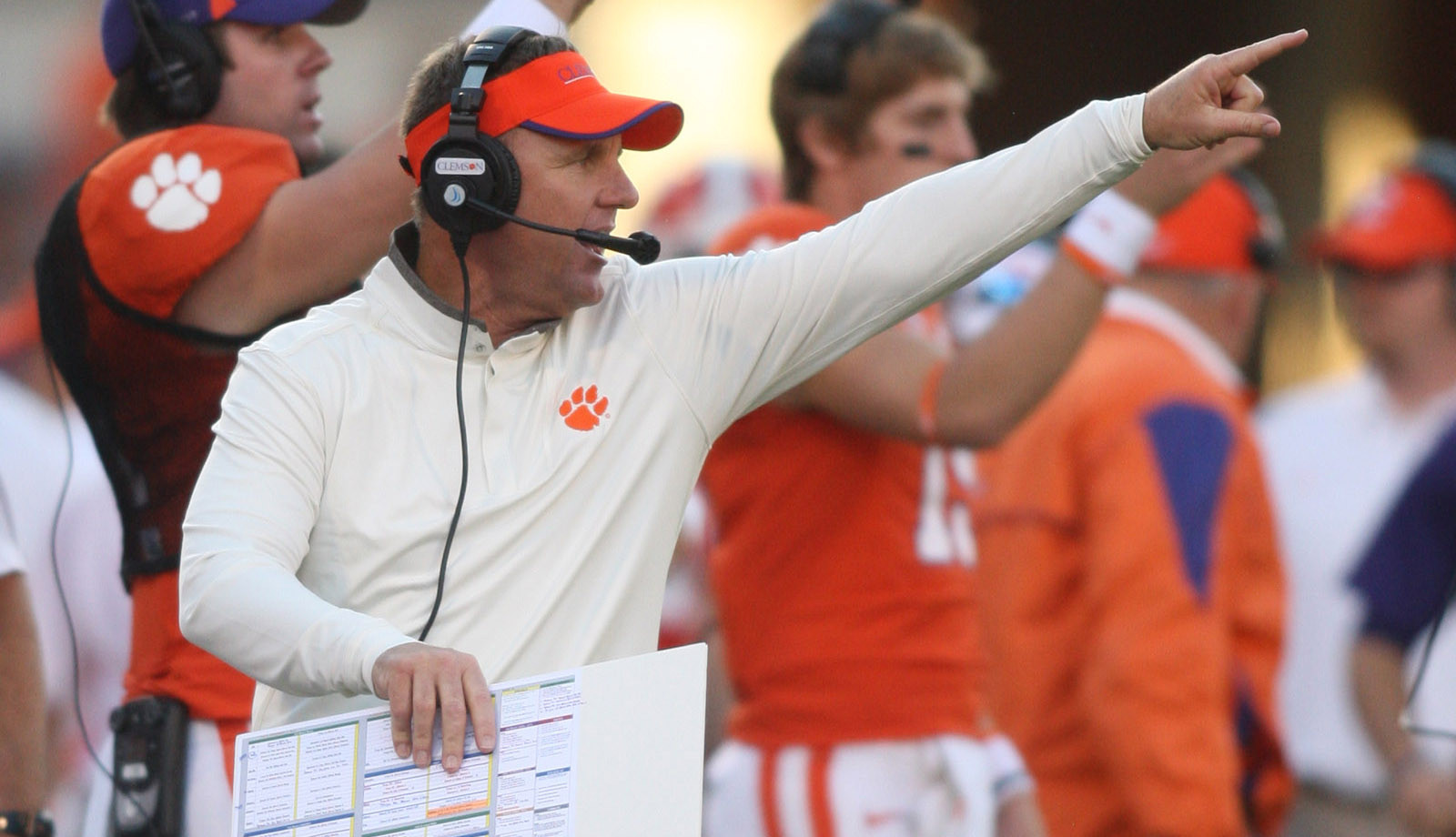 ATLANTA, GA – Tajh Boyd says Clemson’s offense strives to be considered the “most explosive” in the country. He knows the Tigers have an opportunity to make great strides in that regard when they square off in the Chick-fil-A Bowl against an LSU defense renowned for its stinginess.

Suffice it to say, the matchup between Clemson’s offense, which has tallied at least 37 points in 10 of 12 games, and LSU’s defense, which has allowed more than 22 points just once, was the primary talking point.

According to Chavis, Clemson’s offensive success boiled down to one thing: talent.

“They might have one of best corps of receivers in the country,” he said. “You start looking at a tailback (Andre Ellington) that has tremendous speed. You start looking at a quarterback that can run and throw, and they’ve got a lot of options for him. They’re a very, very talented offense.

“If not the (most), they certainly would rank talent-wise with any offense we’ve faced this year.”

“They are very well-coached and have tremendous talent on that side of the field, and we’ve just got to figure out a way to stop them,” Minter said. “Chief has put in a great game plan, and if we stick to it, then I feel like we can stop them.”

The Tigers of the ACC led their league in both scoring offense and total offense, and are led by Boyd, the ACC Player of the Year, who leads the nation in touchdown responsibility with 43.

Minter said, from watching Boyd on film, he compares favorably with Texas A&M quarterback Johnny Manziel, who played against LSU on his way to becoming the first freshman ever to win the Heisman Trophy.

“I think Tajh Boyd may have a better arm, a little more accurate, but other than that they are pretty much one and the same,” Minter said. “They both bring a lot to their teams, and they are both playmakers.”

Of course, making plays has been extremely difficult to do against LSU, which ranks 11th nationally in scoring defense (16.92) and eighth in total defense (296.2).

“They are very sound, well coached, they play fast, they play aggressive, and I think the biggest thing when you watch LSU’s defense is a defensive front four that is not just four guys,” Morris said. “They’re rotating guys in. They’re two-deep at every position up front, and they do a really good job of getting their guys in and out.

“The biggest thing that we’ve got to do is come out and play our game. … It’s more about the Clemson Tigers than it is the LSU Tigers.”

As for the opposite matchup between the Clemson defense and the LSU offense, Venables said the Tigers of the ACC had been working with defensive tackle Tra Thomas as the scout-team fullback and linebackers Lateek Townsend and T.J. Burrell as scout-team tailbacks to prepare for LSU’s big, physical running backs.

LSU’s top two rushers, Jeremy Hill and Kenny Hilliard, both weigh more than 230 pounds, and the next two after them, Michael Ford and Spencer Ware, go 215 and 225, respectively.

“They have a very intense, physical and aggressive mindset in how they run the football,” Venables said. “They’re running downhill. It’s not just the isolation play, but their whole mentality is to be in attack mode. It’s exciting because they’re not trying to trick you. Their form of a trick play is a play-action pass.

“That being said, it’s going to take a collective effort. You’re going to have to play a lot of guys, and you’ve got to have a mindset that you’re going to play it the hardest, the longest and the toughest.”

“They’re a very physical team,” Brewer said. “Going through the film, watching their games, it seems like they get more physical as the game goes on. So we’re definitely going to have to play with a hard edge the entire game. They’ll pound it on you, but they’ll also take shots. So, in the secondary, we’re going to have to be very sound in our technique and just not give up any big plays. That’ll be a big key to the game.”

But clearly the matchup all eyes will be on Monday is the one between Clemson’s high-powered offense and LSU’s stout defense. And while both sides said they felt confident in the game plans they had put together, Morris said at some point it would simply come down to the players – starting with Boyd, the first-ever first-team All-American quarterback in Clemson history.