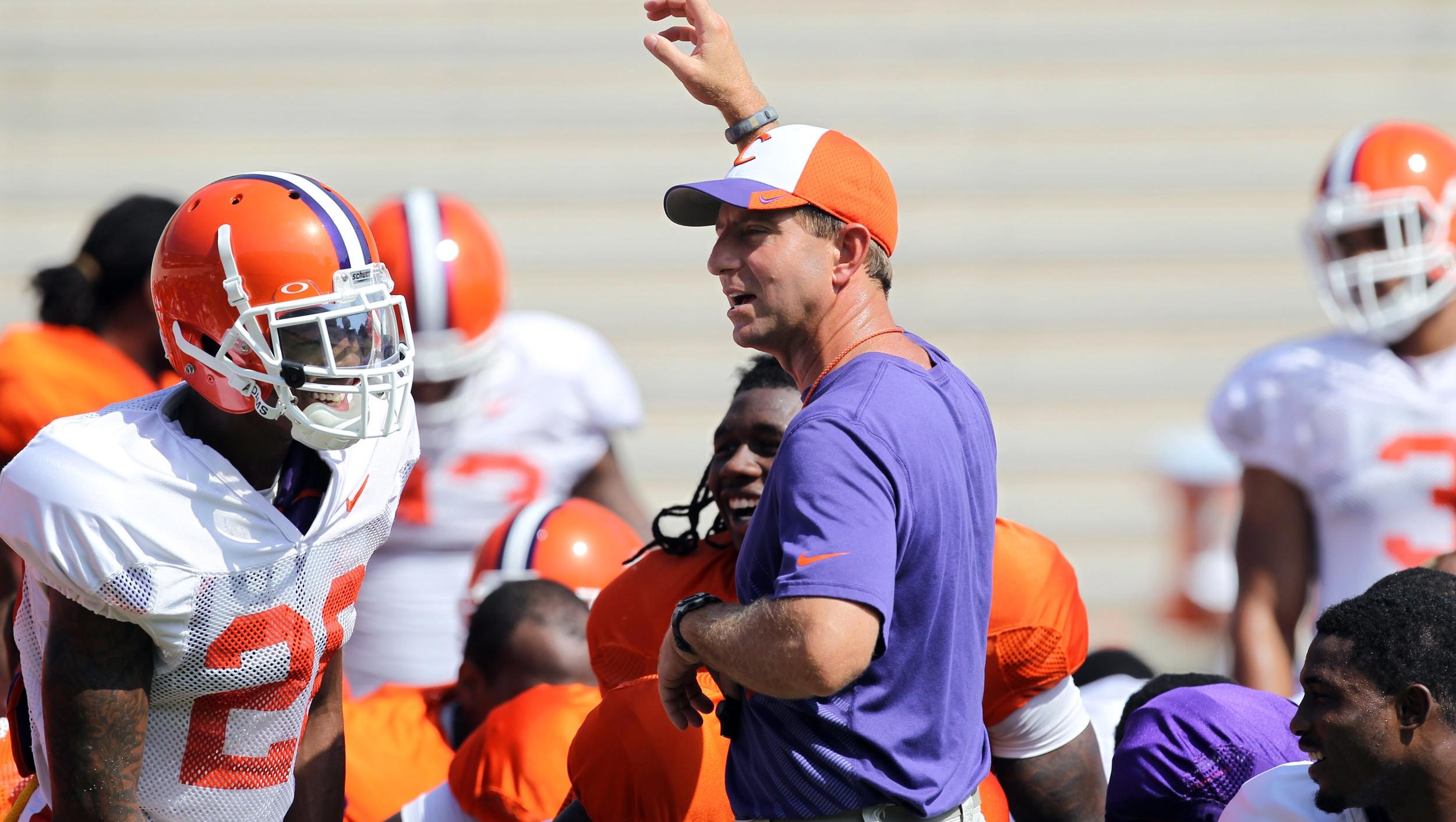 CLEMSON, SC – Brent Musburger received a text message recently from a friend in Clemson that read, “If Clemson were in the SEC, this would be the closest distance between two SEC teams,” he said.

The message was referring to the distance between Clemson and Athens, GA, the home of the Georgia Bulldogs, against whom the Tigers will open their season at Memorial Stadium on August 31.

Seventy-five miles apart, Clemson and Georgia would be the shortest drive between schools in the Southeastern Conference, besting the 99 miles from Starkville to Oxford, Mississippi, the homes of Mississippi State and Ole Miss, respectively.

Of course, the Tigers and Bulldogs are not in the same conference, but the proximity and history between the two programs led Musburger to dub their looming clash “a good neighborhood rivalry.”

“I’m sure a lot of these players have competed against each other at the high school level,” he said. “I honestly see one disadvantage for Georgia, and that’s excluding the home-field advantage for Clemson. I think the fact the Bulldogs are looking up and see South Carolina (on their schedule the following week) and it is the conference opener for them, I think that could be a distraction for players and coaches alike.”

Musburger and Kirk Herbstreit will work their eighth season together on the ABC Saturday Night Football series, the highest-rated and most-viewed college football series on any network in 2012, and will open the campaign by calling the Georgia-Clemson game on ABC.

The television tandem took part in a conference call Tuesday afternoon to discuss the matchup, along with other college-football-related topics ahead of the season.

Last week, ESPN announced its iconic pregame show, ‘College GameDay,’ of which Herbstreit is also a part, will broadcast live from Clemson on the day of the game.

“You look at (Clemson) on paper, and it’s hard not to love their offense, even though they lost Andre Ellington and DeAndre Hopkins, who are off to the NFL,” Herbstreit said. “Just because Tajh Boyd comes back – he seems to be almost an extension of (offensive coordinator) Chad Morris with his familiarity in the system. It’s a very difficult system to prepare for, so having a veteran quarterback like Tajh is huge. I think they have a ton of talent around him and they’re going to score a lot of points.

“With the defense in their second year now under Brent Venables, I think that will help them to be able to be a little bit further along – and they are going to need to be further along because that first game, as we all know, is against Aaron Murray and a pretty explosive offense.”

Georgia also appears strong on offense with quarterback Murray returning, along with one of the nation’s top backfield tandems in Todd Gurley and Keith Marshall, and all five starters along the offensive line.

“The thing about Georgia I’m looking forward to is – much like Tajh Boyd – you’ve got Aaron Murray who will be a four-year starter in the SEC,” Herbstreit said. “I was down in Athens a week ago, and this looks like a veteran team, especially on the offensive side of the ball, that really believes they’re going to have a great year.”

Likewise, Clemson enters the year with high expectations. The Tigers are ranked No. 8 in the USA Today Coaches Poll, their highest preseason ranking since 1988. With Georgia checking in at No. 5 in the poll, the game will mark the first time in Clemson history it has opened its season with a matchup of top-10 teams.

For that very reason, Musburger said the Tigers have an opportunity to prove they are deserving of their preseason ballyhoo against the Bulldogs.

“They read very well because they’ve got offensive names back,” Musburger said. “We’re familiar with the Tajh Boyds, et cetera, et cetera. But I don’t know if we’re going to find out really how good they are until they go toe-to-toe with Georgia.”

While the Bulldogs have a bundle of returning talent on offense, they are looking to revamp their defense after having seven defensive players selected in April’s NFL draft – including two first-round picks – and five more sign free-agent contracts.

“If there was one concern I would have if I’m a Georgia Bulldog, it would be breaking in a lot of new faces in the secondary against a very confusing and difficult scheme to prepare for with a veteran quarterback and a lot of big playmakers,” Herbstreit said. “If I’m a Georgia fan, my big thing is not giving up a lot of big plays to Clemson.

“If they can avoid giving up big plays and keep that crowd somewhat tame, they’ve got a shot. That game on paper looks like a shootout. That looks like whichever quarterback is going to have the ball last could end up winning that one.”