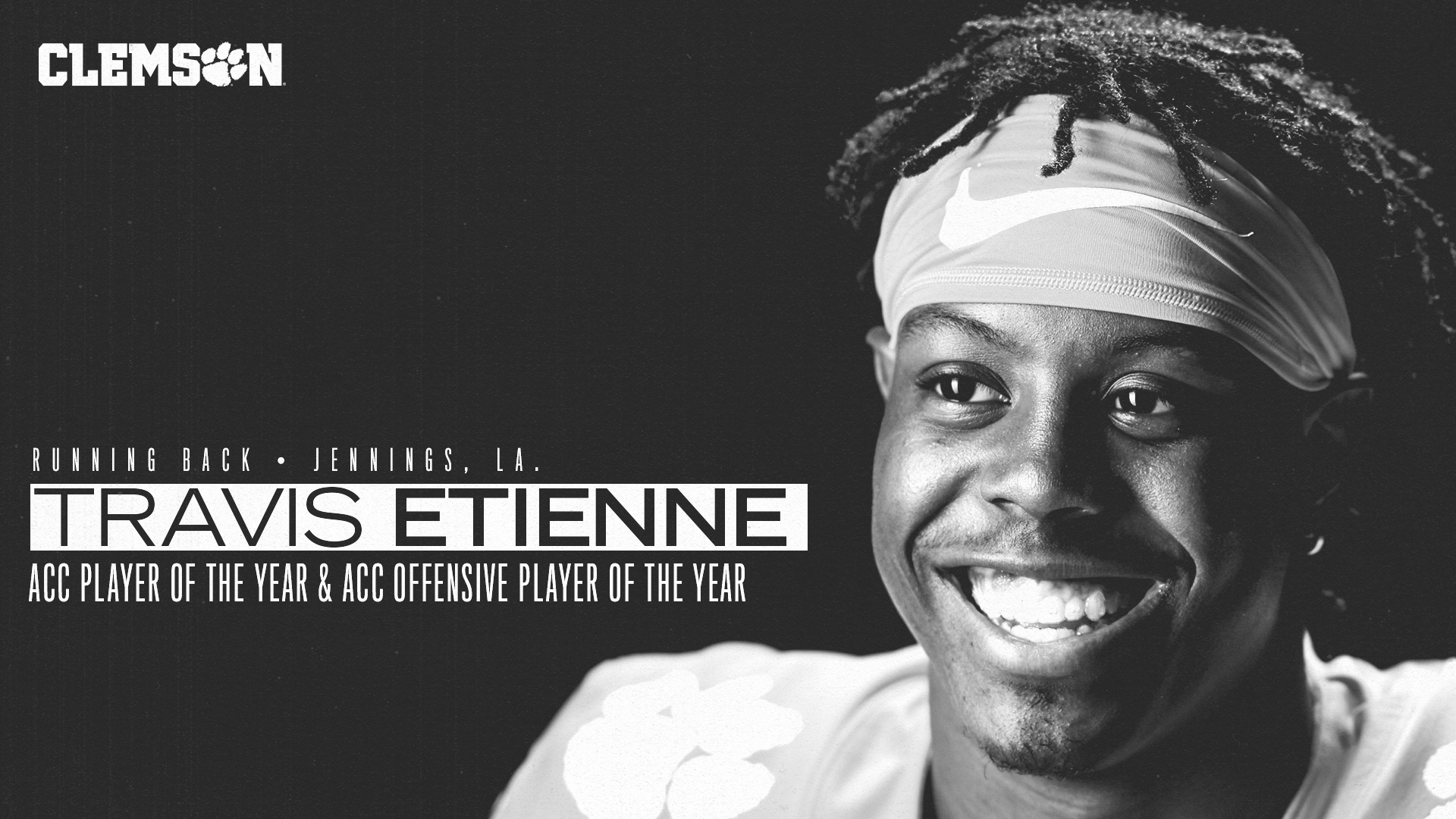 GREENSBORO, N.C. (via theACC.com) – Clemson sophomore running back Travis Etienne has been named the Atlantic Coast Conference Football Player of the Year, the league announced Wednesday.

Clelin Ferrell, the Tigers’ junior defensive end, made it a Clemson sweep as he was recognized as the league’s Defensive Player of the Year.

The award winners were chosen by a vote of a select 46-member media panel and the league’s 14 head coaches.

The Jennings, Louisiana, native also leads the ACC and ranks second in the nation with 19 rushing touchdowns, and he owns one scoring reception on the year for a total of 20 TDs.

Ferrell’s intimidating presence is another reason Clemson will carry a 12-0 record and a No. 2 national ranking into Saturday night’s Championship Game. The 6-foot-5, 260-pound native of Richmond, Virginia, leads the ACC and ranks eighth nationally with 10.5 quarterback sacks, and his 15.5 tackles for loss are the fourth-most among conference players.

Ferrell has helped the Tigers limit opponents to an average of just 14 points per game while netting a mere 82.7 rushing yards per game and 283 total yards per contest. The 2017 All-American was voted the ACC Defensive Lineman of the Week on Sept. 10 and is a candidate for numerous national honors this season.

ACC Player of the Year voting: