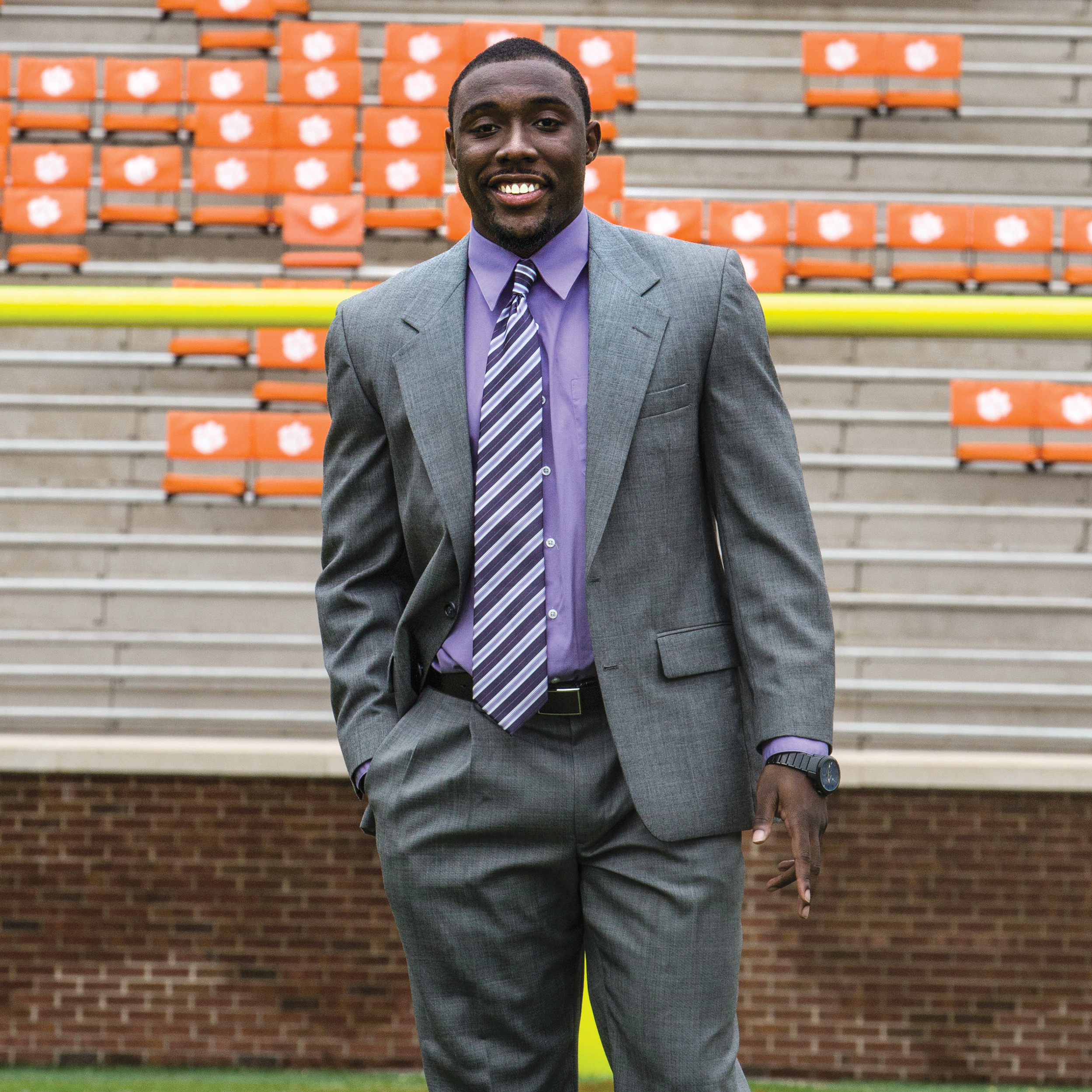 Taylor Watson was an original walk-on to the team out of Woodmont High School near Simpsonville, S.C. Simpsonville makes for about a one-hour commute for his parents, even though his father might know his way to Clemson better than anybody else in that area.

Ronald Watson roamed the secondary as a four-time letterman at Clemson. His first year was a memorable one for Tiger fans in Clemson’s 1981 National Championship season. However, it was not until 1983 that the elder Watson was able to stay healthy and make an impact on the gridiron.

After playing just three games in 1981 and eight in 1982, Ronald played all 11 in 1983, starting eight. He was an All-ACC pick by AP and the sportswriters the next year and was named an honorable mention All-American.

Ronald set the school record for tackles by a defensive back (17) against Georgia Tech and had 92 tackles that year, second-most by a Tiger defensive back in history. The media dubbed him “Captain Crunch” for his popping hits.

That would all make for some heavy expectations for Taylor, a safety himself, had he not received some simple advice.

“They told me to go out and have fun, to play and enjoy the moment,” said the younger Watson.

Watson is the third from his family to suit up in Clemson orange. Taylor’s older brother, Ronald, was a running back for three years with the Tigers as a walk-on and civil engineering major himself. He was mainly a scout-team player, mimicking opposing running backs on a weekly basis, but lettered in 2009.

The older brother left an impact that Taylor exemplifies to this day through the path he has taken and the future that is in front of him.

“As a civil engineer, hopefully I can work at an engineering firm somewhere,” said the recent Clemson graduate of his career plans after his time on the field and in the classroom have expired. “I’ve wanted to do that ever since my brother did the same thing. It just seems like we’ve been following each other’s footsteps.”

Taylor’s own footsteps took him across the stage at Littlejohn Coliseum in August to accept a diploma that he had worked hard to acquire.

“It was a great accomplishment,” said Watson. “Coach (Dabo) Swinney stresses about getting that degree and being set for life, and I was very glad to accomplish that.”

But Watson does not stop there when recognizing the impact Swinney has had on him and his teammates.

“I’ve been fortunate just to be around him. As he says, ‘best is the standard’.”

“Best” certainly has been the standard in his four years at Clemson. The Tigers have 37 wins and have a chance to break the current record of 40.

Watson, in the same mold as his father but about 20 pounds bulkier, has primarily served on special teams over that span, accumulating 13 tackles in 77 snaps over 23 games in his career.

The final chapter in a trilogy of Watsons to suit up for Clemson has seen success, both in the classroom and on the field, and now has the ability to lead that next generation of Tigers. He already has done so by mentoring his teammates and knows what he would say to those coming in once his time is done.

“I’d tell them to buy in and stay committed, on and off the field. Having that attitude can set you up for life.”

It certainly can, and he is proof.