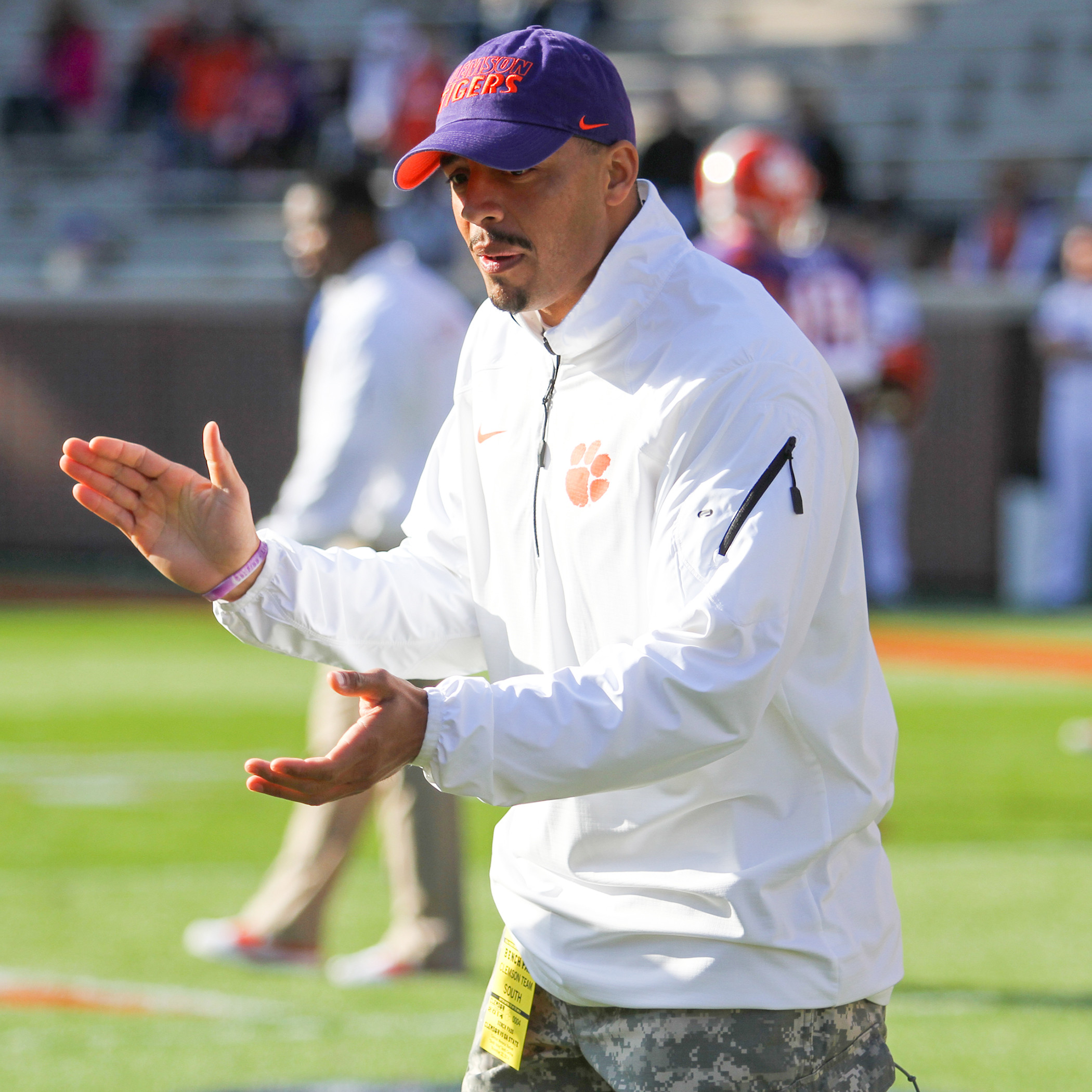 CLEMSON, S.C. – Assistant Coach Tony Elliott was named ACC Recruiter-of-the-Year by Scout.com. The website that covers college football with an emphasis on recruiting named a top recruiter in each conference after the conclusion of National Signing Day last Wednesday.

“He ‘killed it’ out of state, helping Dabo Swinney and Clemson reel in a trio of four-star prospects and a five star,” said Jamie Newberg of Scout.com.

Elliott, a 2002 Clemson graduate with a degree in industrial engineering who played the 2003 season as a graduate, was named co-offensive coordinator along with Jeff Scott at the end of the 2014 regular season. Clemson responded with a 40-6 victory over Oklahoma in the Russell Athletic Bowl.