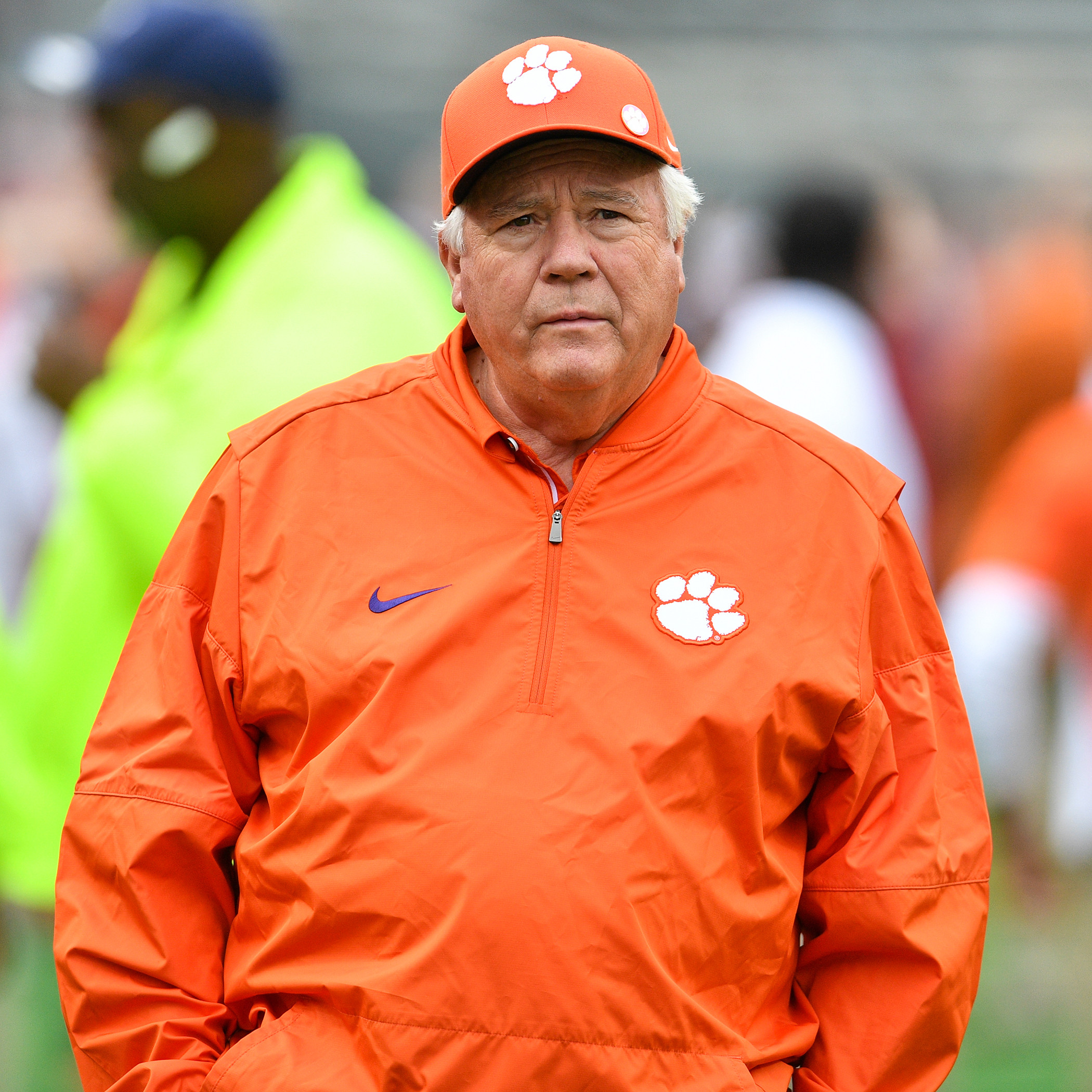 Now, let’s not get too emotional, because he will still be around, including the football team. The affable doctor who is approaching his 70th birthday is just pulling back a bit. Bowman won’t be at every practice like he has for the last 30 years. He has had just six days off per season from Aug. 1 through the national championship game in January each of the last two years and is on pace for the same attendance standard this year.

Bowman won’t travel with the football team and may come to practice only once a week. He will still work with other Tiger teams, including basketball. But the days of getting home at 5 a.m., after a road night football game are over.

“It takes a while to recover from those night road games,” he said with a smile.

Dr. Steve Martin, who has worked with the program and other Tiger teams for many years, will take over Bowman’s position next fall.

Bowman has a lot of smiles when he reflects on working every Clemson football game since the 1988 season opener against Virginia Tech.

“One of my favorite stories took place that first year at the Citrus Bowl when we beat Oklahoma,” recalled Bowman, a West Virginia graduate who has a master’s degree from Clemson in bioengineering and doctorate from MUSC. “Rodney Williams injured his right (throwing) wrist in practice. In those days, there was no such thing as not hitting the quarterback. They would hit Rodney on the option like it was a game.

“So, we treated Rodney leading up to the game and got him ready. He had a terrific game running the option. The offense did not have a turnover, and we beat Oklahoma and Barry Switzer.

“After the game on the field, coach (Danny) Ford sought me out. I was in my first year and thought coach Ford was going to thank me for helping to get Rodney ready. Instead, he said, ‘Heck, Doc, we should have hurt Rodney’s wrist before.’ Classic Danny Ford.”

Bowman came to Clemson from Penn State, where he worked under Dr. Al Kalenak, one of the most respected orthopedic surgeons in the business. When the athletic department was considering Bowman to replace Dr. Roland Knight in 1988, Ford didn’t call Kalenak, he called Joe Paterno.

“I laughed when I heard that,” said Bowman. “Danny didn’t call anyone who knew anything about medicine…he called coach Paterno.”

Paterno told Ford that Bowman was outstanding and he should hire him. That’s all it took for Ford.

That first year took some adjusting for Bowman. The first time he was to travel with the team in the 1988 season was a road game at Virginia. Bowman knew he needed to be on the bus that left from Schilletter Dining Hall early. And he was there 30 minutes early.

“Byron Harder (team physician) asked me to run over to Redfern (Health Center) to see Coy Cobb, an All-America swimmer who was having shoulder problems.”

Redfern was just a block from the bus, so Bowman quickly walked over to see Cobb. However, he took too long and missed the bus.

“I had to get my car and drive to the airport, find a parking place and run to catch the plane,” recalled Bowman. “I nearly missed my first road trip.”

Bowman could write a book on the unusual situations he has had to deal with. One of Bowman’s favorite stories involves Kelly Bryant and his father. It took place when Bryant was in the seventh grade and the then 5’3”, 125-pound youngster had a knee injury.

“Mr. Bryant brought Kelly into my office and said he wanted me to do the surgery. I told him any of our doctors at the hospital could do a great job on his son’s knee. But he insisted that I do the surgery. He finally said, ‘Kelly is going to be the quarterback at Clemson some day, so I want you to do it.’

“So, I did that surgery, and when Kelly came here as a freshman, his dad came to me and asked if I remembered him. I certainly did. And now he is our starting quarterback.”

“Dr. Bowman has been such a great asset to our program,” said head coach Dabo Swinney. “There is no one more respected in the profession, no one more trusted. We have had complete faith in him and he has been so easy to work with. I am glad he is still going to be involved with the program.”

Bowman’s level of respect is one of the reasons the visiting locker room at Memorial Stadium is named in his honor.

“Dr. Bowman is so respected nationwide by people in the NFL and other schools,” added director of sports medicine Danny Poole. “He really has a great national reputation, and it reflects well on Clemson.”

He has shared some of his favorite memories, but one aspect of his job over the last 30 years stands out.

“Being a part of this program has been like a family, and I have been fortunate to share my family with this program. Working with the students and coaches has been such a rewarding experience. Players in the NFL call me or come to see me when they come back to Clemson, and I really enjoy that.

“A few years ago, I did knee replacement surgery for coach Ford. It is great to still have a relationship with him.

“But the moment I will never forget took place last year when we won the national championship and I saw my grandson take it all in on the field.”

That night made all the long days and nights at practice and in surgery worthwhile. The Clemson football program appreciates it, Doc.