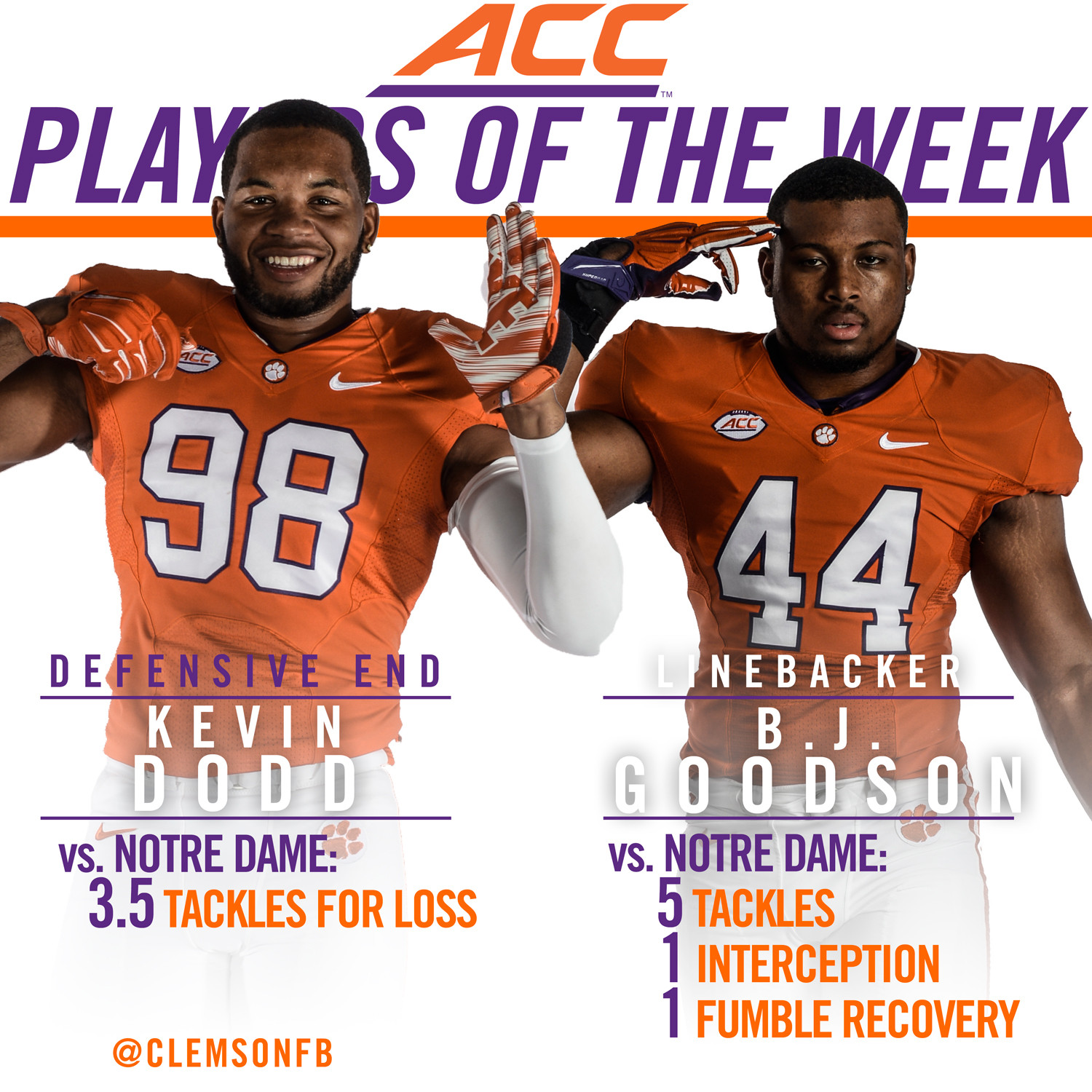 Dodd played one of his best games, tallying 3.5 tackles for loss and two sacks. He came up huge on the final defensive stand, as the Tigers stopped the Fighting Irish on the two-point conversion attempt that would have tied the game with seven seconds remaining. Dodd was credited with eight tackles from the coaches film, and also forced a fumble.

Goodson came up with a pair of fourth quarter takeaways. He was the first Clemson player to notch two takeaways in the fourth quarter of a win by seven or less since Terry Kinard, who coincidentally did it the last time the Tigers faced Notre Dame in 1979. Goodson snagged his first career interception and recovered a fumble deep in Clemson territory to thwart an Irish drive.