Coming out of high school as a blue-chip recruit, DJ Uiagalelei had offers from all the elite programs. So how does a kid from Inland Empire, Calif., an area outside of Los Angeles, end up in the foothills of South Carolina?

“I love the culture here,” said #5. “For me, Jesus Christ is my Lord and Savior, and when I came to camp, I heard all the coaches speak openly about their faith.”

The transparency of Head Coach Dabo Swinney and his staff stood out to the quarterback during his recruiting process.

“You don’t really see other places talk about stuff like that, and if they do, it is just noise, but with Coach Swinney and all our other coaches, it is genuine and authentic.”

Being one of the most sought-after recruits in the class of 2020, Uiagalelei had his pick of the litter when it came to his college decision. But to him, it came back to Swinney and his staff being true to who they are.

“I went to a bunch of schools and they give you a lot of fluff to make you feel like you should go there, but Coach Swinney kept it real with me, and I appreciate that deeply.”

The Californian burst out to the college football national scene during his freshman season when he filled in for Clemson great and 2021 No. 1 overall NFL draft pick Trevor Lawrence, as Uiagalelei led Clemson to an 18-point comeback victory over Boston College in his first college start.

The following week, Uiagalelei led the Tigers on the road against one of college football’s most storied programs, Notre Dame, where he passed for the most yards (439) by an opposing player in Fighting Irish history.

Heading into 2021, Uiagalelei was named the starter and faced sky-high expectations in part due to the showings he had in a backup role in 2020. He faced some adversity in 2021, but he still showed an unbelievable amount of grit and determination as he played with various injuries. He led a game-winning drive at Louisville, where he hobbled on one leg to the endzone, which helped keep Clemson’s streak of 11 straight 10-win seasons alive.

For the first time during his football career, Uiagalelei faced adversity, but he never gave up, put his head down and continued to be someone his teammates could depend on.

Uiagalelei was thankful for the adversity, because it showed him a greater perspective on life.

“I am very confident, because I went through the experience and learned from last year. It made me a better person. Going through that and learning made me closer to Jesus Christ, I dove into my faith more and I learned who I want to be as a person. I kept asking myself how this adversity is going to shape me as a husband, father and person years down the road. I want to be helpful to everyone and stay positive.”

In 2022, the Tiger offense has new leadership, as former Clemson quarterback Brandon Streeter now has the reins as offensive coordinator and looks to continue the tradition of elite and explosive offenses in Tigertown.

“Coach Streeter recruited me in high school and is a great person. He is a great husband and father, and to me, that is the most impressive thing about him. His ability to balance coaching and being there for his family speaks volumes of his character.

Uiagalelei heads into the heart of the 2022 campaign with a new perspective on life after the adversity he faced in 2021. He is the picture-perfect example of the culture that Swinney has built at Clemson.

A five-star recruit who could have chosen any school in the nation, Uiagalelei decided to travel across the country to make a 40-year decision, not just a three or four-year decision. 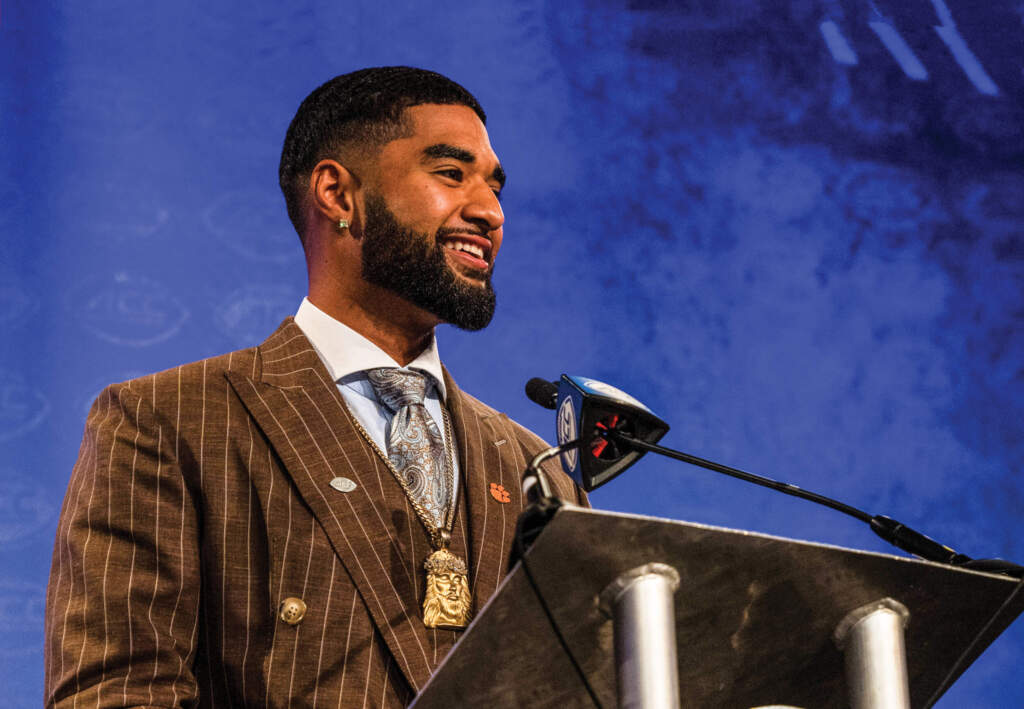