Former Clemson All-ACC defensive back Dexter Davis was named the recipient of the 2022 Brian Dawkins Lifetime Achievement Award. He is being honored during today’s game.

Since 2013, Head Coach Dabo Swinney has presented the Brian Dawkins Lifetime Achievement Award to a former Clemson player who has consistently demonstrated the qualities of leadership, community service and other high qualities that are consistent with excellence since graduating from the Tiger program.

“Receiving the Brian Dawkins Lifetime Achievement Award is a great honor,” said the former Tiger standout. “It was a memorable evening in January when I received the award at the football banquet.”

One of the reasons it was memorable for Davis was seeing his former head coach (1990), Ken Hatfield, return for the event to support him. It was the first time Hatfield had been back to Clemson since he last coached the Tigers during the 1993 season.

“It meant a lot to have him come all the way from Arkansas to the banquet. I have been in contact with Coach Hatfield consistently over the years, and he has always provided great guidance. My son is at the Air Force Academy (where Hatfield was once the head coach), and he helped us through the process.

“Coach Hatfield always talked to us about being more than just a football player.”

That was the center point of Davis’ message when he received the award on Jan. 15.

“My message to the audience tied Jesus as the carpenter to being so much more…be more than just a football player. What do people know about you other than being a football player? What experiences do you give people over your life?”

Davis was a starter on Clemson’s great defenses between 1988-90, when the Tigers had a 10-2 record and finished in the top 12 of the AP poll each year. The 1988 team won the ACC championship, as Davis became the first Tiger first-year freshman to start at cornerback under Head Coach Danny Ford.

A first-team freshman All-American by Sporting News, his final pass breakup of the season was a game-saver in the endzone that clinched Clemson’s 13-6 win over Oklahoma in the Citrus Bowl.

In 1989, Davis started all 12 games and was named second-team All-ACC by UPI. He accumulated 55 tackles, three interceptions and 16 pass breakups. As a junior in the 1990 season, Davis had a career-high 85 tackles and led the ACC in interceptions (6). That 1990 defense was Clemson’s first to lead the nation in total defense.

The native of Sumter, S.C. decided to turn professional after his junior season, and he was a fourth-round draft pick by the Cardinals in the 1991 NFL draft. He played 59 games over six years for the Cardinals and Rams.

At the conclusion of his playing career, Davis began a coaching career as an assistant at Morgan State on the staff of his good friend, Stump Mitchell. He finished his degree requirements while serving as the defensive backs coach. One of his players at Morgan State was Daronte Jones, who was LSU’s defensive coordinator during the 2021 season.

Davis went into high school coaching at Battery Creek High School in Beaufort, S.C. He later started the program at Southside Christian School in Simpsonville, S.C. Between 2005-07, at the urging of his former coach, NFL legend Jim Johnson, Davis coached in NFL Europe for the Hamburg Sea Devils. Davis prided himself in the development of undersized All-Pro cornerback Brent Grimes.

Davis is currently the president and CEO of Eagle Universal Services, a company that provides unique engineering and construction contracting services. The company’s customers include the U.S. Army Corps of Engineers, U.S. Navy, U.S. Marines, NFL and Bank of America.

Davis has been a long-time member of the Fellowship of Christian Athletes and has worked with Atlanta-based programs at Georgia State, Morris Brown and Morehouse. He also has worked for the Atlanta Falcons as a “character coach” and has been director of football ministries in Brazil, Hungary and East Africa.

Davis serves on the board of the Kenya Project, serving students in East Africa. He also serves as the vice chair of the Liberty STEAM Charter School in Sumter.

Davis and his wife, LaShea, have four children, Breci (Clemson graduate), Shye, D.J. and Micah, who finished his sophomore year at Air Force in 2021, when he was a member of the Falcon football team. 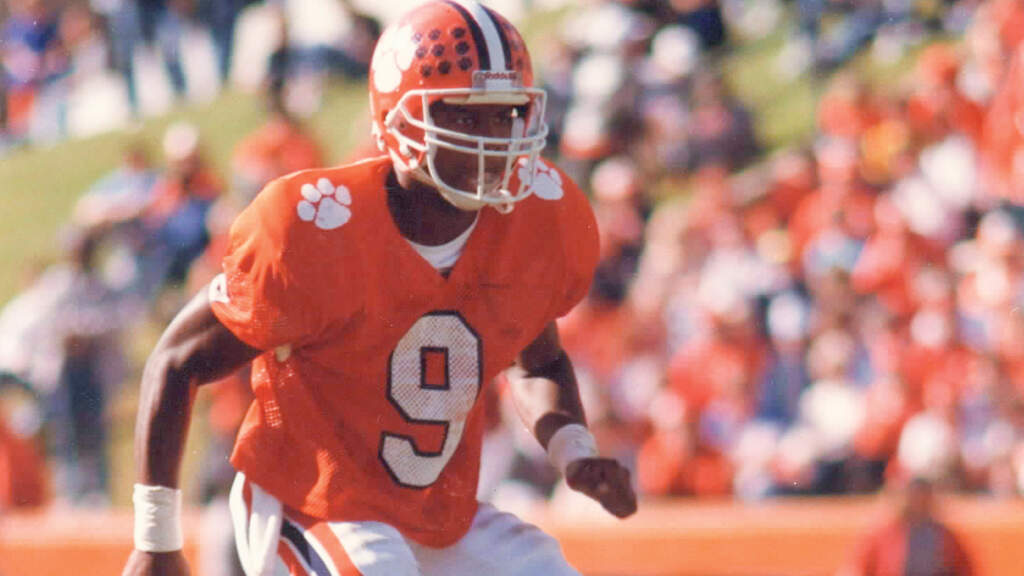