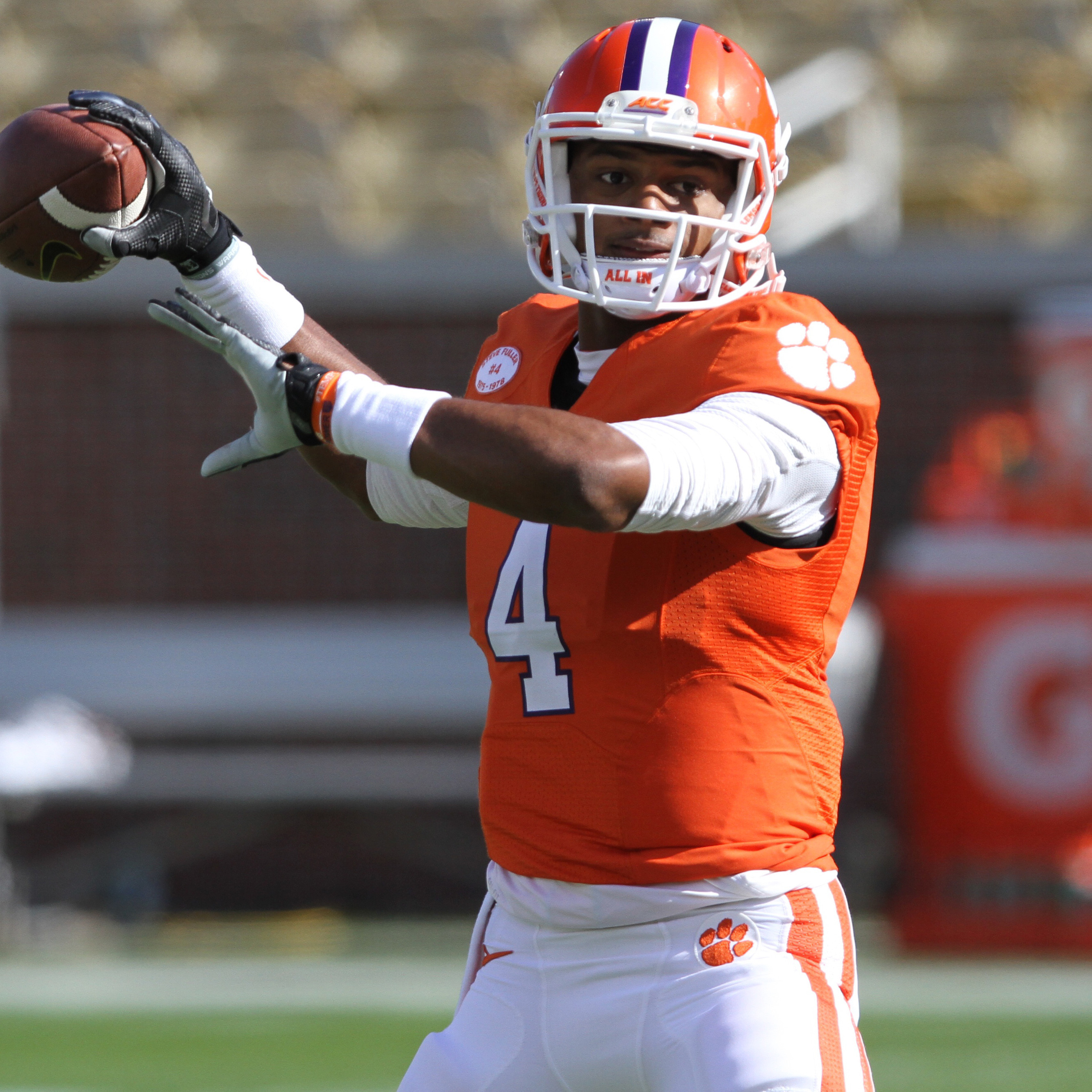 Watson has a sprained LCL and a bone bruise, while Beasley was diagnosed with Patellar tendon inflammation. Both were injured in Clemson’s loss at Georgia Tech on Saturday. Watson went out in the first quarter with Clemson ahead 3-0.

“We received some great news tonight,” said Swinney. “Both players are not seriously injured, something we feared Saturday. They are listed day-to-day and their status will be evaluated later this week.”

Watson has started four games this year and has completed 79-118 passes for 1,197 yards and 12 touchdowns. He has completed 66.9 percent of his passes and has a 182.3 passing efficiency. The rating is second-best in the nation among quarterbacks with at least 100 attempts, trailing only Oregon quarterback Marcus Mariota.

Beasley is a senior who has been a starter most of the last three years and is a big reason Clemson has 39 wins the last four years, tied for the fifth-highest total in the nation.