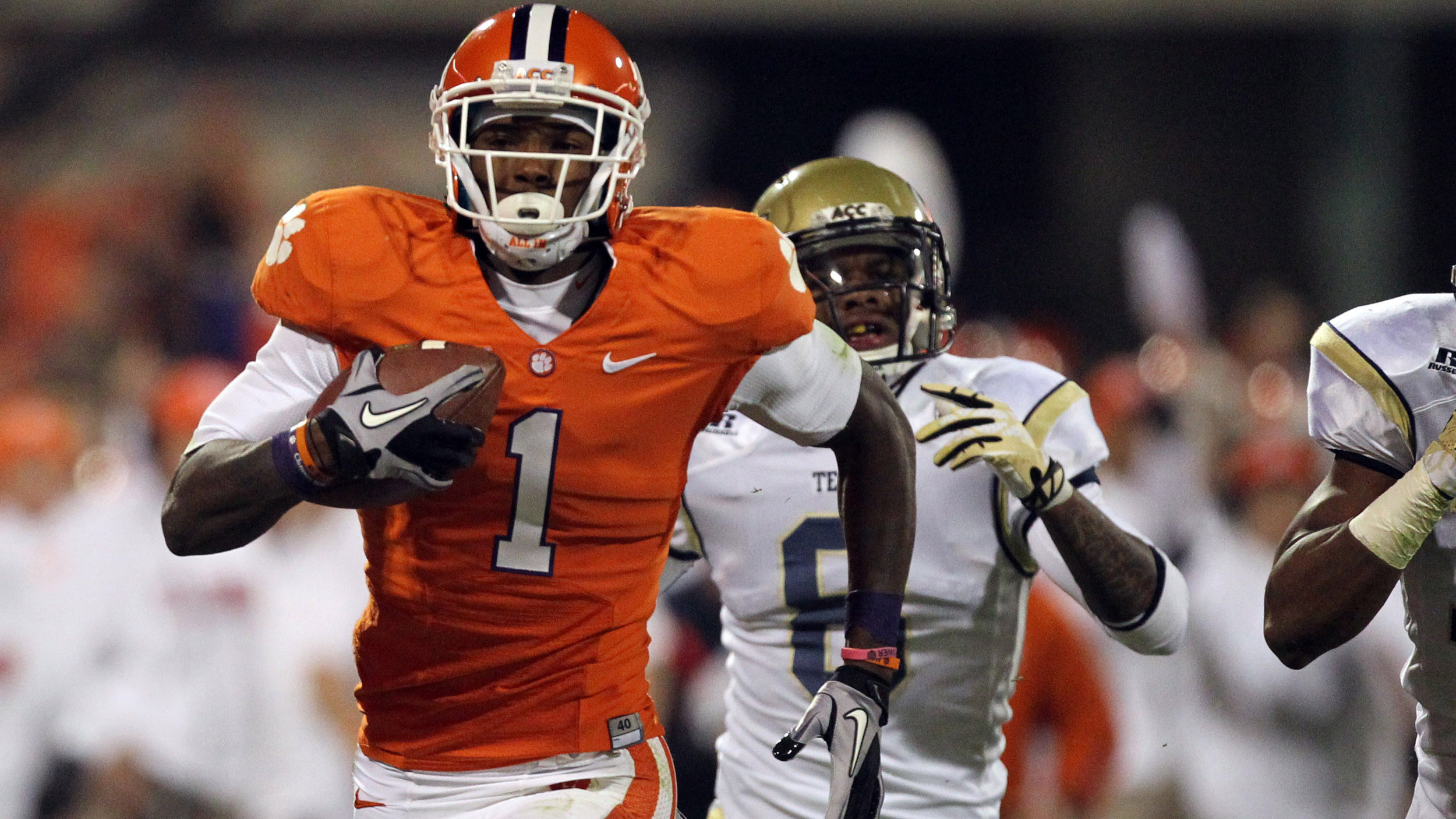 CLEMSON, SC – Clemson figured to give up its fair share of yards to Georgia Tech’s vaunted ground game and hoped to weather the storm Thursday night in one of the ACC’s most competitive rivalry series.

Instead, the Tigers opened up a sizeable lead before the Yellow Jackets even picked up a first down and rolled to a 55-31 victory at Memorial Stadium.

“Our defensive line owned the night,” Clemson head coach Dabo Swinney said. “This was a dominating performance in the trenches.”

Clemson held the Jackets to 19 total yards on their first four possessions, as it built a 20-point lead by the early stages of the second quarter and then pulled away with four second-half touchdowns.

“The first couple drives were awesome,” said senior linebacker Quandon Christian, who finished with a team-high eight tackles. “Everybody was doing their jobs, and they couldn’t get anything going. They eventually busted a couple plays … but we wanted to come out and stop them a couple times, and we got it done – and it changed the way the game was played.”

Since 2008, Tech has rushed for more yards than any FBS team thanks to head coach Paul Johnson’s option offense, and it came into the game ranked fifth in the country at 311.2 rush yards per game.

But the Clemson defense put a stamp on the game from the onset. After one quarter, the Tech offensive stat line read: three possessions, three punts, three total yards.

“We came out with a chip on our shoulder and just executed,” defensive end Vic Beasley said. “That was big – giving momentum to the offense and getting some three-and-outs and getting off the field.”

After two early field goals, the Tigers rode that defensive momentum and produced two long touchdowns by Sammy Watkins and Martavis Bryant to open up a 20-0 lead early in the second quarter.

Tech rallied and pulled back within 10 points early in the second half, but Clemson quarterback Tajh Boyd and the offense blew the game open again with two third-quarter touchdowns that came just 2:20 apart.

On the night, Boyd became the ACC’s career leader in touchdown passes, and Bryant and Watkins each went over the century mark in receiving yardage and combined to haul in three touchdowns.

Twelve of the last 18 games in the series had been decided by five points or less, and Johnson brought a career 4-2 record against Clemson into the game.

“This is a rivalry that has lasted a long time, and it’s always a tough game,” Swinney said.

This time, the Tigers distanced themselves early.

Clemson was twice forced to settle for long Chandler Catanzaro field goals on a pair of promising early drives to take a 6-0 lead.

But after the defense forced its third three-and-out in as many possessions – with Shaq Lawson recording a third-down sack to force the punt – the Tigers took full advantage this time.

After Clemson picked up a fourth-and-one with a Boyd run to the Tech 41, Boyd faked the run and went over the top to Watkins, who out-jumped a defender near the goal line to make it 13-0 early in the second quarter.

Georgia Tech finally moved the chains on the opening play of the next drive – a 13-yard pass – but the Clemson defense buckled down and forced another punt three downs later to get the ball right back for its offense.

Boyd quickly hooked up with Martavis Bryant for a 47-yard pass to set the Tigers up at the Georgia Tech four, and on the next play, he threw a fade route in the end zone for Mike Williams, who went over a defender to make the score 20-0 with 9:03 left in the first half.

“The offense was in sync, and every time they needed to respond and make a play, guys like Tajh, Martavis, Sammy and Mike stepped up and made the plays,” Swinney said.

Georgia Tech finally put together a drive on its next possession, marching 82 yards on seven plays and finding the end zone on a one-yard run by David Sims.

Boyd took the top off the defense once again two plays later, however, as he flung a pass deep down the sideline to Bryant, who caught it in full stride for a 76-yard touchdown that made it 27-7.

On the scoring play, Boyd became the ACC’s career leader in touchdown passes with his 96th, which surpassed former NC State star Philip Rivers for the league record.

The Yellow Jackets got a 33-yard field goal from Harrison Butker as time expired on the first half to send the teams to the locker room with the Tigers leading 27-10, and Tech quickly cut into its deficit further in the second half with a 65-yard touchdown run by Robert Godhigh.

But Clemson answered by putting together a six-play, 71-yard drive and scoring a touchdown of its own on a one-yard plunge by Boyd to extend its edge to 34-17.

After the defense forced a quick punt, Boyd and Watkins hooked up for a 44-yard touchdown on the next play from scrimmage to make the score 41-17.

Boyd exited with an apparent shoulder injury near the end of the third quarter, but Cole Stoudt picked up where he left off, finishing off a 10-play, 75-yard drive with a 13-yard touchdown run.

“It felt and sounded a lot worse than it really was,” Boyd said. “It was just a stinger and a bruised sternum and collarbone. But I’ll put some ice on it, and I’ll be just fine.”

The Tigers then extended their lead to 55-24 on a two-yard rushing touchdown by Roderick McDowell that put the game well out of reach by that point with 9:47 remaining.

“We’re playing our best football of the year right now,” Swinney said. “Our defense was awesome tonight. … This was a great win. We’re 9-1 right now, and we have Senior Day coming up (Nov. 23 against The Citadel). I like how we played tonight.”