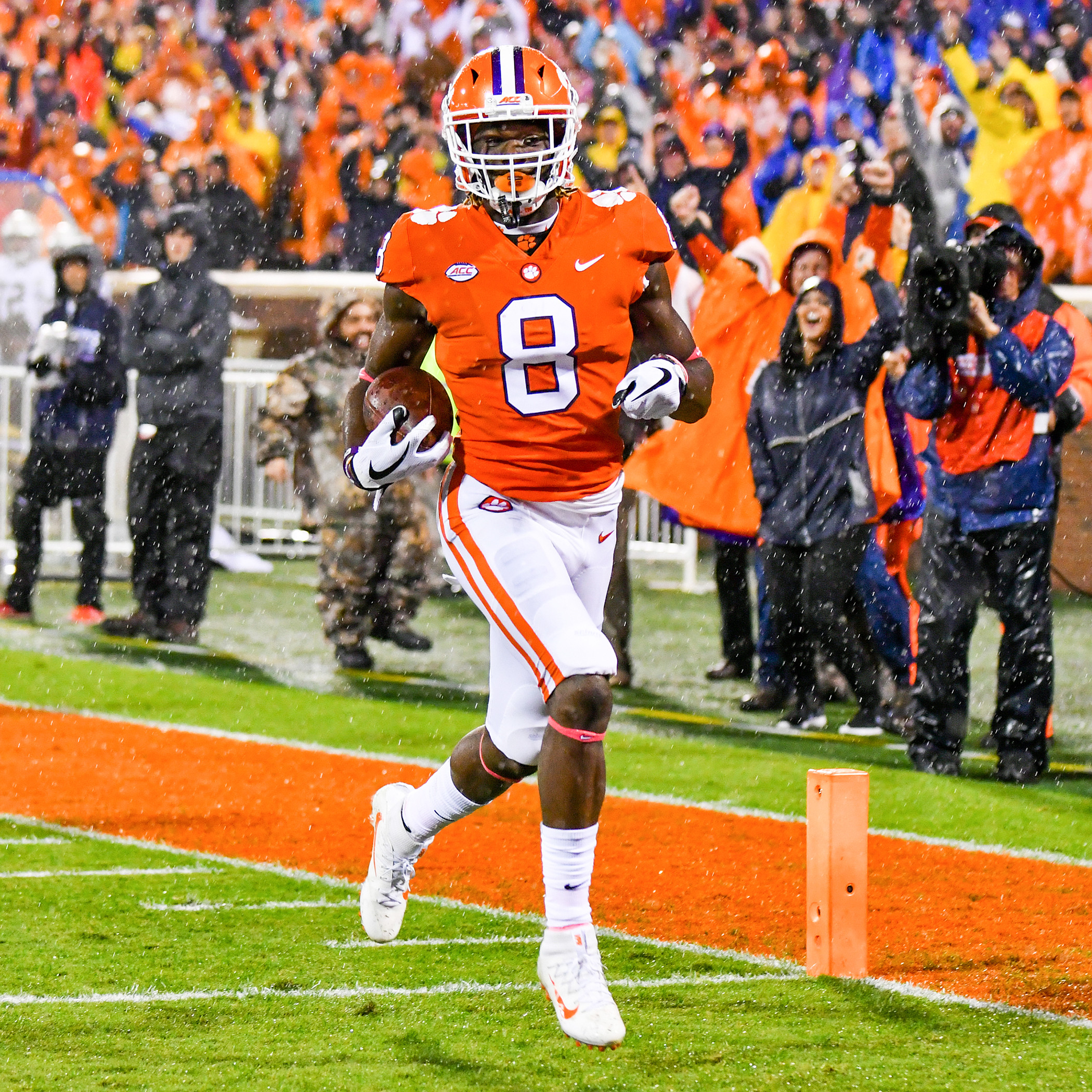 Deon Cain has been one of the Tigers’ top downfield threats at wide receiver since bursting onto the scene as a freshman in 2015. Though Cain has made a name for himself as one of the team’s top wide receivers, he actually began his career at quarterback, playing the position throughout most of his high school career.

“Quarterback was fun,” reflected Cain on his experience as a signal-caller. “I learned a lot more about the game. It taught me how to be a complete football player. It also was fun because you get to touch the ball every play.”

Cain noted that his move to the wideout position occurred due to his drive and desire to compete.

“I was on a seven-on-seven team at quarterback, and I’m a competitive person, and I wasn’t starting at the beginning of the season. So I said, ‘I need to find something.’ I didn’t want to play defense because we were loaded on defense, so I said, ‘Maybe I’ll try receiver.’ And then I sprouted there.”

His time at the quarterback position made the transition to wide receiver much easier.

“Knowing route running and speed helped, because when I was a quarterback, I always had to know where my receiver was, and actually being a wide receiver, it helps me,” explained #8. I know where to be and how to run routes, because I always practiced it through high school.”

Cain also had fond memories of the recruitment process, one that ultimately led him to Tigertown.

“It was pretty fun at the end of the day because I was actually getting offers for both (quarterback and wide receiver), so it shows I actually could’ve played quarterback. It was fun. I had a lot of great experiences, traveling all over, meeting a lot of different head coaches.”

Clemson was not his first preference, and he even noted it was an unlikely choice for him to make. However, he credited his visit to campus as the factor that helped him make his decision.

“Clemson was the place. It was very odd, though, because Clemson was my third offer, and I didn’t really look into Clemson. But once all the big schools started recruiting me, I said, ‘Hey, I’m gonna take a visit to Clemson’.”

Cain noted that the nine-hour drive from his home in Tampa, Fla., was discouraging him from visiting at first, but he ultimately took his deciding visit after his coach offered to drive him.

“We drove up here, and I was mind-blown. I didn’t know where Clemson was. I didn’t know it was this small (town), but I just felt like it was home for me.”

Cain passed on Florida State, Florida and many other schools in his home state as well as Ohio State and Alabama, a decision that has worked out well. Cain quickly made a name for himself during his freshman season, becoming an impact player downfield. Cain noted it was a tremendous experience to make an impact so quickly.

“It was great because I had set goals coming into this, my freshman year, and every year, and it was good to actually come in as an impact player and help this team, because we went on a great run that year. We lost in the national championship game, but at the end of the day, we still fought.”

Contribute he did, totaling 34 receptions for 582 yards and five touchdowns. He even threw a 35-yard pass to Hunter Renfrow, a play that he has fond memories of. The most notable accomplishment, however, was the breaking of Sammy Watkins’ Tiger freshman record of five straight games with a receiving touchdown, an experience Cain said was humbling.

“I was working like I did all the time, and I wasn’t really thinking about a record even though everyone was talking about it every week. I just wanted to go in the game and make plays, so it was also a great experience for me and my family to come in and show that this is what I want to do…to come out here and actually pursue my goals.”

Cain has had many successes throughout his career, but he has also had his share of adversity. He was suspended for the two bowl games during his freshman season. Though a tough situation, Cain described it as a learning experience.

“It made me see what I wanted to do in life. So at the end of the day, the experience actually matured me, and it actually made me a better player. When I came back, I felt like I had a lot on my shoulders.”

Cain entered his sophomore season with more maturity and seriousness. He also entered the national championship season of 2016 with some extra motivation after missing the contest the previous season. With this one being in his hometown of Tampa, he was thankful for the opportunity to play and elated after the victory.

Off the field, Cain enjoys fishing, playing video games and golfing. He also explained one of favorite things about being a Tiger is the culture, noting how head coach Dabo Swinney is getting his players to graduate and focus on life after football.

After his Tiger playing days, Cain wants to pursue his NFL goals, then he would like to own his own welding firm.

The future certainly looks bright for Cain, both on and off the gridiron.