What a sendoff at Memorial Stadium! A crowd of at least 1,000 fans gathered at the WestZone to send the team off in style. After Clemson practiced in Memorial Stadium for the final time this season, the players and staff boarded a slew of buses. Head coach Dabo Swinney, in customary fashion, gave “high fives” to the entire row of fans lining the street. After the ride to Greenville, the entire travel party hopped on one plane, a Boeing 747 courtesy of Delta. It was the first time for many of us to ride the behemoth of a double-decker plane. 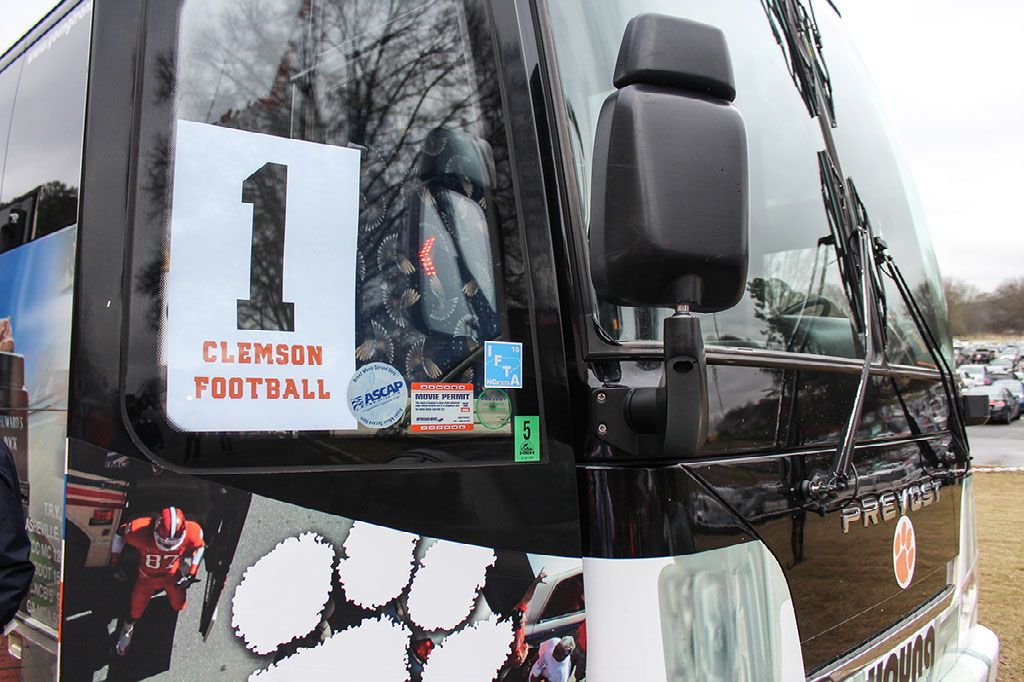 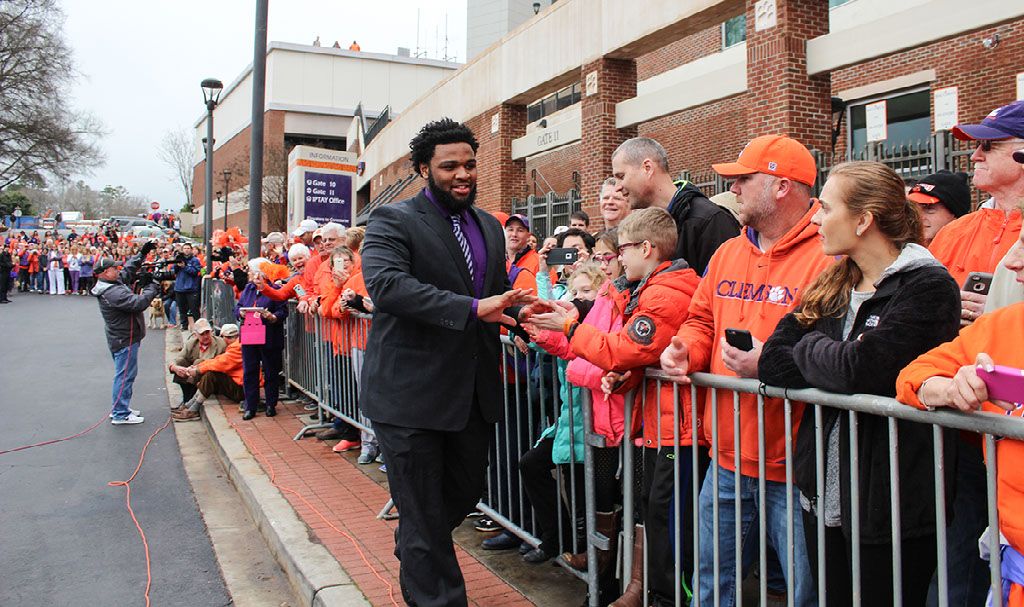 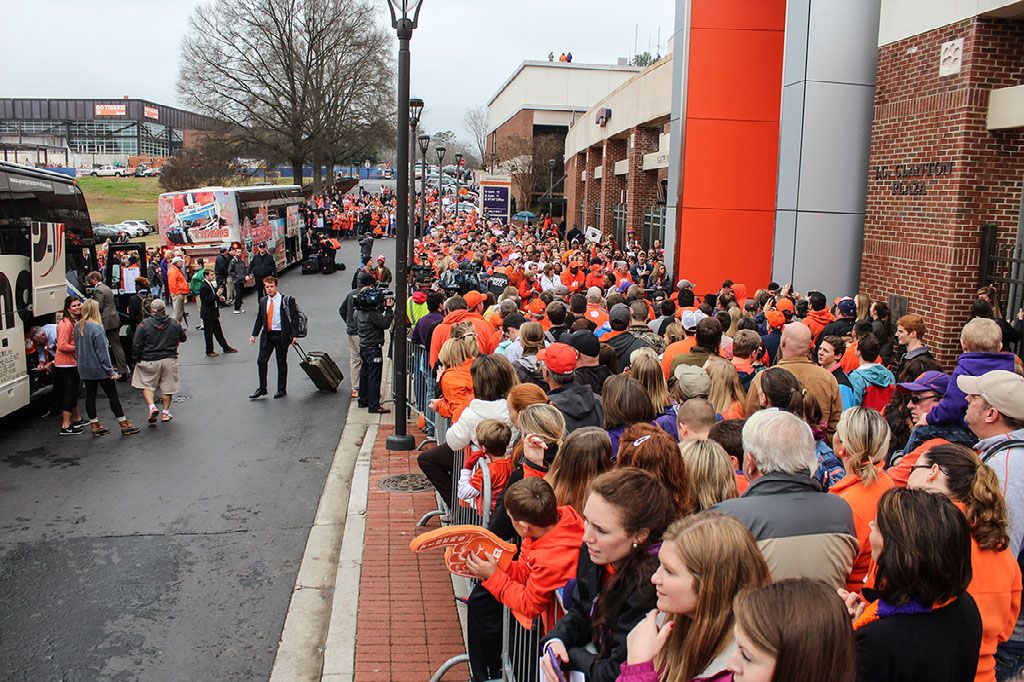 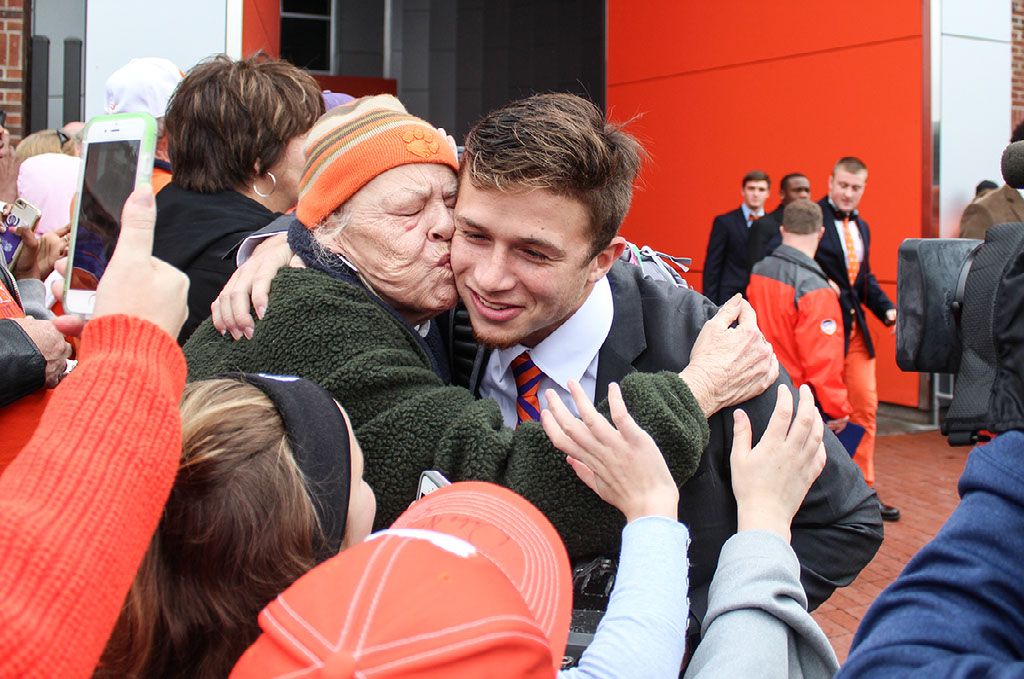 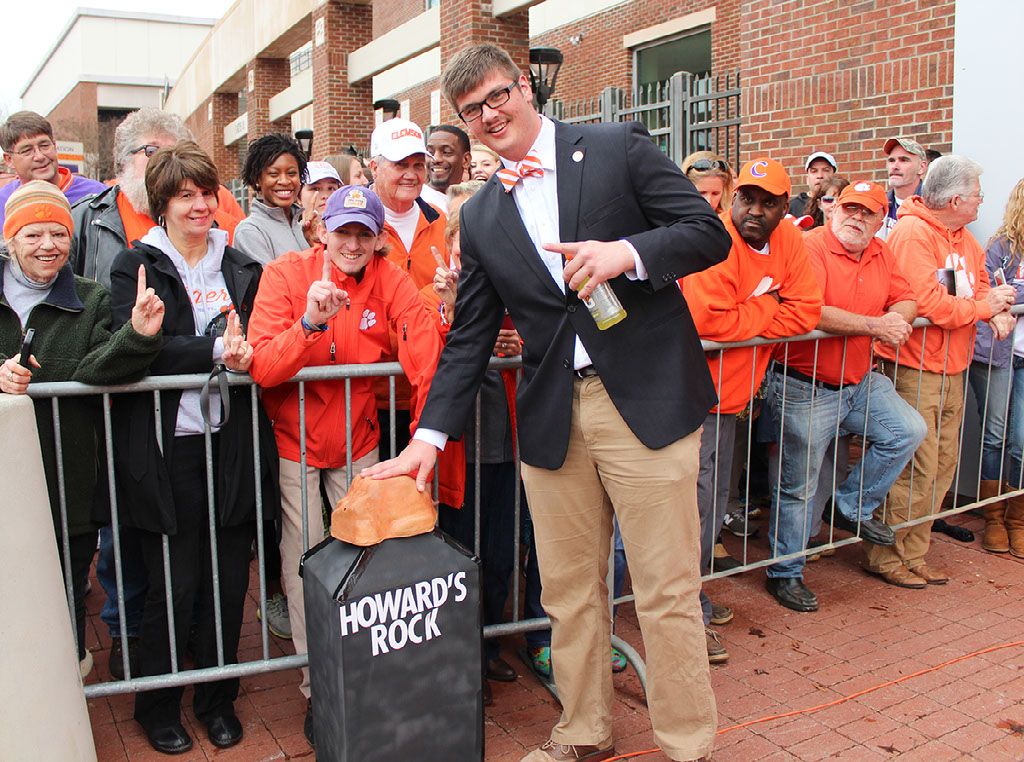 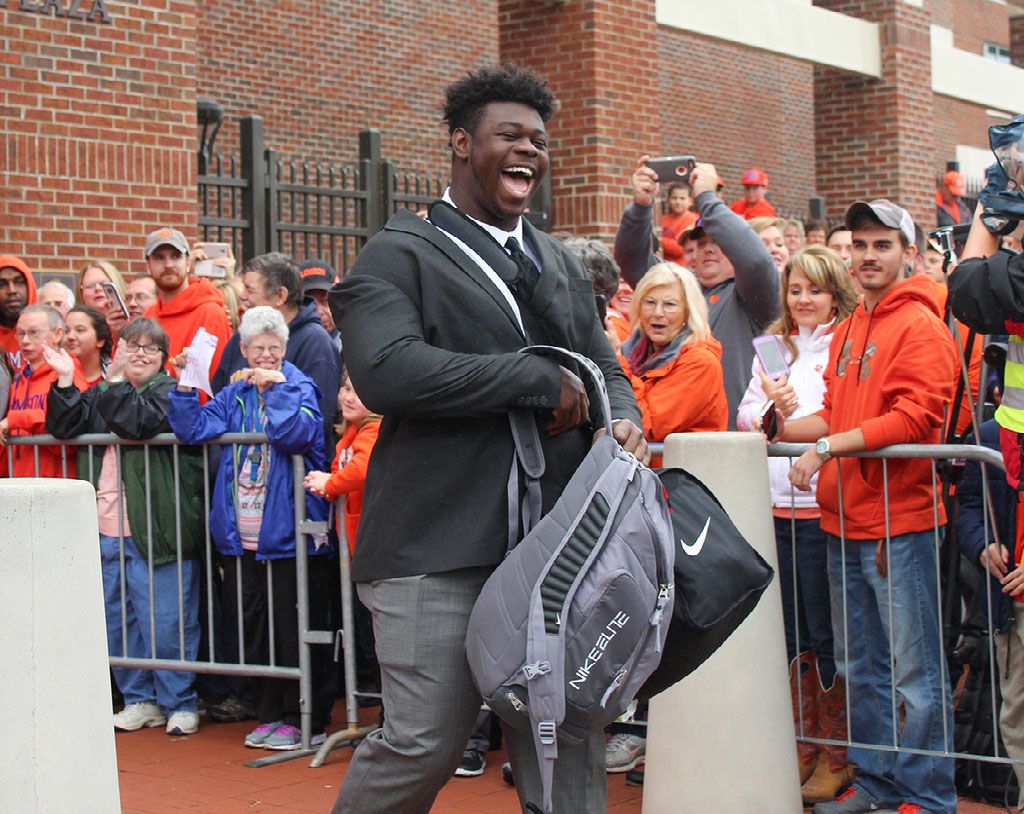 ROLLING OUT THE RED CARPET

After a four-hour flight from GSP, touchdown in Phoenix’s Sky Harbor International Airport came at 4:15 p.m., local time, to a large contingent of cameras on the tarmac. The team also came off the plan to the sounds of “Tiger Rag,” played by a local band. “Welcome to Arizona!” That was a familiar greeting by those who welcomed the team off the plane onto a red carpet. The Tigers are certainly gald to be here and playing their first-ever game in the Grand Canyon State. 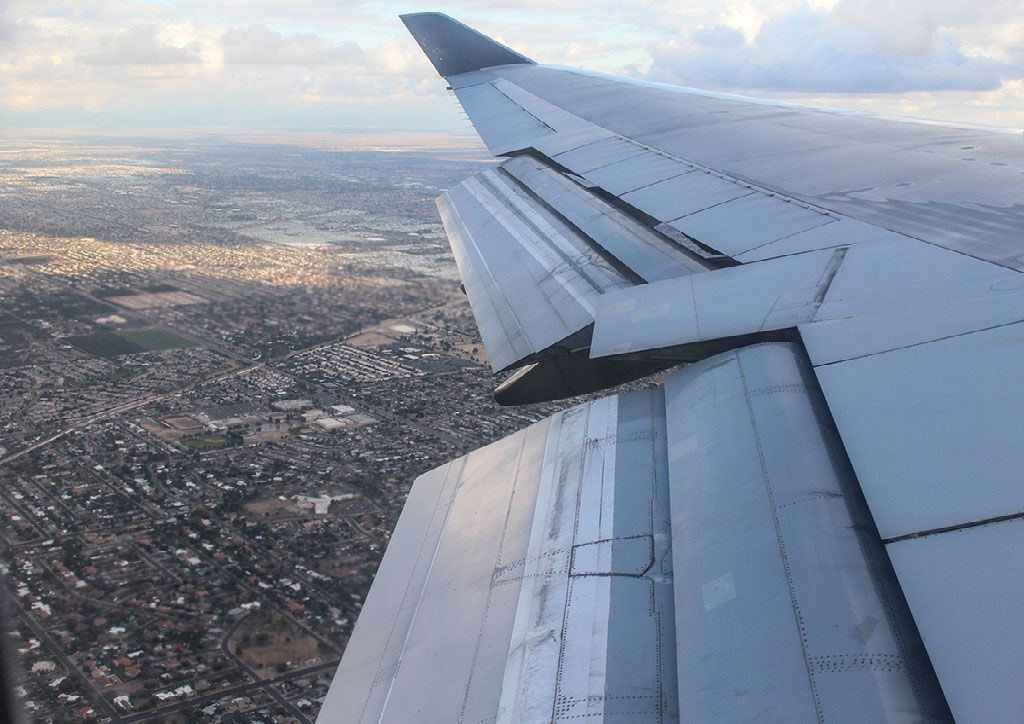 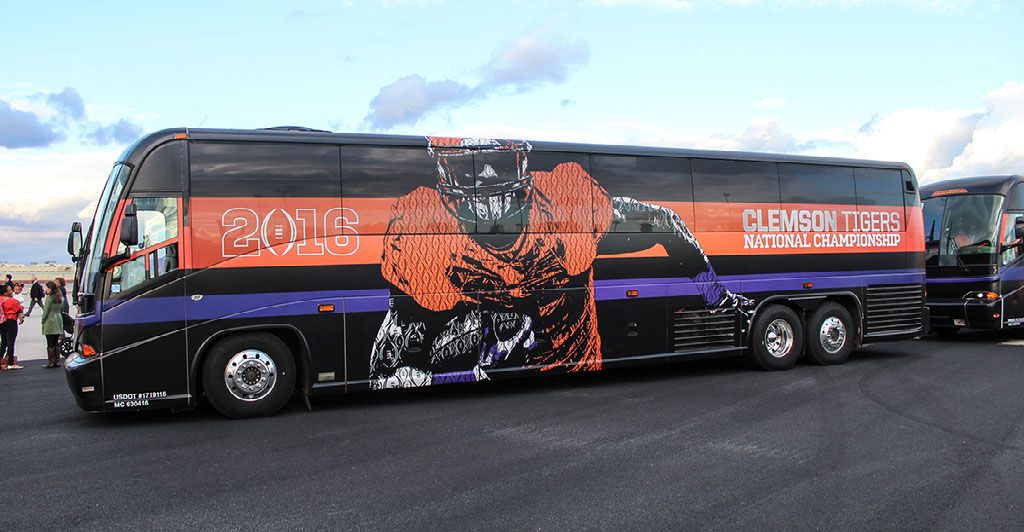 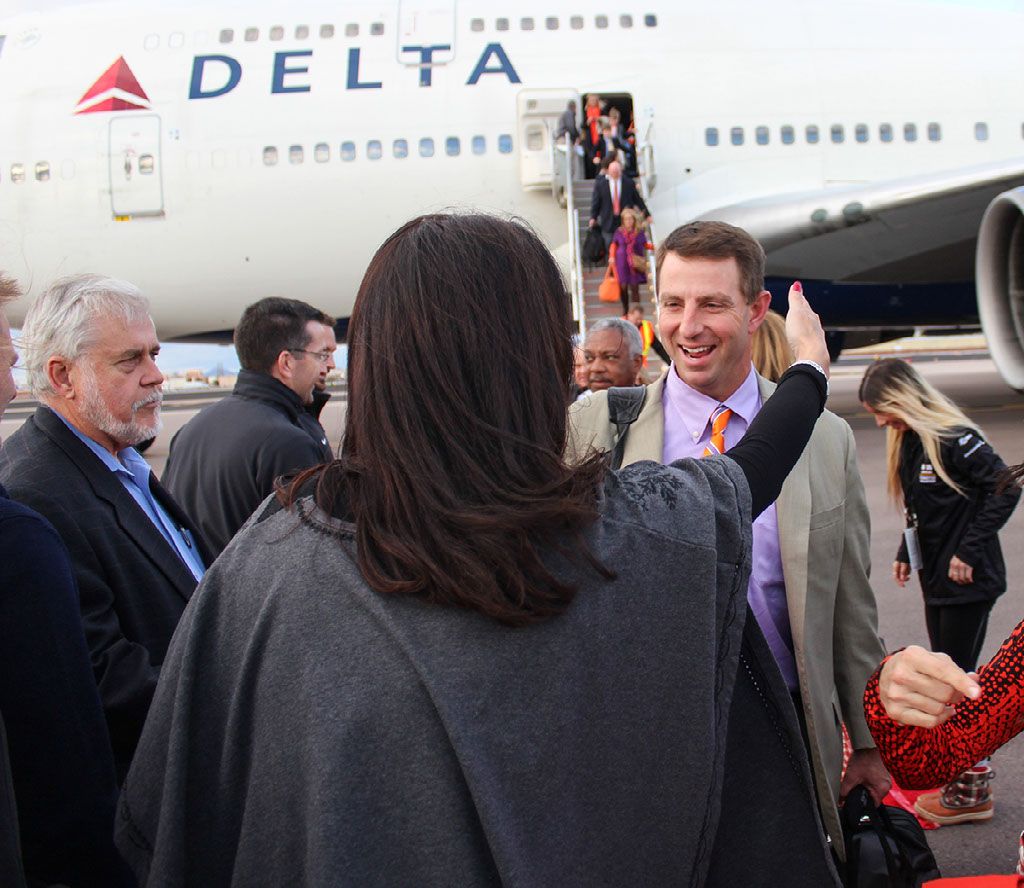 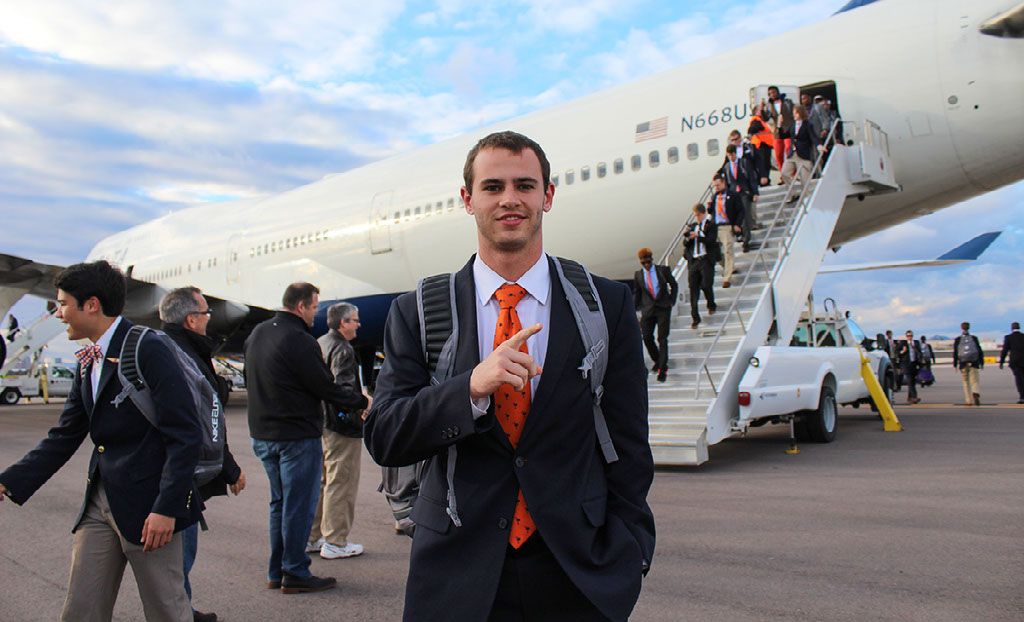 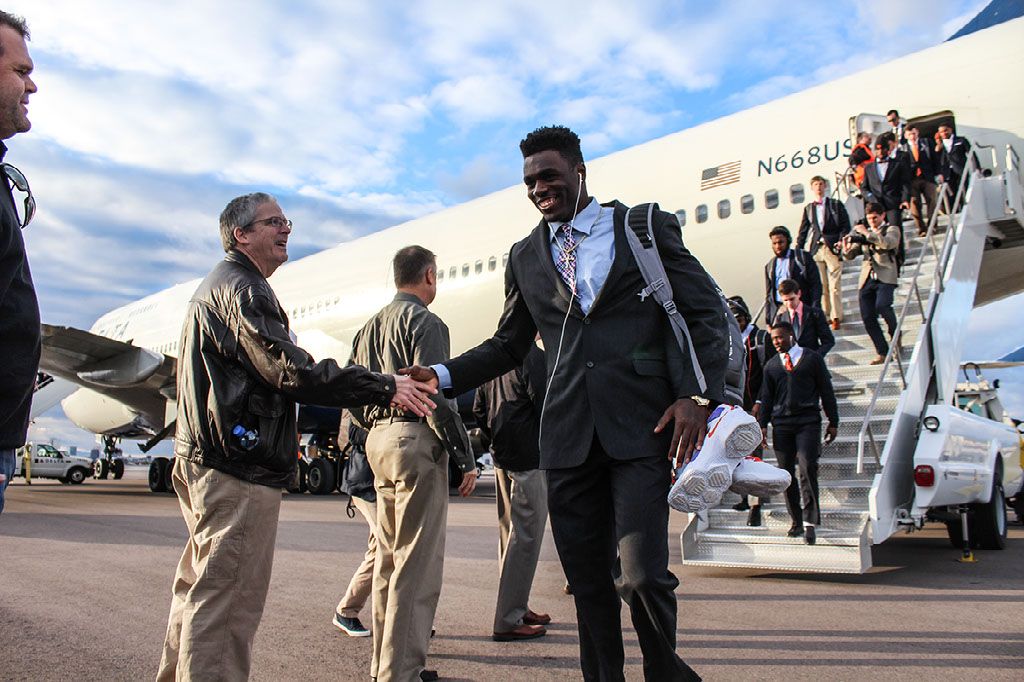 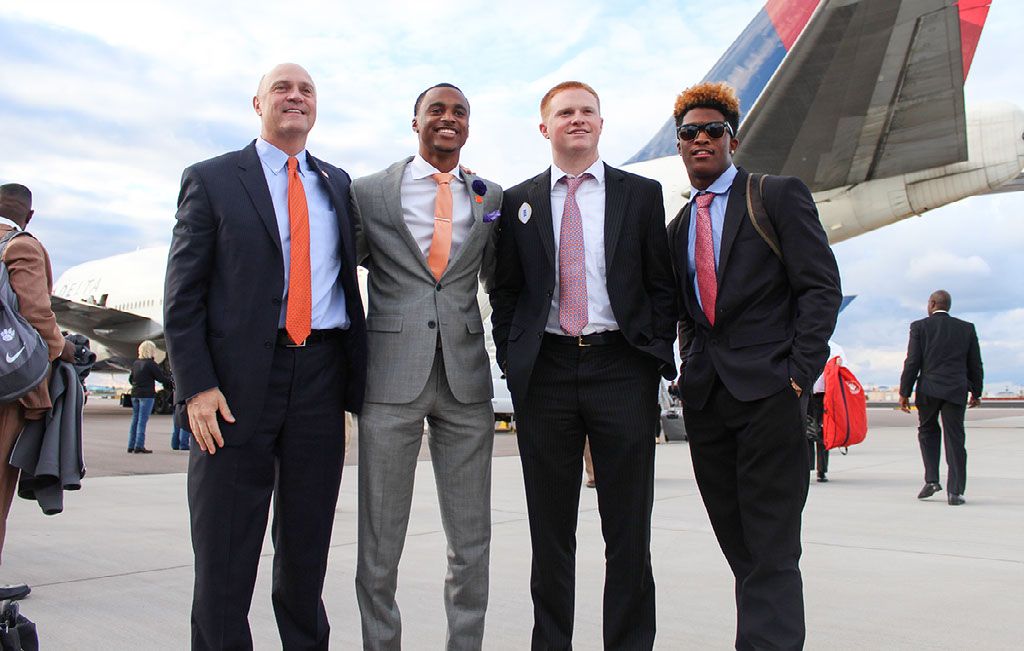 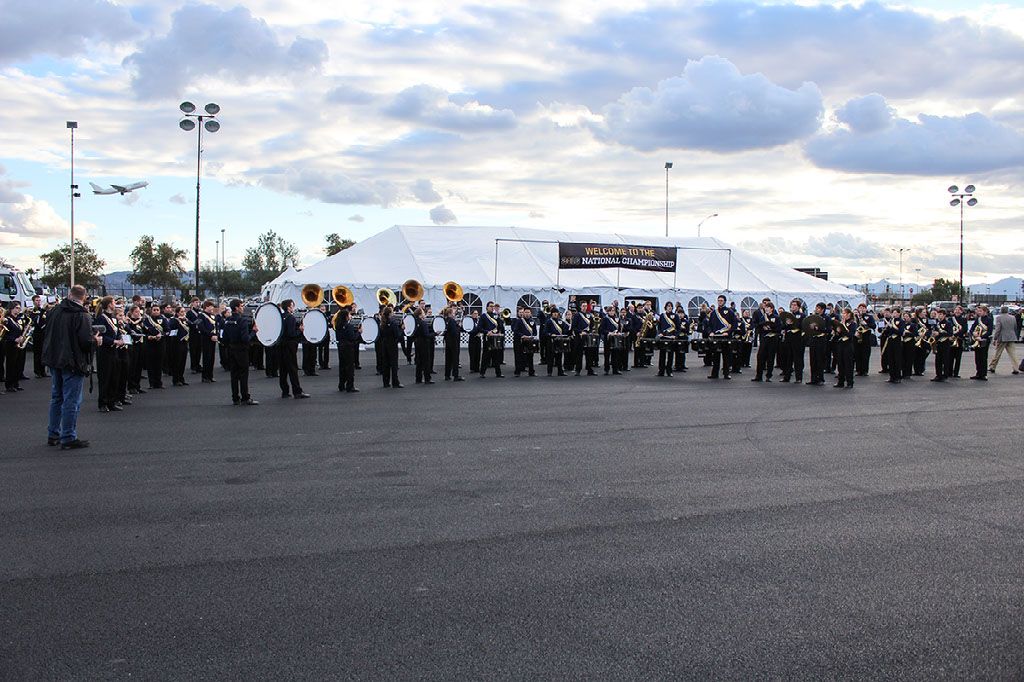 The day, which was two hours longer than normal with the time change, concluded with a brief team meeting and a welcome reception at the team hotel, which feels like an oasis in the desert. Head coach Dabo Swinney was excited to hold his second team meeting in the postseason, just like the pre-Orange Bowl team meeting in Miami. The main difference is that the game is only three days after the team meeting, compared to five days after the Orange Bowl team meeting. Right after the team meeting ended, the players, coaches and staff members moved over to a nearby ballroom for a festive welcome reception. If you didn’t know you were in the Southwest, you knew as soon as you saw the food selection (Tex-Mex) at the reception. There were several dignitaries in attendance who greeted the Tigers, including Arizona governor Doug Ducey and Bill Hancock, executive director of the College Football Playoff. Hancock is no stranger to director of athletics Dan Radakovich, who served on the CFP committee for the second year in a row in 2015. Current Atlanta Falcon and former Clemson defensive lineman Grady Jarrett (2011-14) was at the reception, one of many former Tigers who will be in Arizona for Monday’s game. There were games you would find in an arcade for the players to enjoy, but the favorite for the players and staff was the photo booth where players could dress up in quirky outfits. 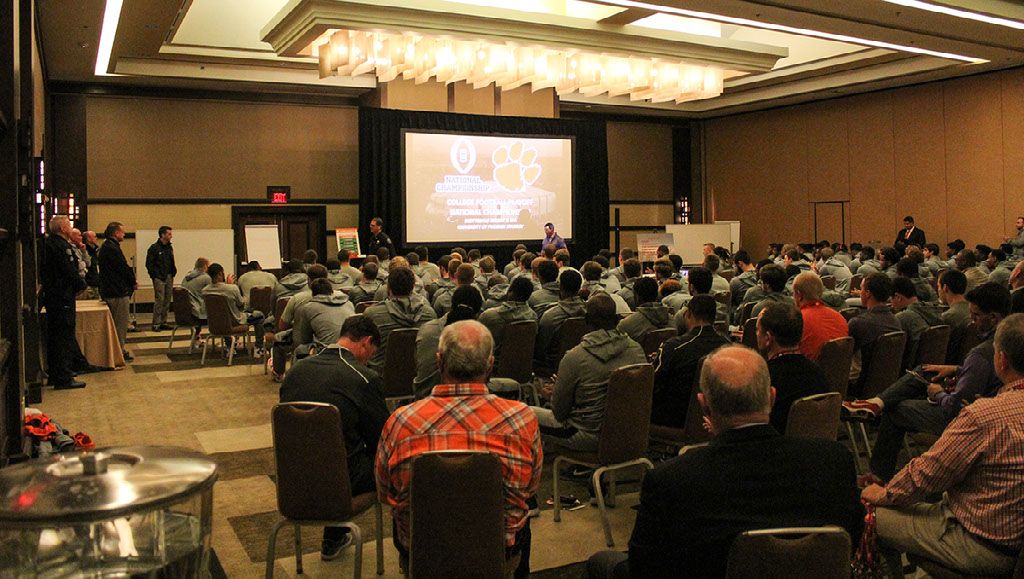 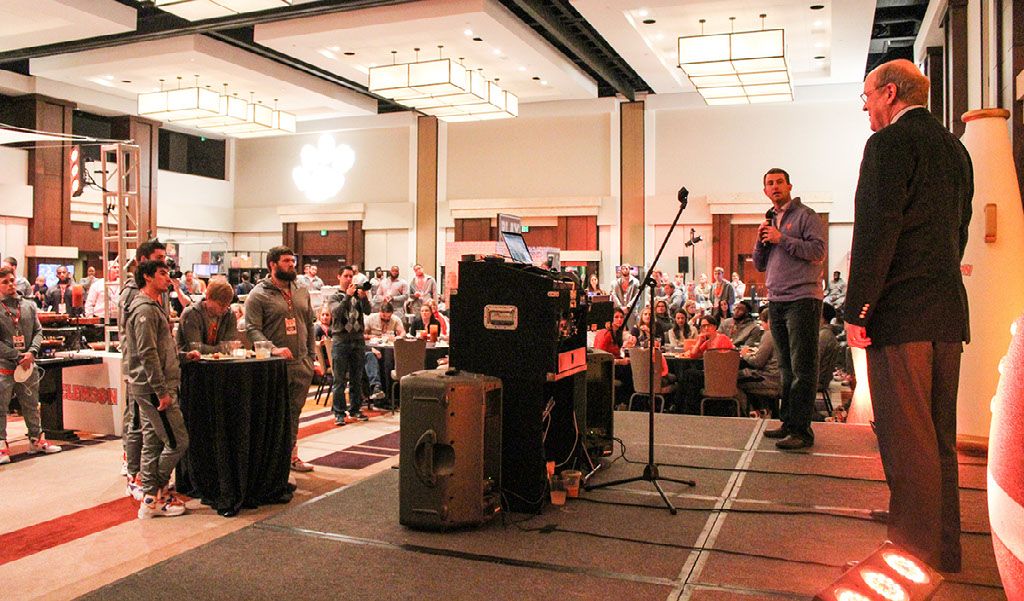 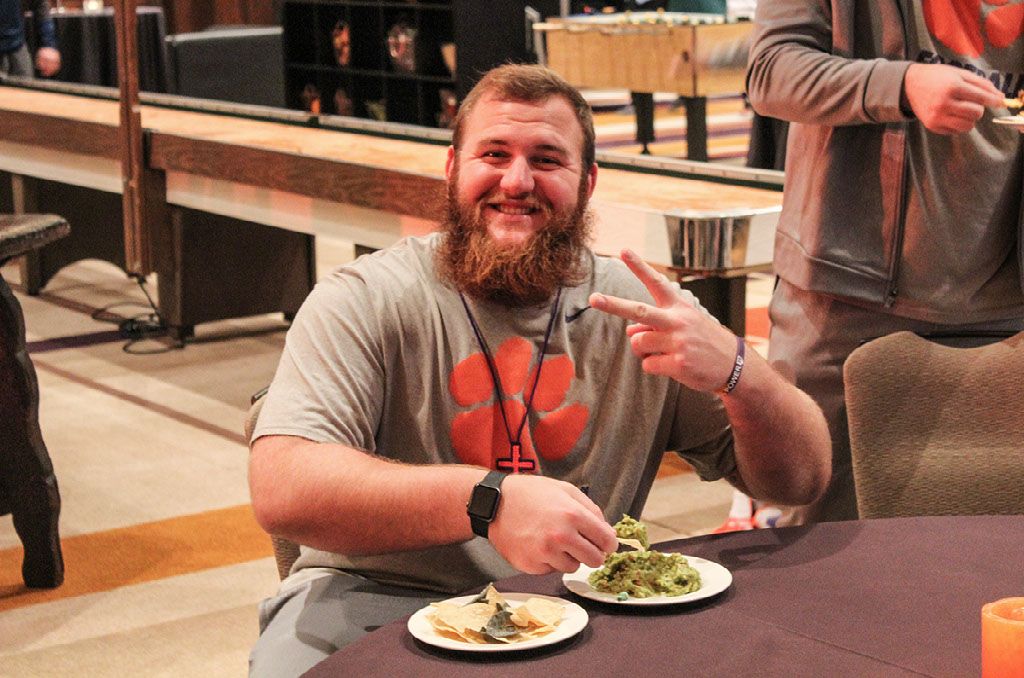 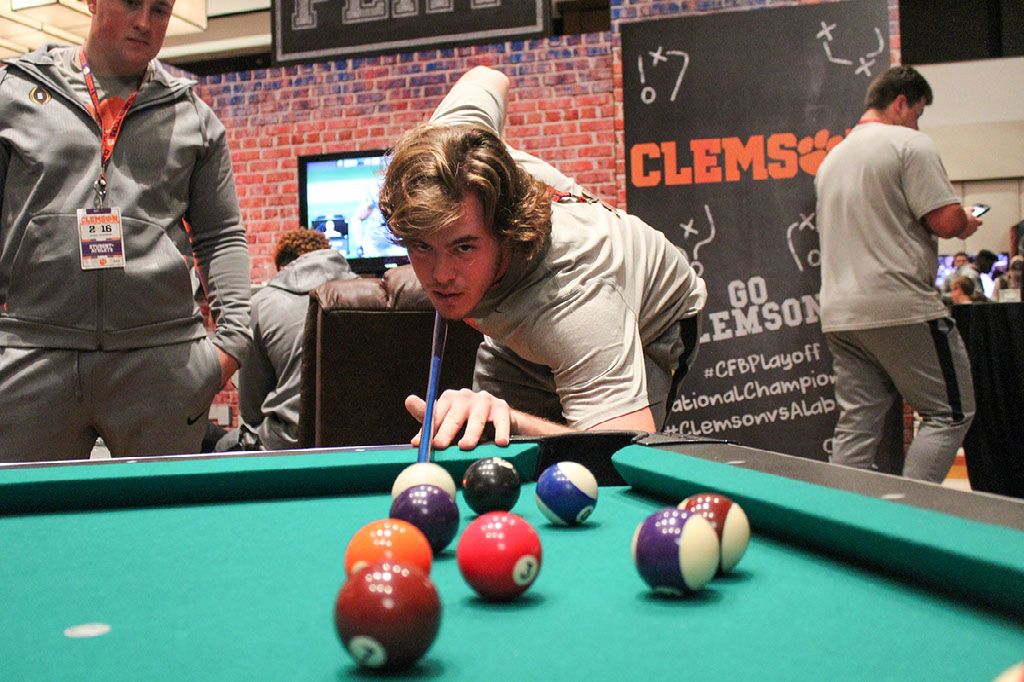 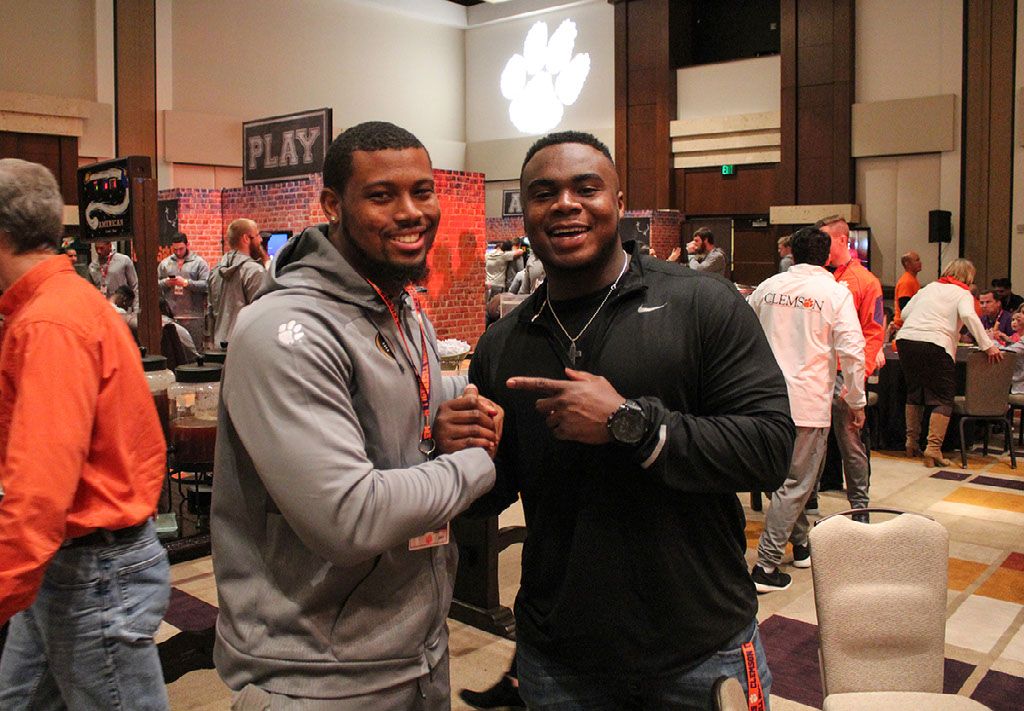 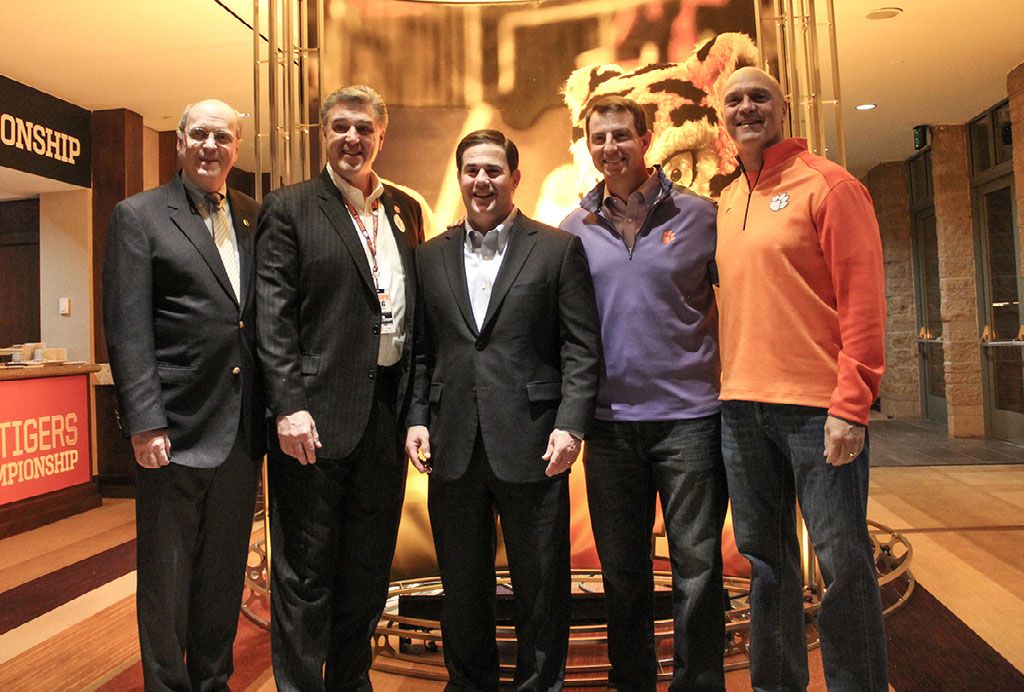 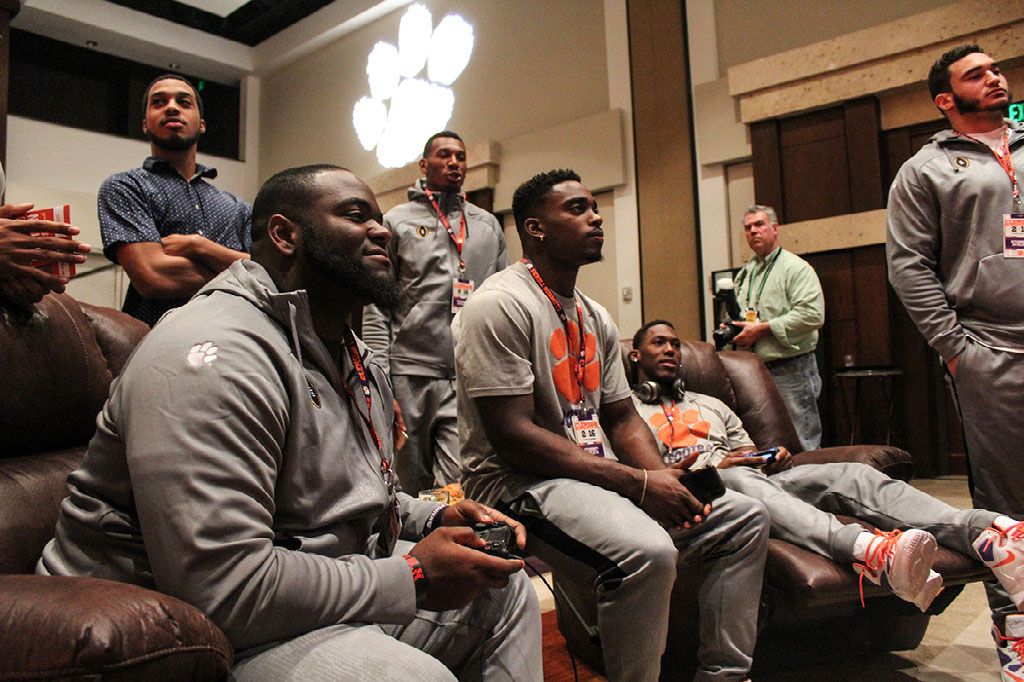 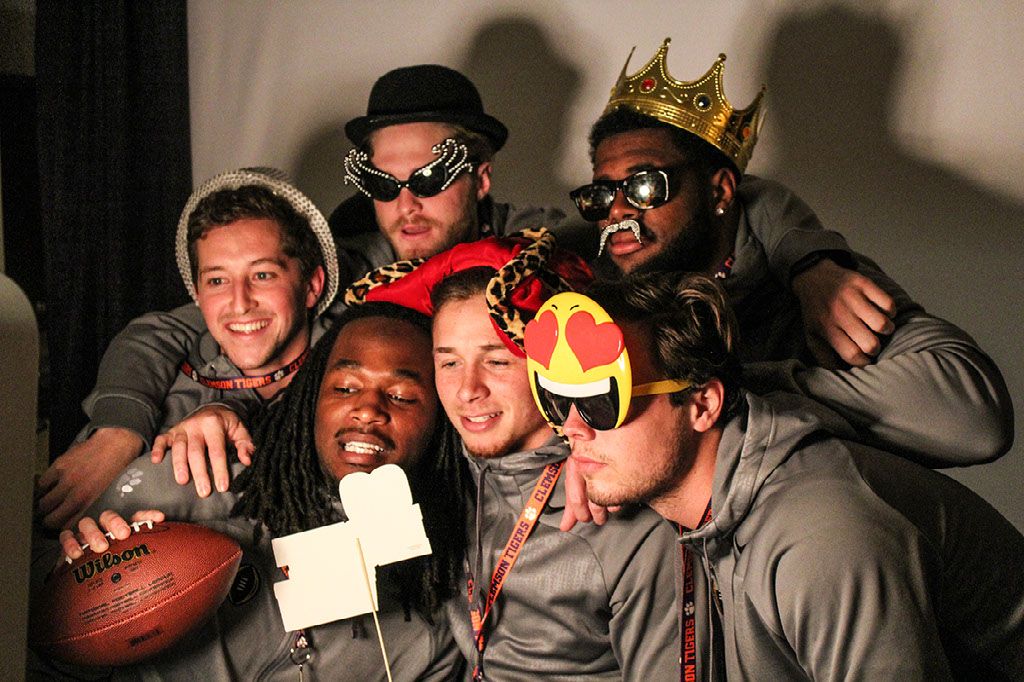