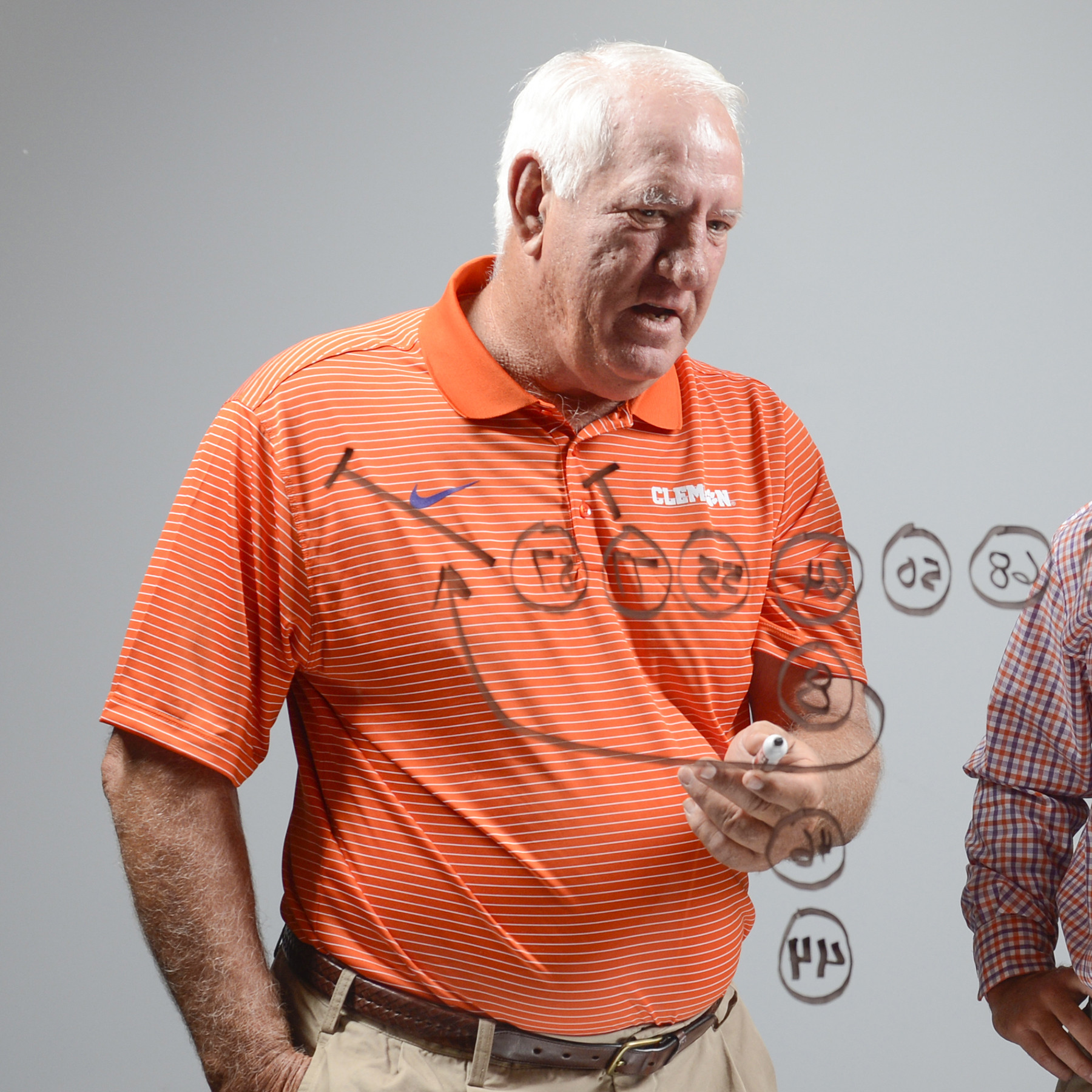 Danny Ford had a lot of unprecedented accomplishments during his career as Clemson head coach from the final game of the 1978 season until the end of the 1989 campaign.

The most celebrated was leading the program to the 1981 national championship, the only one in Tiger football history. In fact, it is the only time Clemson has finished in the top four (of any poll) at the end of the conference championship season, the goal for all programs today.

There were five ACC titles, a 6-2 bowl record with wins over prominent programs led by Hall of Fame coaches, seven top-20 seasons, more than any other Clemson coach, and 20 wins over top-20 teams, also a program best.

However, one of his great accomplishments took place at Notre Dame, Ind., on Nov. 16, 1979, when he led Clemson to a 16-10 victory over Notre Dame. Ford was just 31 years, seven months and 15 days old when he beat the Fighting Irish in the “House that Rockne built.” Ford is still the youngest coach to beat Notre Dame in that facility since 1934 and the second youngest since it was built 85 years ago.

Entering the 1979 season, Notre Dame had won two of the last six national titles, including 1977 with one of the most talented teams in history. The Fighting Irish finished in the top 10 nationally 11 times in the 15-year period between 1964-78. It had won a bowl game six of the previous eight years, including four in what were considered “major bowls,” and was the seventh-winningest program in the 1970s.

Clemson was also playing Notre Dame on its Senior Day, and the Fighting Irish had lost on that special day just twice since 1940.

Ford still has strong memories of that trip to face the program that has 11 national championships, seven Heisman Trophy winners, more College Football Hall of Fame members than any school and the best winning percentage in history.

“One thing I remember about that game was our players being concerned in pregame that they couldn’t run on that tall rye grass,” Ford said with a laugh. “Although we went to the stadium on Friday afternoon, we couldn’t get on the field to work out and run on it. So we didn’t know how slippery the grass was until pregame. I remember just about everyone changing shoes in the locker room before the game.

“The other thing I remember about the trip was getting a call from the Gator Bowl just before we left that we could not go there. It would have been our third straight year and they didn’t want the same team three years in a row, even though we had brought great crowds. The players were excited about getting to a big bowl if we beat Notre Dame, and it was a motivating factor.”

Ford did not tell the team it could not go to the Gator Bowl prior to the game. Clemson accepted a Peach Bowl bid to play Baylor, and a linebacker named Mike Singletary, after the game.

When we took the picture on the cover of today’s program, Ford watched the video of Billy Lott’s key touchdown run that gave Clemson the lead for good in the third quarter. He went through the names of everyone on the field for that play and recited the name of the play in about two seconds after he was asked.

You could tell it was a play the Tigers had been working on and one they thought would be good against the Notre Dame defense.

“What I remember about Billy Lott’s run was that Chris Dolce (starting offensive guard) blocked out two Notre Dame players at the same time, and Billy took it all the way. As an old line coach, I will always remember Chris’ block more than Billy’s run.”

There were some tenuous moments over the game’s final minutes, but the Tiger defense came up big every time. A redshirt freshman named Terry Kinard had two interceptions in the fourth quarter. Twenty-two years later, he would be enshrined in the College Football Hall of Fame just two miles from Notre Dame Stadium in downtown South Bend (it has since moved to Atlanta, Ga.).

It was a joyous locker room in the cramped visiting quarters of Notre Dame Stadium. The Tigers were celebrating with victory cigars.

“We were very, very fortunate to win this game,” Ford said in the postgame press conference. “We’re delighted to have come back from 10 points down and beat a team with the tradition of Notre Dame. We didn’t play super on every play, but we had enough big plays to win.

“In the second half, we got better on defense and our offensive line started coming off the ball. We outquicked them.”

The Tigers controlled the clock for over 21 minutes in the second half with a consistent running game. Clemson ran the ball 74 times on the day, still the most by an opponent in Notre Dame Stadium history.

Ford was a master at making halftime adjustments and did so in this game. The Tigers trailed 10-0 at halftime.

“We had put too much pressure on our quarterback (Lott) in the first half. We were expecting him to read too much. We went from three wide receivers to a two tight end offense and simplified our play selection. We started running inside more.

“On the whole, we played scared both offensively and defensively in the first half. Our secondary played much tighter coverage in the second half, and it paid off.”

Ford believes that win at Notre Dame had an impact on the near future of the program.

“Looking back, beating Notre Dame feels even bigger now. That is the way things work out.

“We went on to win the national championship two years later, and when we beat Notre Dame, it seemed like we could widen our recruiting scope to the entire East coast. We started to get some guys from New Jersey and New York and Pennsylvania. Winning at Notre Dame certainly helped us nationally.”

As far as Ford’s legacy, he is on the ballot for the College Football Hall of Fame, his second consecutive year for consideration. Beating Notre Dame on the road at the age of 31 is a part of that legacy.

“When you look at the ages of head coaches today, I certainly think Jack Chevigny’s record of winning at Notre Dame at age 28 will stand for a long time,” added Ford. “I don’t see anyone that young taking over a program big enough that would play at Notre Dame. I don’t know that anyone will be younger than 31, either. I was fortunate to be given an opportunity by Mr. (Bill) McLellan and Dr. (R.C.) Edwards and the board of trustees.”

And he made the most of it.