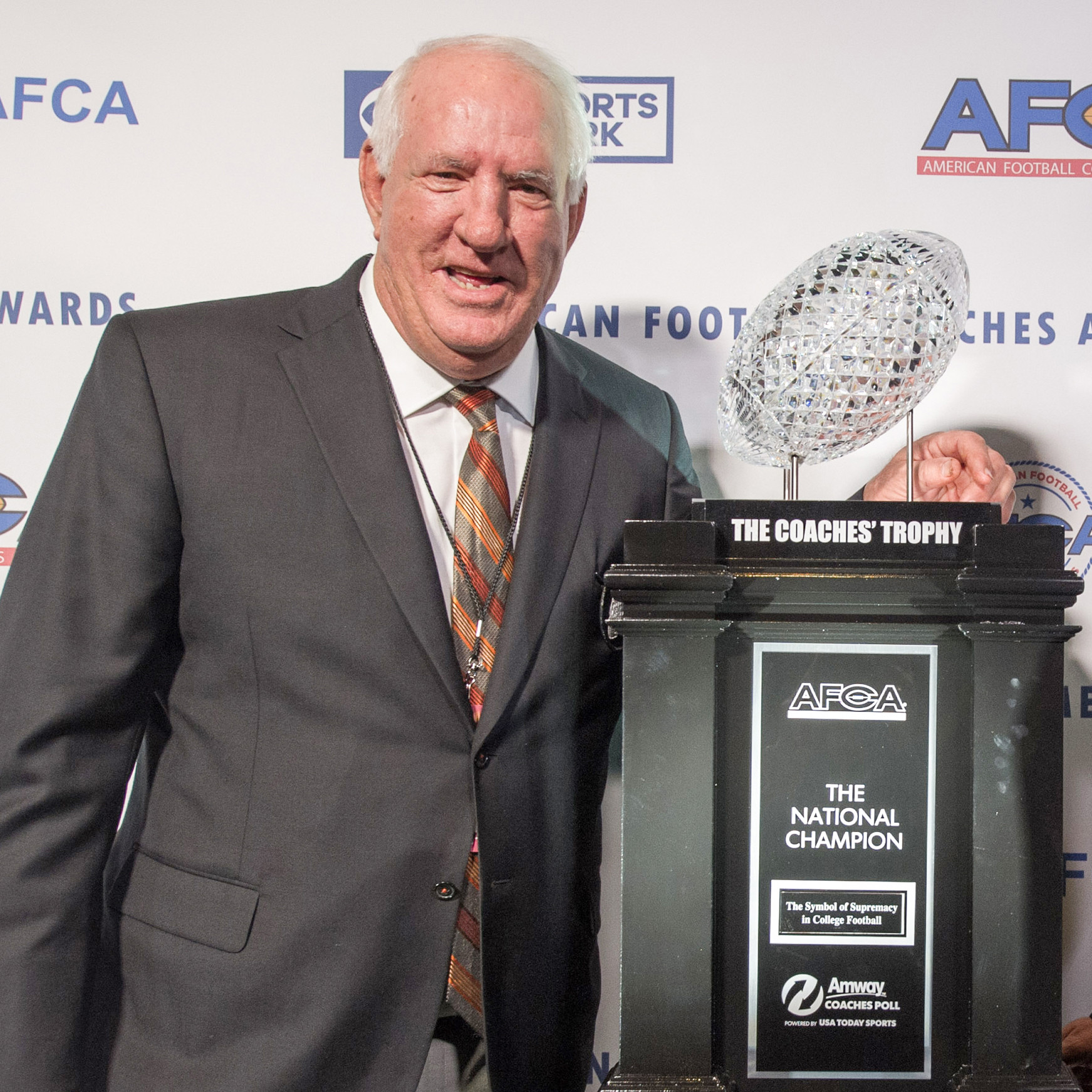 I received an email from the National Football Foundation two days before Christmas that Danny Ford would be a member of the 2017 College Football Hall of Fame induction class. They asked me to keep it quiet until January 9, the day of the national championship game when the class would be announced, but it did allow me to prepare a release for that day.

At the time, Clemson had not played Ohio State yet, but I immediately thought of the possibilities for that January 9 announcement. It was a possibility that Clemson could win the national title, its first since Ford was head coach, on the day he was announced as a member of the new hall of fame class. Plus, the game would be against his alma mater, Alabama.

Of course, as one of the many storylines that developed on that January 9 day, Clemson beat Alabama 35-31 in perhaps the best national championship game ever, as Hunter Renfrow caught a two-yard touchdown pass from Deshaun Watson with just one second left in the game.

There were many ties this year to that 1981 national championship season. Five members of the 2016 team were offspring of lettermen from that first Clemson championship team. That includes 1981 captain Jeff Davis, who had twins on the 2016 team, and team advisor Reggie Pleasant, who was also a member of that team. Starting All-ACC offensive tackle Mitch Hyatt is the nephew of 1981 starter Dan Benish.

ESPN The Magazine did a preseason feature on the connections and even had a photo shoot with Watson and 1981 national championship quarterback Homer Jordan. Jordan and Watson came to Clemson from the state of Georgia and their hometowns (Athens and Gainesville, respectively) are just 36 miles apart.

But as it turns out, the biggest link between 1981 and 2016 might be Ford and his selection to the College Football Hall of Fame.

While Ford did coach five years at Arkansas after he left Clemson, it is his list of accomplishments in Tigertown that got him into the hall of fame.

His path to becoming head coach in 1978 is similar to Dabo Swinney in that both were promoted from the current staff without having been a coordinator, and it was their first job as head coach. Both were products of the Alabama program as players and assistant coaches, and both were young when they took over.

That was especially the case for Ford, who was just 30 years old when he took over for Charley Pell when the latter took the Florida job at the end of the regular season.

Ford’s first game was against Ohio State and legendary coach Woody Hayes, a hall of famer who had already won multiple national championships. Clemson won the Gator Bowl 17-15 that Dec. 30, 1978 evening in Jacksonville, and Ford was off and running.

The next season, he took the Tigers to eight wins, including a 16-10 victory over Notre Dame on the road. At age 31, he is still the second youngest head coach to beat the Fighting Irish in Notre Dame Stadium.

He trumped all the records for coaching youth two years later when he led Clemson to the national title at age 33. He is still the youngest head coach to win it all. With athletic directors today looking for more and more experienced coaches to guide their program, that record may last forever.

While the 1981 national title is the lead accomplishment on Ford’s Clemson resumé, there were many other noteworthy moments. Clemson is 28-2 over the last two years, the best run for the program since Ford’s Tigers were 30-2-2 between 1981-83. He won a total of five ACC titles and had seven seasons that ended with a top-25 ranking, including each of his last four seasons. He won six bowl games, and five of those came against coaches in the hall of fame.

Ford had a tough-love approach that got his players ready for the NFL. Ten different players won 13 Super Bowl championships after they left the Tiger program.

We all celebrate the accomplishments of the 2016 national champions, but Ford’s selection to the hall of fame makes us reflect on that team of 35 years ago when the college football world realized that you can win it all at Clemson.

It was a team that established the mantra that Swinney’s program lives by today…“Best is the Standard.”