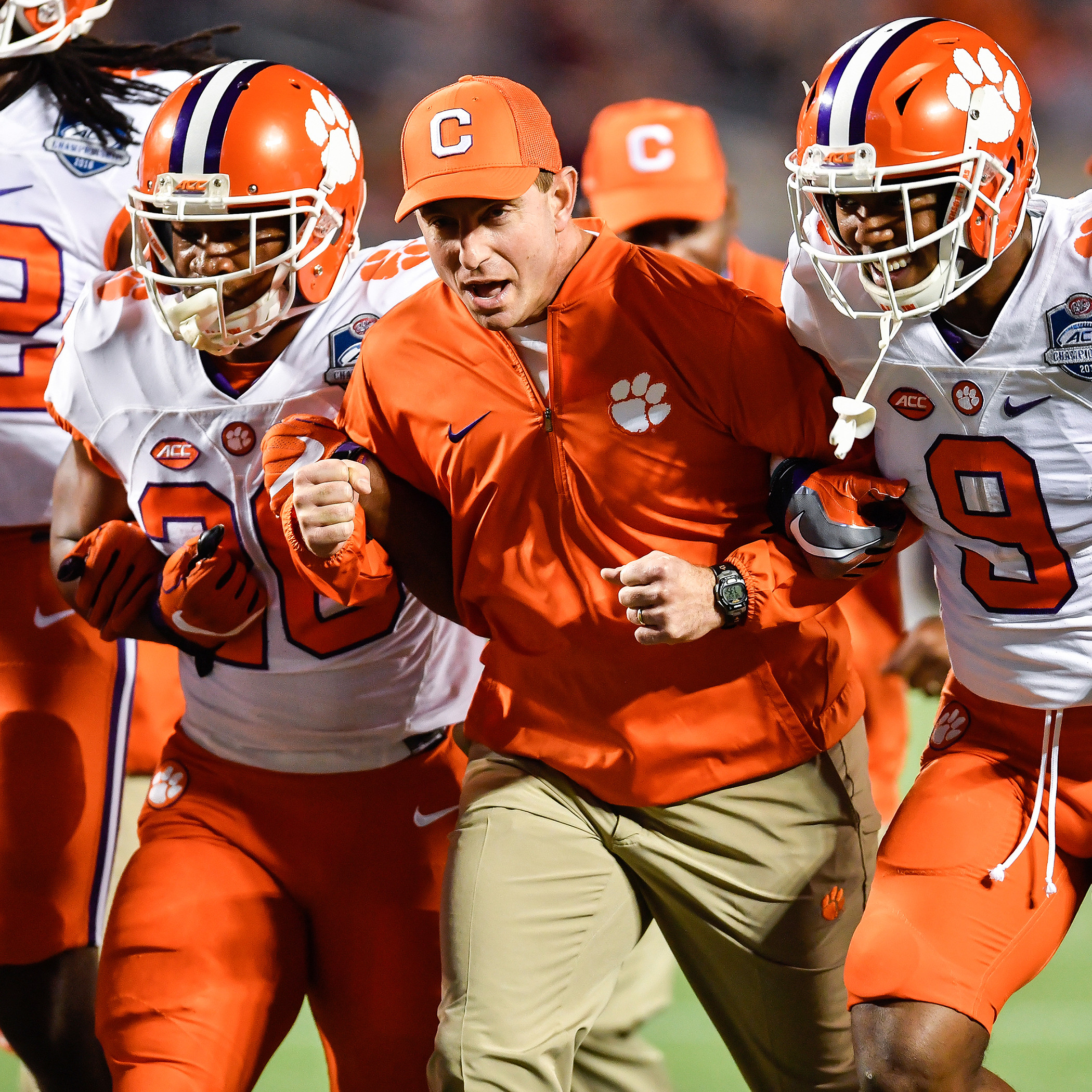 Most of you who read this column know I went to Notre Dame, and that was my team from the time I was young when I listened to Fighting Irish games on the radio sitting at a kitchen table in Connecticut with my dad.

The history of Notre Dame features some master motivator coaches, starting with Knute Rockne and continuing to my days as a student in the 1970s when Ara Parseghian was the coach.

A tour on YouTube actually has video of Rockne giving a speech in the locker room before a game, and many have compared modern day pregame talks to those Rockne gave. His “Win one for the Gipper” speech was well documented in the 1940 film Knute Rockne All-American. A future president played “Gipper” in the movie.

Dabo Swinney also has that gift of motivation. You don’t see his pregame speeches because he doesn’t let cameras in the locker room, he wants those thoughts private for the team. These are different times, and those speeches can be used against you down the road. But he is a master motivator in that sense.

He is also a master motivator when it comes to words and slogans that get his players’ attention.

When you walk around the new Allen N. Reeves Football Complex, there are motivating phrases and Daboisms. The wall as players exit the front of the locker room has 31 of them in block letters.

I have printed the list because they are thought provoking and good motivators for all of us, not just members of the current Tiger football team.

Some of the sayings are used more prominently and have gained more notoriety than others.

“Bring your own guts (BYOG)” caught on after Swinney’s postgame interview when the Tigers defeated Notre Dame 24-22 in a heart-stopping game at Clemson in 2015, one of the games that brought the Tigers to another level of national prominence. There are BYOG shirts everywhere.

“Best is the standard” is one of the signs that adorns Clemson’s indoor practice facility and reminds the Tigers each day of their goal in everything they do.

One of my favorites is “Championships are won when no one is looking.” That says it all for a young football player who must work hard at those 6 a.m., workouts to become better. It is the daily motivator when they are working hard in the offseason.

It goes with his saying, “The fun is in the winning.” You put in that work, and it will lead to victory and celebration in the locker room.

Swinney is not Rockne yet. In fact, Swinney would have to win his next 119 games just to tie Rockne’s 88.1 winning percentage, best in college football history. But Swinney’s 28-2 mark and 93.3 winning percentage the last two years is ahead of Rockne’s career pace. And, Swinney’s ability as a motivator has a lot to do with it.

Daboisms • All-In• As a man thinketh, so is he • Attitude • Be the example • Before they are champions… • Believe • Best is the standard • Bloom where you are planted • Bring your own guts (BYOG)• Champions behave like champions • Efficient• Finish• Fun is in the winning• Greatness never goes on sale, you must pay the full price• If your dreams don’t scare you, they’re not big enough• Intensity• It’s not about me • It’s not this environment, it is you• Laser focus• Love, care, serve • No regrets • No shine without the grind• Nobody works harder• Passionate about winning (P.A.W.)• Play fast• Prepare with purpose• Stay humble and hungry• There is no elevator to greatness, you have to take the stairs• There is no substitute for knowledge• Will it matter that you were here?