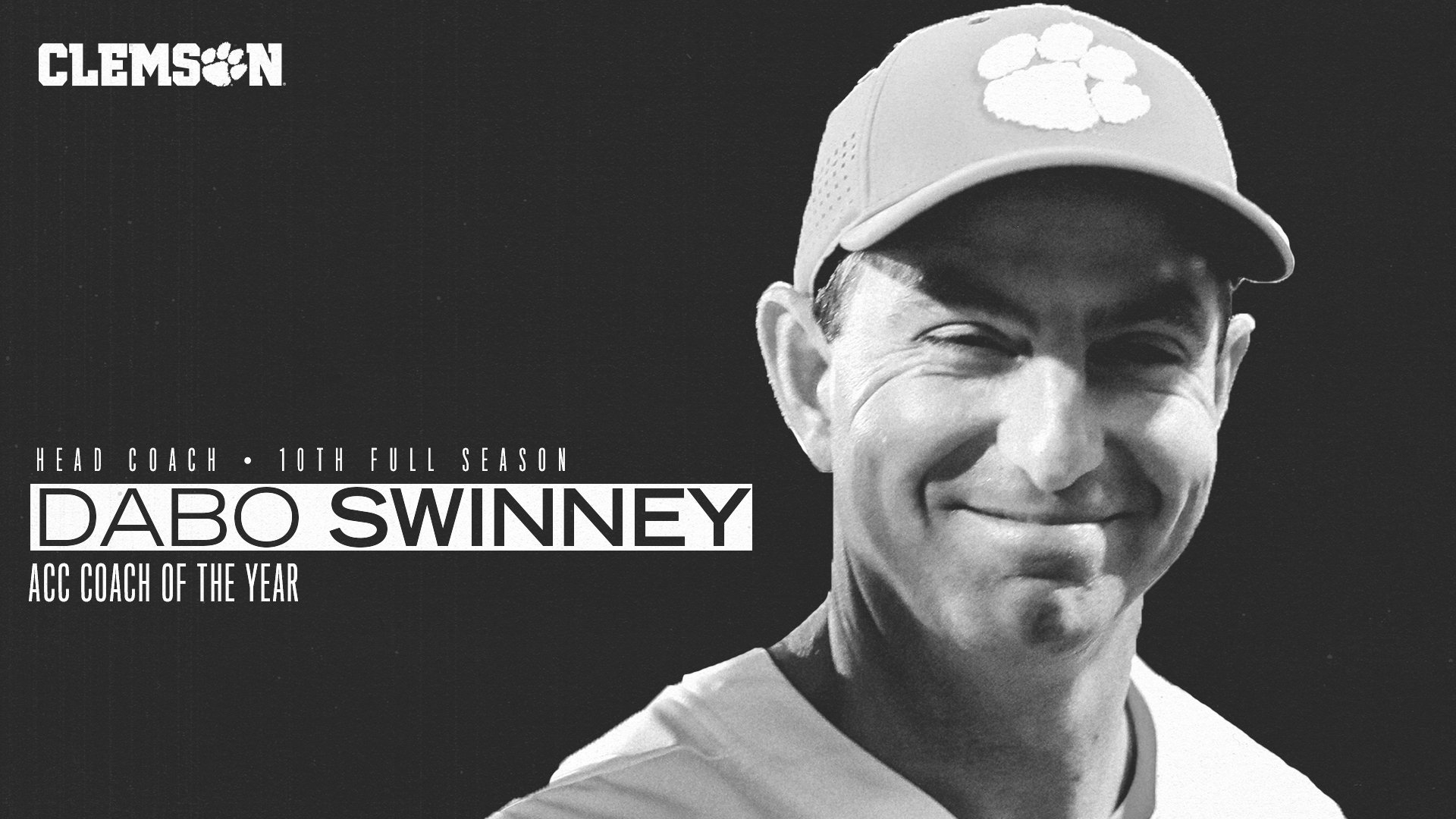 It is the second ACC Coach of the Year honor for Swinney, who was first recognized in 2015. Swinney has led the Tigers to the best eight-year span in program history, and the 2018 regular season stands out as one of the finest during that stretch.

Clemson enters Saturday night’s Dr Pepper ACC Football Championship game against Pitt with a 12-0 overall record and a No. 2 CFP ranking. The Tigers, who rank among the nation’s best in a number of offensive and defensive categories, are bidding for their fourth consecutive appearance in the College Football Playoff and their second national championship in three years.