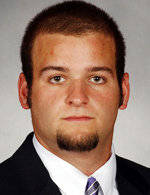 “I have dismissed Jamie Cumbie from the Clemson football program for a violation of team rules,” said Head Coach Dabo Swinney. “I appreciate what he has done for our program the last four years and wish him the best in the future.” He is on track to graduate in August and will look to play his final year of eligibility at another institution.

Cumbie played in 13 of the 14 games last year and he had 53 total tackles, more than any other Clemson reserve. He had a career high nine tackles at South Carolina and had 4.5 tackles for loss and 2.5 sacks for the season. The 6-7, 290-pounder played in 36 games in his career with three starts and had 5.5 career sacks.