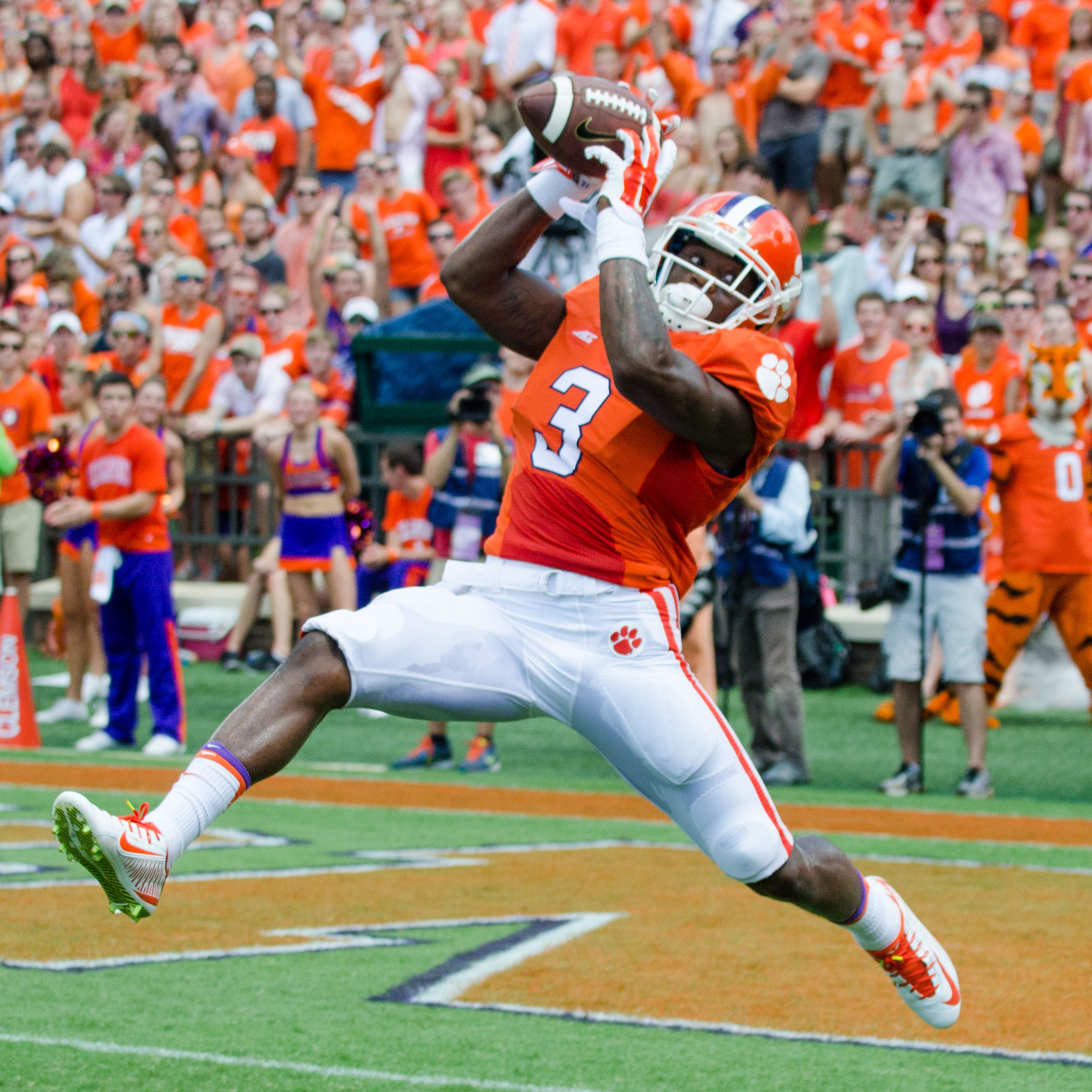 Coming Out of the Dark

We’ve all heard the old adage, “What you do in the dark will always come to light.”

Clemson’s Artavis Scott took the famous saying literally when, shortly after enrolling, he spent countless hours catching passes from fellow freshman Deshaun Watson. Amidst the frigid January air, the two would throw and catch on Frank Howard Field, often times with darkness upon them.

“The lights were off and everything,” he said. “We wanted to see if he could hit me when it’s dark. And we did pretty well.”

Scott’s done very well in the first two glimpses he’s provided the Tiger fanbase. In the opener at Georgia, he snatched a second-quarter pass from Cole Stoudt out of the air for a grab worthy of any highlight reel. The next time out, all he did was establish a school freshman record with 164 receiving yards in a rout of SC State. He even found paydirt twice in the Tigers’ home opener.

As a result of his outstanding effort, he was named ACC Receiver of the Week on Monday. He attributes the success to the extra work he put in prior to his rookie season.

“It was the same way with Cole,” he said. “We got extra throws in this summer to feel comfortable with each other. They need to have confidence they can throw me the ball and I’ll make the catch for them.”

Wide receivers coach Jeff Scott spent the entire offseason answering questions on how his unit would survive without departed playmakers Sammy Watkins and Martavis Bryant. As early as January, he told the other members of Dabo Swinney’s staff that the Tigers could be deeper at wideout – one through seven – than they had been in all his years as a coach.

Artavis Scott is not only an example of that depth, but he’s also a product of a trickle effect that has permeated the Tigers’ recruiting efforts.

“When Sammy was in ninth or 10th grade watching Clemson play, he saw C.J. Spiller and Jacoby Ford from his home state,” Jeff Scott said. “All of a sudden, that piques Sammy’s interest to come check us out. And then that process repeats itself with a young guy like Artavis. And now there are other skill players in southwest Florida taking notice of Artavis, and we’re certainly after them in recruiting. We want to keep that Florida pipeline going.”

Focused and mature for a freshman, Artavis Scott doesn’t try and compare his game to that of any other college or pro athletes.

“I want to have that same level of success,” he said of Clemson’s long line of great wideouts. “But I try and do things in a different way.”

Even if it means catching passes in the dark.