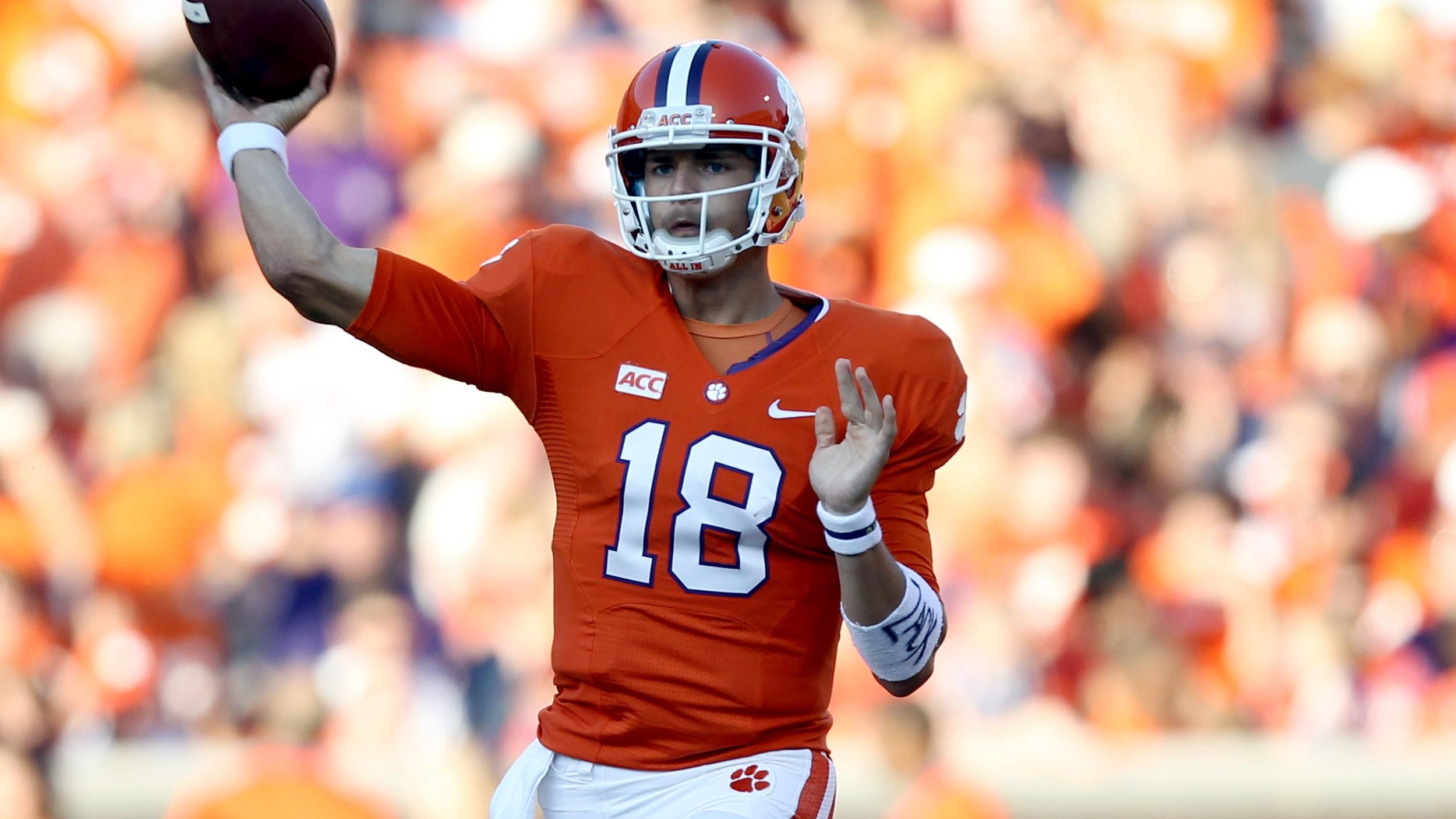 CLEMSON, S.C. – Clemson Head Coach Dabo Swinney formally named Cole Stoudt his starting quarterback during a teleconference with media from around the nation today.  The senior from Dublin, Ohio moves into the role following the graduation of Tajh Boyd, who led Clemson to a 32-8 record and a pair of top 10 final USA Today rankings the last two seasons.

Stoudt, the son of former Pittsburgh Steelers quarterback Cliff Stoudt, has been Boyd’s backup the last three years.  Over that time he has played in 22 games and completed 86-119 passes for 742 yards and eight touchdowns.  He has thrown just one interception and has a completion percentage of 72.3, best in Clemson history given a minimum of 100 attempts.  His career passing efficiency is 145.1.

“I really like Cole Stoudt.” said Swinney.  “He has performed every time that he’s been called upon in three years. He has prepared to be the starter every week, even though Tajh Boyd was there. He was always ready, so I think he understands he’s got an experience that is very good for us. He has a great feel for our system, and again, he’s been on the big stage many times and has performed well.”

Stoudt won’t have a home game against an average opponent to begin his career as a starter.  The Tigers open the 2014 season at Georgia on August 30. The third game of the year is at defending National Champion Florida State.