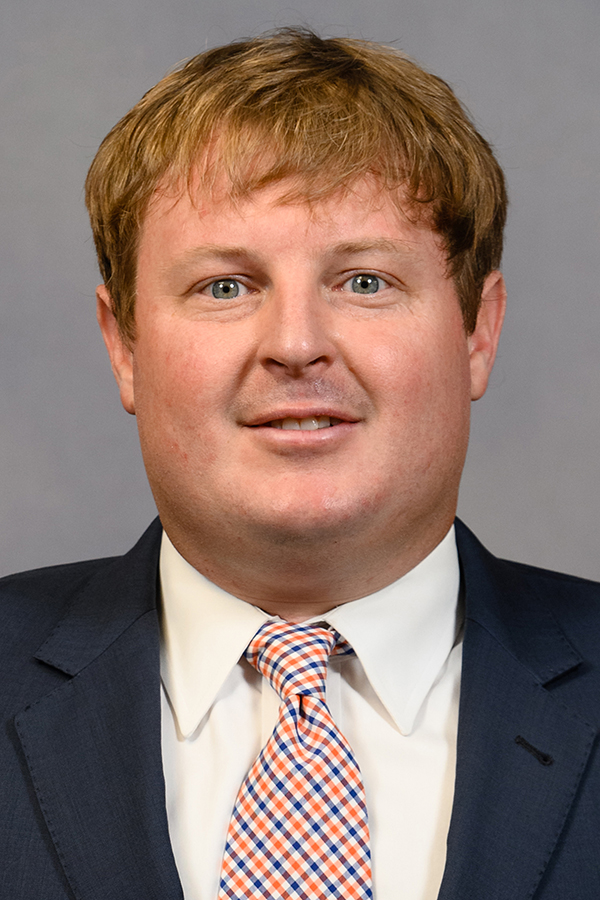 • Formally named as Clemson’s defensive coordinator and linebackers coach on Dec. 14, 2021 prior to Clemson’s victory against Iowa State in the 2021 Cheez-It Bowl.

• Though in his first full season in an on-field role at Clemson, the 2022 season will be his 11th overall season across two tenures with the Tigers.

• Served in a critical off-field role for former Defensive Coordinator Brent Venables as a defensive analyst from 2012-14 and as senior defensive assistant from 2018-21, overseeing defensive breakdowns and opponent scouting, assisting with on-campus recruiting and also serving as one of the program’s primary liaisons to NFL scouting personnel and coaches.

• Joined the staff on a full-time basis in 2012 and oversaw the team’s secondary for its 2012 Chick-fil-A Bowl win against LSU.

• In the final season of his first stint at Clemson in 2014, Clemson finished as the nation’s top-ranked unit in total defense, third down percentage, first downs allowed and tackles for loss, all while ranking in the top five in many other statistical categories.

• Between his stints at Clemson, Goodwin spent three years with the NFL’s Arizona Cardinals, serving as an assistant to head coach Bruce Arians from 2015-17.

• Cardinals squads for which Goodwin worked compiled a 28-19-1 record, including a 13-3 NFC West championship season in 2015 in which Arizona reached the NFC Championship Game.

• Said Arians upon Goodwin’s promotion to defensive coordinator at Clemson: “Wesley is one of the best young defensive minds I’ve had the opportunity to work with. He was with my staff for three years in Arizona and I saw him grow defensively, and offensively, that whole time. He has a bright, bright future. One thing is for sure – they are going to be an attacking type of defense and I know he is going to do great things with this opportunity.”

• Began his athletic coaching career as a baseball manager at Mississippi State under legendary NCAA baseball coach Ron Polk before transitioning to football.

• Earned his undergraduate degree from Mississippi State in 2007 and his master’s degree in 2009.

• Said Head Coach Dabo Swinney upon Goodwin’s promotion in December 2021: “All I can tell you is Wes Goodwin is special. Everybody that has ever worked with him, everybody who knows him, these players,  they know who he is and what he’s capable of. It’s a blessing that I’ve been able to hang on to him. He’s turned down three or four linebacker jobs in the NFL for the last three years, and I kept him and just said, ‘Hey, this is my plan. Just stay patient.’ … There’s a reason those NFL guys have been trying to hire him. He’s a very, very, very, very talented young coach with an incredibly bright future.”

• Continued Swinney: “Wes has worked with the best of the best. He got his start with Ellis Johnson, and I worked with Ellis at Alabama. Ellis is one of the best. He worked with Kevin Steele; Kevin is one of the best. And then he’s been around some great ones in the NFL. Spent time with Sylvester Croom as well. He and I [smiling] have both done a tour of duty with Bruce [Arians]… We’ve always had that connection, and Bruce has tried to take him back, but we were able to hang on to him. He’s worked obviously with Brent [Venables], so he has a wealth of experience that I think he will tap into and do it his way.”

• Native of Grove Hill, Ala.