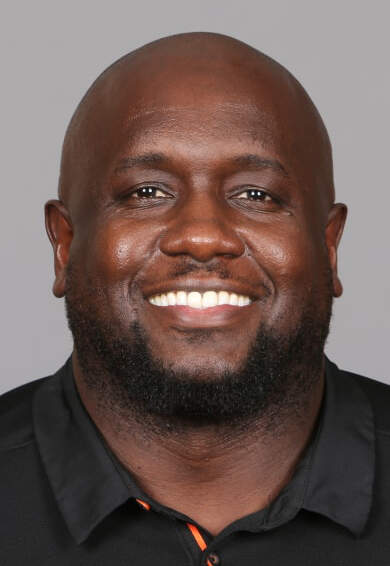 • Returned home to his alma mater on Jan. 7, 2022 upon being hired as Clemson’s defensive run game coordinator and defensive tackles coach.

• Veteran of 17 combined NFL seasons as a player and coach who joined Defensive Ends Coach Lemanski Hall to give Clemson’s talented defensive line group the guidance of a coaching duo with 26 combined seasons of NFL experience.

• Said Head Coach Dabo Swinney upon his hiring: “Nick is the epitome of what I look for in a coach. He has an incredible passion for the game, he has got a great background and he truly loves the player. In this hire, I really wanted a guy who had great experience at the NFL level. I wanted somebody who has coached the best of the best at the highest level, and that’s exactly what he’s done. He was a great player at Clemson and he’s a great Clemson man.”

• Prior to returning to Clemson, he served as defensive line coach at Auburn in 2021, helping the Tigers to their largest sack total since 2018.

• Coached a defensive interior that helped Auburn allow the third-fewest yards per carry in the SEC and finish fourth in the conference in tackles for loss in 2021.

• Briefly served as a defensive assistant at Austin Peay for part of 2018.

• Was hired by the Tennessee Titans in 2014 and helped oversee Tennessee’s transition from a 4-3 to a 3-4 front.

• Helped defensive tackle Jurrell Casey to the first three of his five career Pro Bowl selections to date through 2021 in those four years.

• Began his transition to coaching in 2013 as a coaching intern for the Browns, for whom he had previously played three seasons from 2004-06.

• Was a team captain, All-ACC selection and Strength & Conditioning All-American at Clemson. He was a two-time Dedication Award winner as awarded by the Clemson strength & conditioning staff.

• Selected to the AFCA Good Works Team in 2000 and was the first five-time Clemson recipient of the ACC Top Six award, which was presented annually to the conference’s top student-athletes in terms of community involvement.

• Became the first Clemson football player to graduate with two years of eligibility remaining after earning a degree in sociology in August 2001. He later added a master’s degree in human resource development in 2008.

• Was a fourth-round selection by the Denver Broncos in the 2003 NFL Draft, but he spent his rookie season on the Reserve/Injured list after suffering an Achilles injury during training camp.

• Played 117 NFL games over 10 seasons from 2003-12 with the Cleveland Browns, Pittsburgh Steelers and Arizona Cardinals.

• Finished his playing career with the Cardinals, where he spent two seasons from 2011-12, appearing in 32 games and registering two sacks.

• Spent four seasons with the Steelers from 2007-10 and helped the team to two Super Bowl appearances, including a victory in Super Bowl XLIII in the 2008 season.

• Said upon his hire at Clemson: “To have this opportunity to come back to Clemson is a blessing from God. It is a dream for most coaches to have the opportunity to coach at your alma mater and that is the case for me. Clemson is a special place. It has been family to me since I first took a visit as a recruit in 1997. I have continued the relationships I started almost 25 years ago with the fans, the administration and the coaching staff… I am looking forward to working with one of the best defensive lines in the country.”

• Added Swinney: “Not only was he a great player at Clemson, but he was a great pro. He was incredibly respected all throughout his career as a player and coach. He’s coached the best of the best, he’s a Super Bowl champion, but I love his passion for coaching and teaching young people. He’s been drawn to the college level by the impact he can have on a young person’s life, and he just really fits and aligns with our values here at Clemson. It’s just an added bonus that he happened to be a great player here at Clemson.”