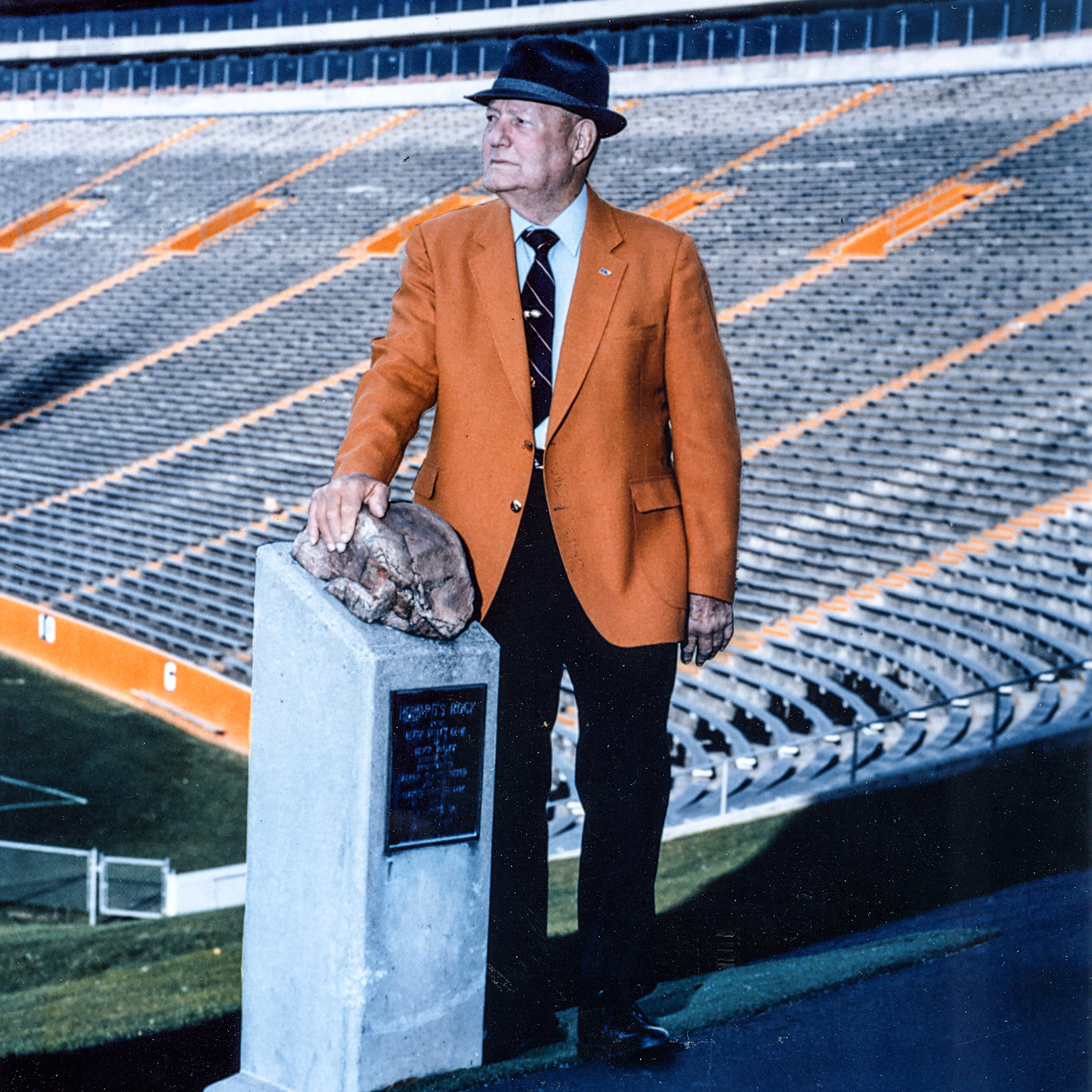 The first time I heard about Howard’s Rock was 1967. I was 11 years old and I was watching an ABC Sunday morning college football highlights show at our family home in Connecticut. In those days, there were only one or two games a Saturday on ABC.

Bill Flemming, one of the original broadcasters of Wide World of Sports, was the host of that 30-minute Sunday morning program that aired highlights of the previous day’s big games.

This particular Sunday in November, one of the highlighted contests was the NC State at Clemson game. The Wolfpack were ranked No. 10 in the nation and were coming to Clemson with an 8-1 record behind the play of two future college coaches, Chuck Amato and Jim Donnan. The Tigers had played a tough non-conference schedule, but they were formidable as defending ACC champions with an unbeaten conference record at the time.

Clemson won that game 14-6 in an upset, the highest-ranked team the Tigers defeated at home between 1942 and 1981. But I was most impressed by watching the opening of the highlight package when Clemson players rubbed the Rock and then ran down the Hill. Head coach Frank Howard, dressed in shirt and tie, Derby hat and dress shoes, was the last one down the Hill.

I thought that was the neatest stadium entrance I had seen.

Ten years later, I watched this tradition in person. I was at my first Clemson game in Death Valley as a visitor with Notre Dame as it got ready for the first-ever meeting with the Tigers.

Little did I know at the time, but 10 months later, I would be in the same stadium representing the home school as the Tigers ran down the Hill for the 1978 season opener against The Citadel. Later that year, president Robert C. Edwards rubbed Howard’s Rock and ran down the Hill with the team.

The tradition of running down the Hill has evolved over the years. It started in 1942 when Memorial Stadium opened because the team dressed in Fike Fieldhouse, and coming down the Hill was the quickest way to get to the field.

In 1966, the executive secretary of IPTAY, Gene Willimon, was given a flint rock by Howard from Death Valley, Calif., and was told to do something with it. It had been given to Howard by a Clemson grad named Sam Jones. Howard wanted to get it out of his office. For a year, it had served as nothing more than an occasional doorstop.

Willimon had the bright idea to mount the rock on a pedestal at the East end of the stadium and call it Howard’s Rock. It just so happened that the first game the Rock was present was a memorable Clemson victory, a 40-35 triumph over Virginia. Clemson had to overcome a 17-point deficit to do it, so Howard and Tiger fans believed that Rock brought the team good fortune.

Well known as a coach and perhaps even better as a marketer, Howard had the idea that the players should rub the Rock “for mystical powers” before they ran down the Hill. Howard told the story of the team now rubbing Howard’s Rock on his Sunday morning television show after the 1967 home opener against Wake Forest.

In 1972, a group of players led by the late Ben Anderson came up with the idea of running down the Hill just minutes before kickoff so there would be more people in the stands and it would give the team an emotional lift before kickoff. Head coach Hootie Ingram arranged to have a couple of school buses bring the team from the west endzone to the top of the Hill.

In 2016, we celebrate 50 years of Howard’s Rock as the centerpiece of college football’s greatest tradition. No school has a more iconic symbol.