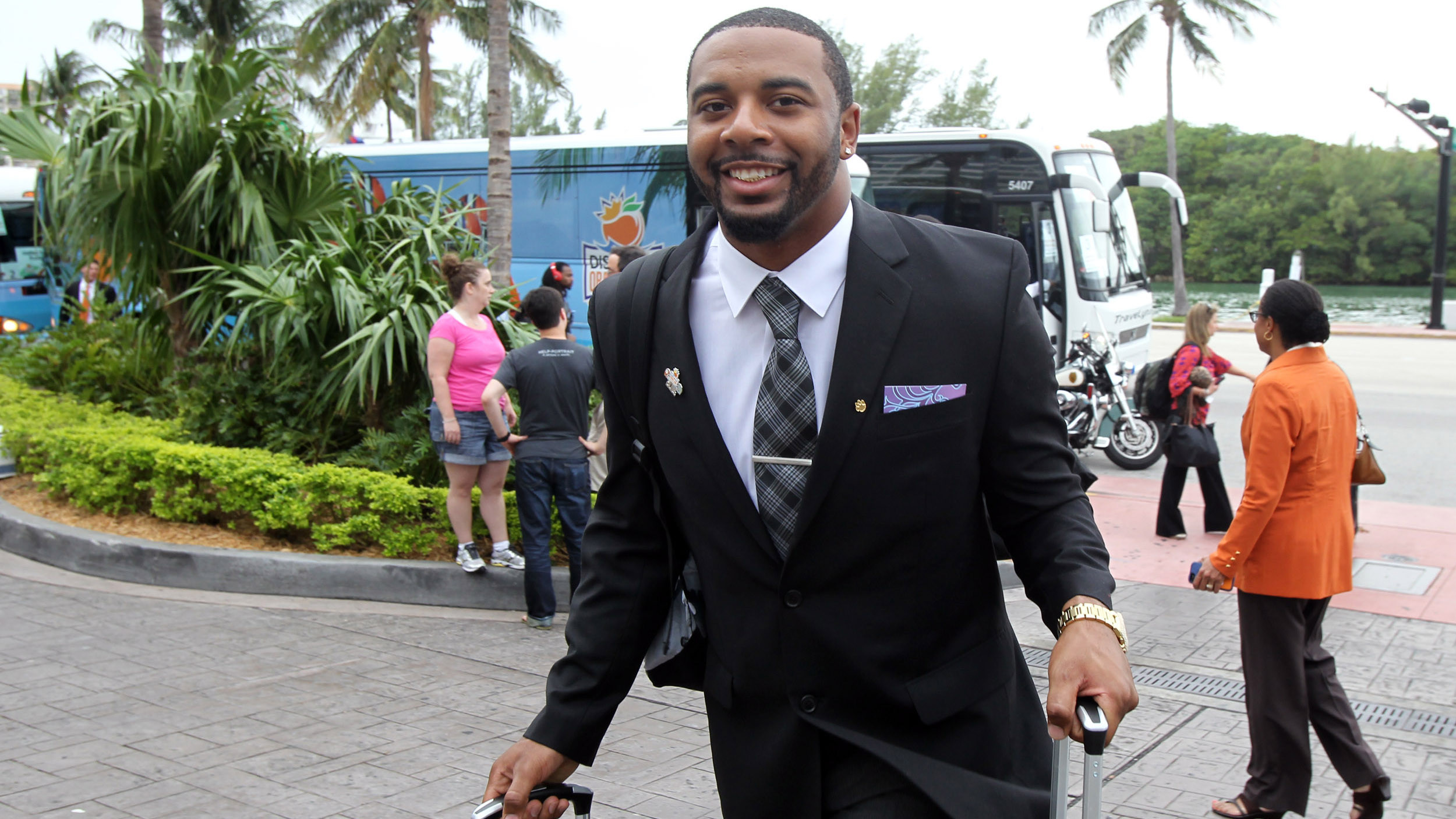 PHOTOS: Tigers Arrive at the Fontainebleau

MIAMI BEACH, FL – Clemson arrived in Miami Beach on Sunday afternoon focused strictly on business, but it was plenty obvious why the place is better known for pleasure.

One needed only look at the scenery around the swanky oceanfront Fontainebleau Hotel where the team is staying to see it wouldn’t be difficult to get distracted by something other than preparing to play Ohio State in the Orange Bowl.

“It’s definitely not the normal place to stay – at any bowl really,” head coach Dabo Swinney said in the lobby moments after arriving. “This place is probably the most unique hotel that we’ll stay at of all our bowl experiences. But it’s a lot of fun. These guys have earned it. Teams stay here every year, so it’s one of those things you just talk about and keep them focused on the task at hand.”

The 12th-ranked Tigers practiced for the last time on campus Sunday morning, and Swinney said when the team took the field it was “cold” – drawing out the O and adding a little vibrato to his voice for a shivering effect.

The team boarded its buses outside the WestZone about 11:30 a.m., and shorty after 3 p.m., had landed at Miami International Airport, where the temperatures climbed into the low 80s on Sunday.

“It felt really good stepping off the plane. (The heat) hit us immediately,” senior kicker Chandler Catanzaro said. “It’s an honor to be down here. We’re excited to get on the field and start practicing.”

And while the team wouldn’t need to look far for fun – the crowded pool just off the Fontainebleau lobby with music pumping over the loudspeakers was evidence of that – the players were much more focused on the task at hand.

“We all realize that it’s a business trip,” senior linebacker Spencer Shuey said on the tarmac upon arrival. “We’re definitely going to have a lot of fun and enjoy the hotel and enjoy the facilities and the different events they put on for us, but I think the maturity level on our team has showed that we know it’s a business trip and we’re definitely going to treat it as such.”

The team altered its schedule a bit from the last time it played in the Orange Bowl two years ago, when it arrived two days earlier in relation to the game and held a mini-camp in Weston, FL, before moving down to the Miami area for the regular bowl itinerary.

This year, the Tigers returned to campus after Christmas break and practiced from Thursday through Sunday morning at home before departing for Miami.

“When we got back on the 26th, that night, I thought they were very engaged and had good retention and ran pretty good for having been off a few days, so that’s probably been the best part of it,” Swinney said. “The 27th was a great practice for us. (Saturday) was really good, and then this morning we just kind of flipped the switch to game week.

“They know what’s at stake. This is one of the best teams in the country that we’re playing, and they know we’re going to have to play well – and the only way to do that is to prepare well.”

Clemson is set to practice early Monday afternoon at Barry University in the Miami area before attending a team and family beach outing at the Fontainebleau Beach Front later that afternoon and into the evening.

The Tigers will also practice Tuesday and Wednesday at Barry, with other activities including dinner at a Brazilian steakhouse and a visit to a local children’s hospital interspersed with their bowl preparations.

And not to worry, the players will also get what Catanzaro described as “ample” free time to see the sights in and around Miami Beach.

“You definitely want to have fun,” Catanzaro said. “It’s a reward to be here, and it’s definitely a reward for the season we put together. But at the same time, there are rules and regulations you’ve got to follow and there’s a line there.

Tajh Boyd signing a few autographs for young fans here to send us off to the @OrangeBowl. #ClemsonOrange pic.twitter.com/O2pUoY1L0Z

Want to know what it’s like to be a #Clemson player going to the Orange Bowl? Here’s a 6-second glimpse: https://t.co/GzwmDw0JJs

After their final pre-bowl practice at Death Valley in Clemson, the Tigers traveled to Miami to prepare for the upcoming 2014 Discover Orange Bowl vs. Ohio State on Jan. 3. See exclusive footage of the team’s travel as well as interviews with Dabo Swinney and Chandler Catanzaro.