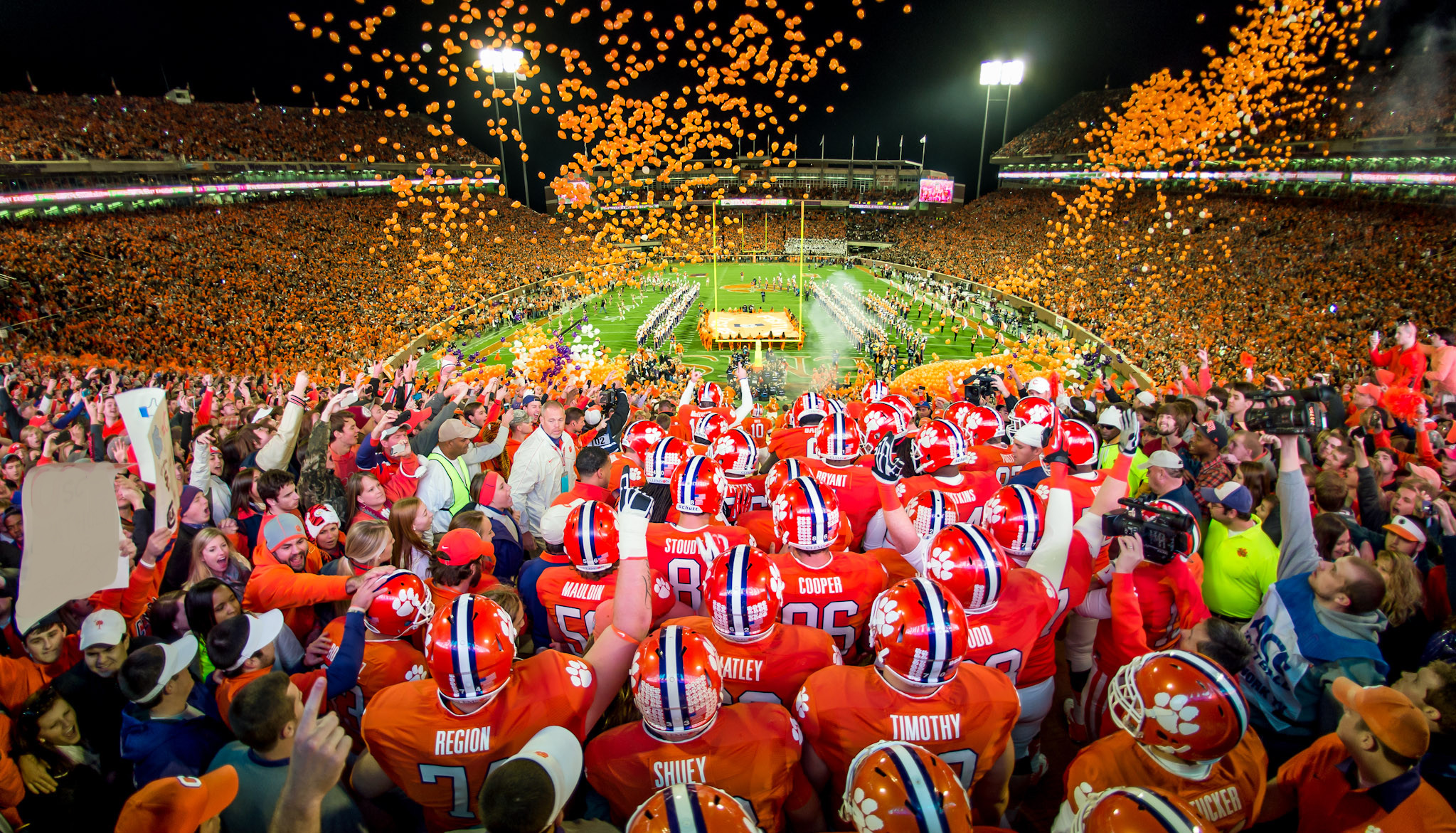 CLEMSON, SC – The season opening football game between Clemson and Georgia at Clemson on August 31 will start at 8 PM and will be televised by ABC.  The ACC and SEC made the announcement on Tuesday.

This is the first of a two-game series between the longtime rivals, as Clemson will go to Georgia in 2014.

Both teams finished in the top 10 of the final USA Today poll last year, as Georgia was fourth with a 12-2 record, while Clemson was ninth with an 11-2 mark.

Both schools figure to be ranked in the top 10 of many preseason polls with the return of their respective starting quarterbacks.  Clemson’s Tajh Boyd and Georgia’s Aaron Murray both ranked in the top five in the nation in passing efficiency and touchdown passes last year.

In fact, Boyd and Murray both had 36 touchdown passes in 2012, tied for fifth best in the nation.  Murray has 95 career touchdown passes, while Boyd has 73, the top two career totals among active quarterbacks in college football entering the 2013 season.

The programs had legendary games during the 1977-87 era when both were consistent top 15 teams.  The two teams were 5-5-1 against each other during that era and the average victory margin was just 4.7 points per game.  Nine of the 11 games were decided by a touchdown or less.