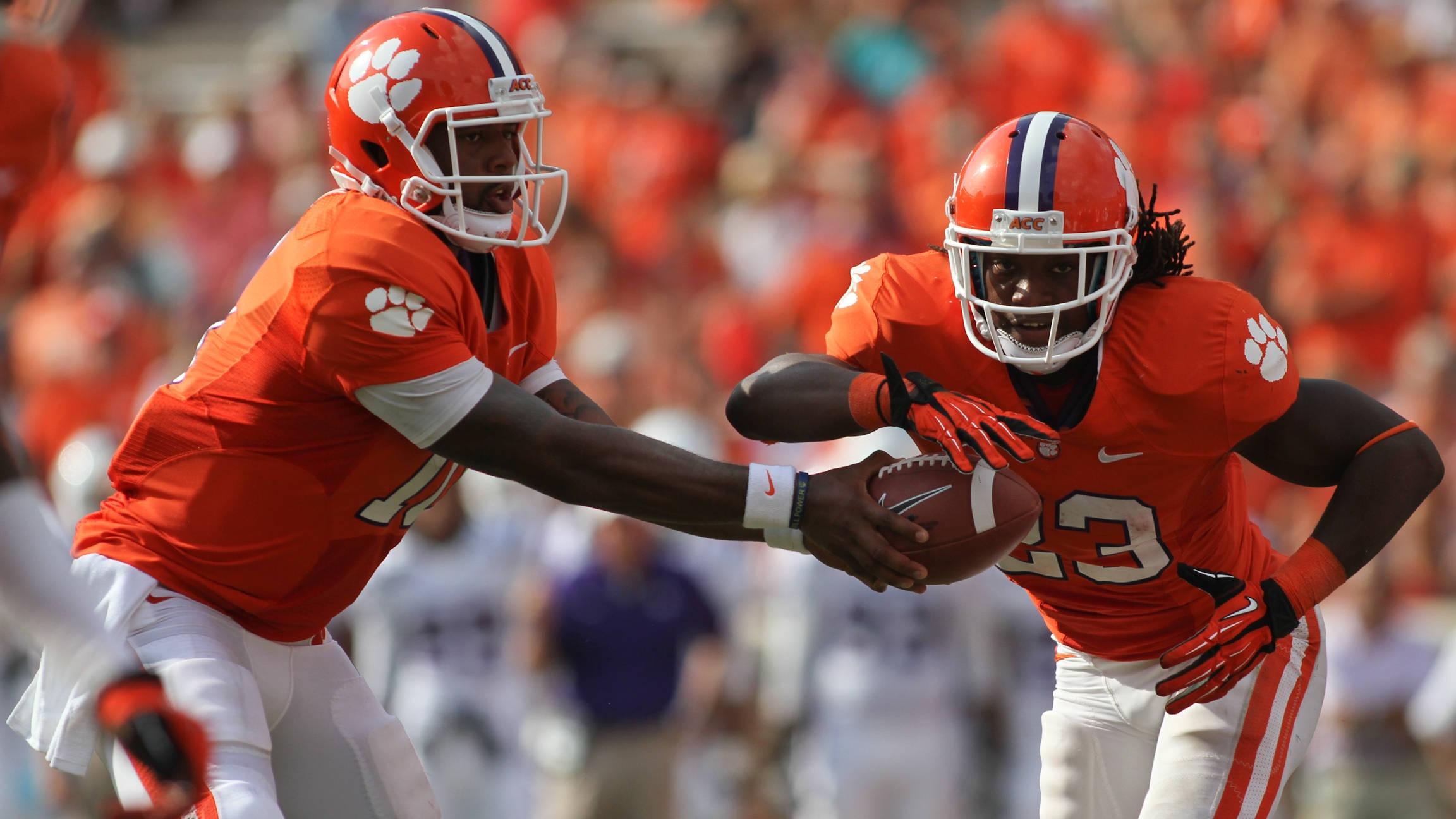 O’Rourke-McFadden Trophy to the Winner

For the fifth time, Clemson and Boston College will play for a trophy. The Boston College Gridiron Club began sponsoring the O’Rourke-McFadden Trophy in 2008. Clemson won it the first season with a 27-21 victory in Boston, then won it in 2009 with a 25-7 win at Clemson. Boston College took the trophy with a hard fought 16-10 victory at Chestnut Hill in 2010, then Clemson won last year 36-14.

The trophy features a leather helmet replica of those used by Charlie O’Rourke of Boston Col­lege and Banks McFadden of Clemson, when they competed against each other in the 1940 Cotton Bowl in Dallas, TX.

In addition to the trophy presentation, the Bos­ton College Gridiron Club will present a replica leather helmet to the MVP of the winning school. The helmet will reflect the colors of the winning team.

The Boston College Gridiron Club devel­oped the idea in order to honor the tradition at both schools and to honor the legacy of Charlie O’Rourke and Banks McFadden, who played dur­ing the leather helmet era. Clemson and Boston College are both in the Atlantic Division of the ACC and will play every year.

O’Rourke led Boston College from the quarter­back position to a 26-3-2 record in his three years as the quarterback of the Eagles between 1938-40. One of those three losses was to McFadden and Clemson in the 1940 Cotton Bowl. O’Rourke had his jersey retired at Boston College and was inducted into the College Football Hall of Fame in 1972.

McFadden led the Tigers to a 9-1 record in 1939 as the starting quarterback. Regarded as the great­est all-around Clemson athlete of the 20th century, he was an All-American in football and basketball at Clemson. The 1939 football team finished 12th in the final AP poll, Clemson’s first top 20 season on record, and the win over Boston College in the Cotton Bowl was Clemson’s first bowl appear­ance. In the spring of 1939 he led Clemson to the Southern Conference championship in basketball. McFadden was inducted into the College Football Hall of Fame in 1959, Clemson’s first inductee.