CLEMSON, S.C. — Clemson announced today that it has formally added three games to the team’s football schedules for 2025-26, including a home-and-home series with LSU in 2025 and 2026 and a home game against Troy in 2025.

Clemson will open the 2025 campaign with the two newly added opponents, first welcoming LSU on Aug. 30, prior to hosting Troy on Sept. 6. Clemson will make its return trip to Baton Rouge, La., to face LSU on Sept. 5, 2026. All game times will be announced at a later date.

Clemson and LSU first met on the gridiron on Jan. 1, 1959, when Frank Howard’s ACC title-winning squad culminated its 1958 campaign against LSU in the Sugar Bowl. The two programs most recently met in an instant classic in the 2012 Chick-Fil-A Bowl, as Clemson drove 60 yards in 10 plays — including a key conversion on fourth-and-16 — to set up kicker Chandler Catanzaro’s 37-yard field goal as time expired in a 25-24 Clemson win.

“The series against LSU continues the philosophy we have had at Clemson for many years of looking to add another Power 5 opponent to our schedule outside of our annual rivalry game with the University of South Carolina,” Director of Athletics Dan Radakovich said. “We are excited about playing a school with LSU’s rich football tradition. We know our fans will enjoy visiting Baton Rouge, and we know they will provide our renowned Clemson hospitality to the fans from LSU.”

To date, Clemson and LSU have never met in regular season play. All three of the previous contests between the two schools have come in postseason play, including bowl games following the 1958 (Sugar Bowl), 1996 (Peach Bowl) and 2012 (Chick-Fil-A Bowl) seasons.

Clemson’s matchup with Troy will represent the third all-time meeting between the two schools. Clemson holds a 2-0 advantage in the all-time series, including a 43-19 win in the 2011 season opener and a 30-24 victory in 2016.

“We are pleased to add Troy to our 2025 schedule,” Radakovich said. “This addition allows us to preserve a seven-game home schedule, which remains a high priority for us, our fans and our community.” 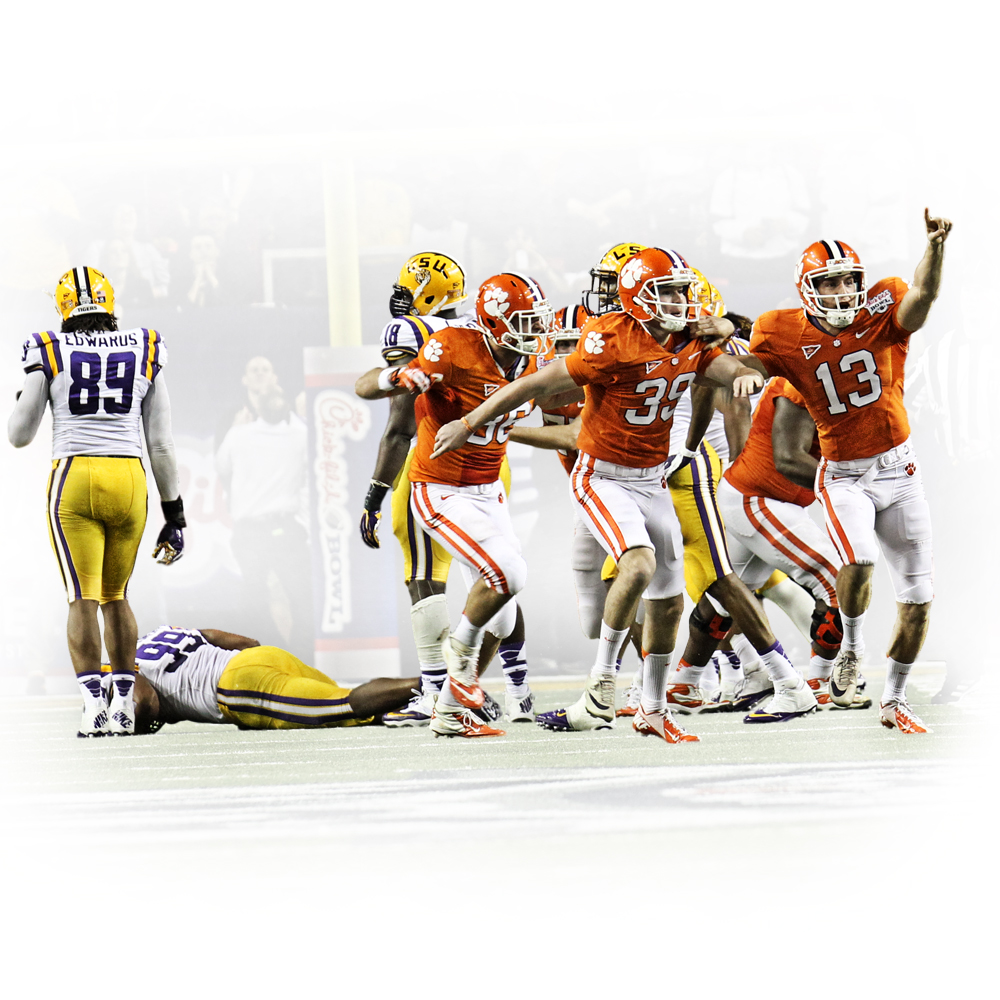