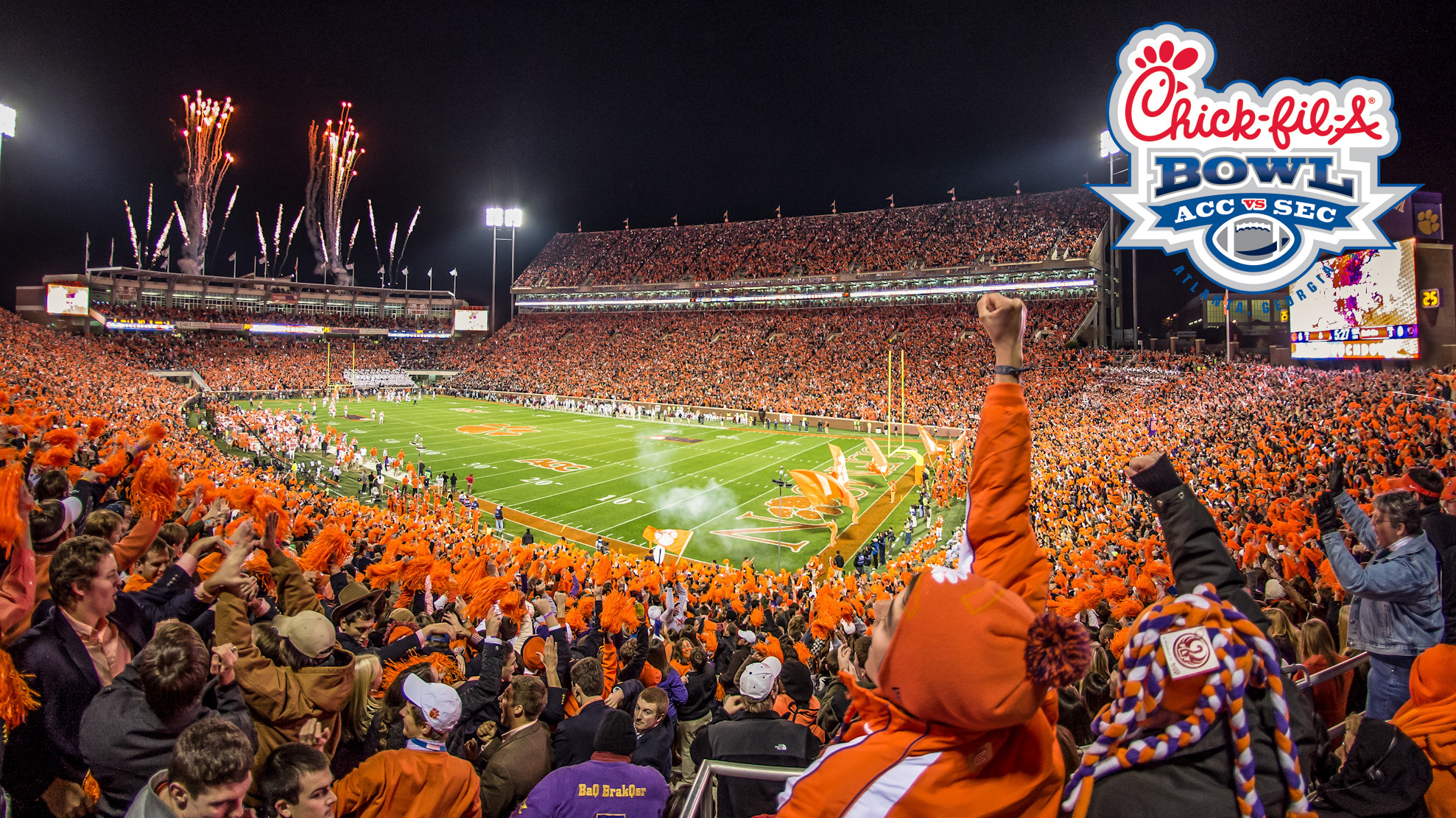 This will be the highest ranked team Clemson has faced in a bowl game since the 2003 season when the Tigers upset sixth ranked Tennessee at the Chick-fil-A Bowl.

This will be the first meeting between the two schools who call their home stadium “Death Valley” since the 1996 Chick-fil-A Bowl, a game also played at the Georgia Dome in Atlanta.  LSU won that game 10-7.  Overall, it will be just the third meeting.  The first meeting was played in New Orleans on Jan. 1, 1959 when number-one ranked LSU defeated Clemson 7-0 to win the National Championship.

“That is awesome,” said Clemson first-team All-America center Dalton Freeman, who will make his 49th and final career start in this game.  “I know the team will be very excited to play LSU.

“Our coaches, our players and our fans always look forward to playing against the best programs in the nation and LSU certainly fits that description,” said Clemson Head Coach Dabo Swinney.  “We are going to have the opportunity to compete against a top 10 team that played for it all last year.

“I know our players will be excited to compete against LSU because they are among the best programs in the nation on a yearly basis.

“Les Miles is one of the top coaches in the nation.  He has consistently competed for the national championship, including this year.  They barely lost to Alabama, who is in the National Championship game this year.

“I have been to the Chick-fil-A Bowl many times before and it is one of the best bowls in the nation.  Gary Stokan and his staff do a first class job every year and we look forward to representing the ACC in this outstanding game.”

“The Chick-Fil-A Bowl is one of the top bowls in the nation year in and year out and it will be great for our fans to return to Atlanta, one of the top college football cities in this country.  This will be a game that will excite Clemson Nation.”

Clemson has scored at least 37 points in 10 of the 12 games this year, while LSU has allowed over 22 points just once, a 41-35 win over Mississippi.

Andre Ellington is a first-team All-ACC running back who has 1031 yards rushing and 197 more yards receiving.  He is fifth in Clemson history in career rushing and touchdowns scored.

DeAndre Hopkins was a first-team All-ACC player this year with 16 touchdown catches, second most in the nation.  He has 69 catches for 1214 yards and a 17.6 average.  He needs just six reception yards to set the all-time single season Clemson record.  The record he will break belongs to sophomore receiver Sammy Watkins, who was a first-team All-American as a freshman last year.  He has 57 catches for 708 yards this year.

Tight end Brandon Ford is a sixth first-team All-ACC player on the Clemson offense (most by an ACC team since Florida State in 1995).  Ford has eight touchdown catches, second in the nation among tight ends and has 31 catches for 411 yards overall.

Clemson’s defense is led by second-team All-ACC safety Rashard Hall, who has four interceptions and 75 total tackles.  The Clemson senior is third in school history in forcing turnovers in a career with 17.

Linebackers Tig Willard and Spencer Shuey are tied for the team lead in tackles with 88 apiece.   Shuey has started each of the last six games and has 57 of his 88 tackles in those six games.

Chandler Catanzaro is a second-team All-ACC kicker who has attempted 74 placekicks this year and 72 have gone through the uprights.  The junior from Greenville, SC is 16-17 on field goals and 56-57 on extra points.

The Chick-fil-A Bowl is annually one of the most competitive bowl games.  Over the 20 years this has been an ACC vs. SEC matchup, teams from each league have won 10 times.  Ten of the last 20 games have been decided by a touchdown or less.