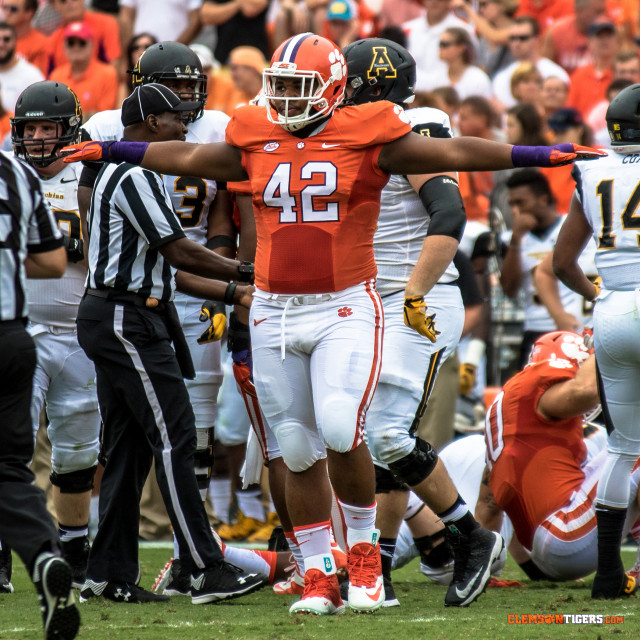 Clemson to Face Appalachian State in 2024

Clemson, S.C.—Clemson and Appalachian State have agreed to meet on the football field at Clemson’s Memorial Stadium on September 7, 2024.

The two schools have met five times previously and Clemson has won all five, four when the Mountaineers were an FCS School and once, in 2015, when Appalachian State was an FBS school. Clemson won the most recent meeting 41-10 at Clemson in 2015. All five of the previous meetings have been at Clemson and the Tigers have been ranked in the top 20 entering every game.

In 2017, Appalachian State finished with a 9-4 record, including a 34-0 win over an 11-win Toledo team in the Dollar General Bowl in Mobile. Three of Appalachian State’s four losses this past year were by a touchdown or less.