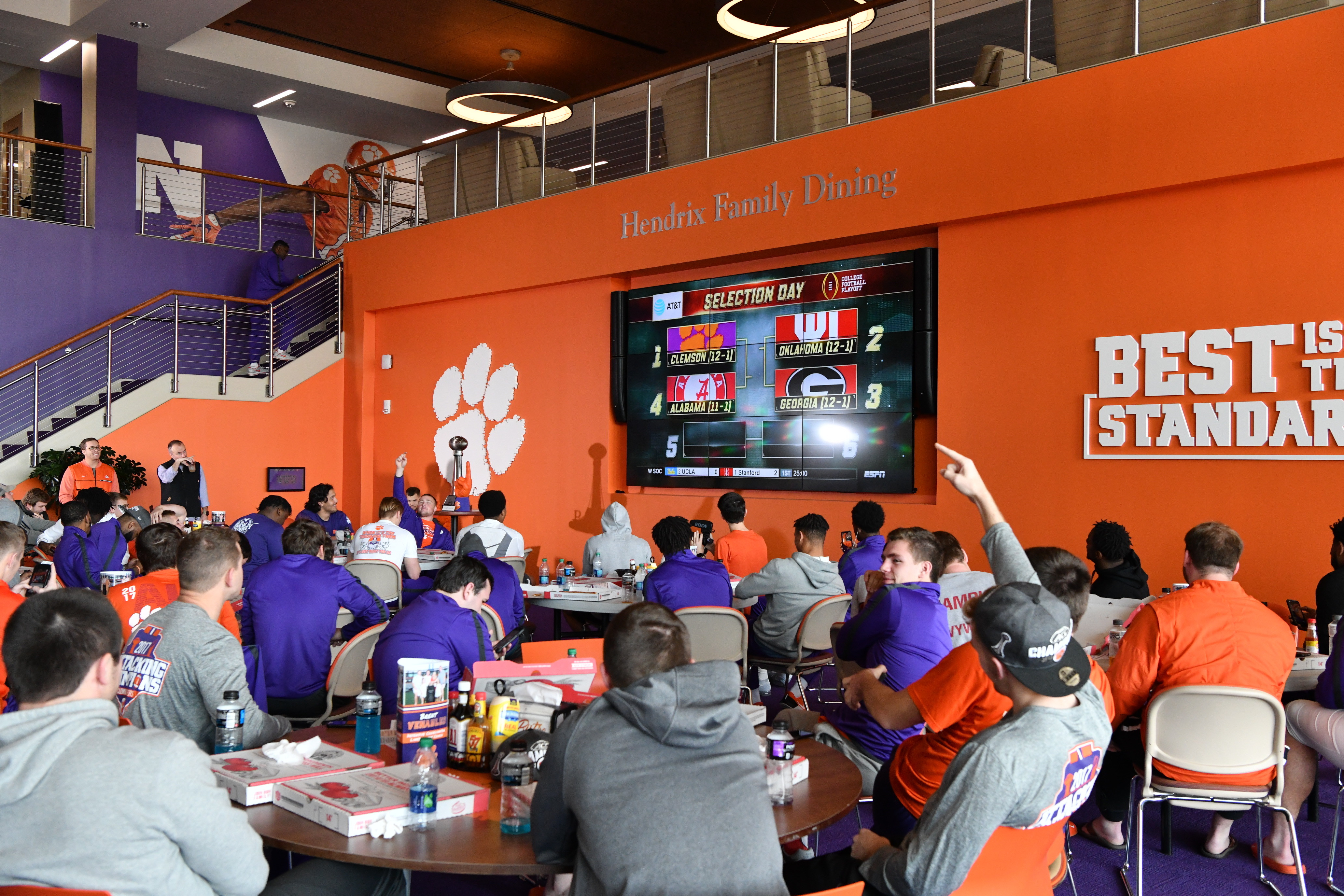 Clemson, S.C.—Clemson will face Alabama in the Allstate Sugar Bowl on January 1, 2018 at the Superdome in New Orleans, Louisiana.   Dabo Swinney’s Tigers were ranked No. 1 in the final College Football Playoff poll released on Sunday while Alabama is ranked fourth.

This will be the third consecutive year that Clemson will face Alabama in the postseason.   Alabama defeated Clemson 45-40 in the National Championship at the end of the 2015 season in Phoenix, Arizona, while the Tigers won last year 35-31 in Tampa, Fla.

This will be just the second time in FBS history that two teams meet in the postseason three consecutive years. Southern California and Ohio State met in three consecutive Rose Bowls at the end of the 1972, 1973 and 1974 seasons.

This will be Clemson’s second appearance in the Allstate Sugar Bowl, the first since the 1958 season. Clemson lost to No. 1 ranked LSU by a 7-0 score in that game.

Clemson defeated Miami (FL) 38-3 in the Dr. Pepper ACC Championship game on Saturday night to improve its record to 12-1. Alabama finished its regular season with an 11-1 record after losing at Auburn in its final game.    Clemson is ranked No. 1 in the Associated Press and Amway Coaches polls.

Clemson had a national best eight wins over teams with a winning record this season, including five wins away from home against teams with at least eight wins. The Tigers defeated five teams ranked in the top 25 entering the game by either Associated Press, Amway Coaches Poll or the College Football Playoff Poll.

“This is really amazing the way it has worked out,” said Swinney. “Last spring I went to New Orleans with Deshaun Watson for the Manning Award and the ceremony was on the floor of the Superdome. I told Deshaun wouldn’t it be something if we came back here for the semifinals in a few months.

“I am very excited to be in the playoffs and the Sugar Bowl. The last time I went to the Sugar Bowl I went with Alabama as a player 25 years ago.

“This is the third straight year we have played Alabama in the postseason and they have been two great games.

“We are familiar with each other, but the difference this year is that we will be playing in the semifinals so we will have more time to prepare for each other.

“I am very proud of this team. We were a team not picked to win the Atlantic Division and now we are in the playoff.”