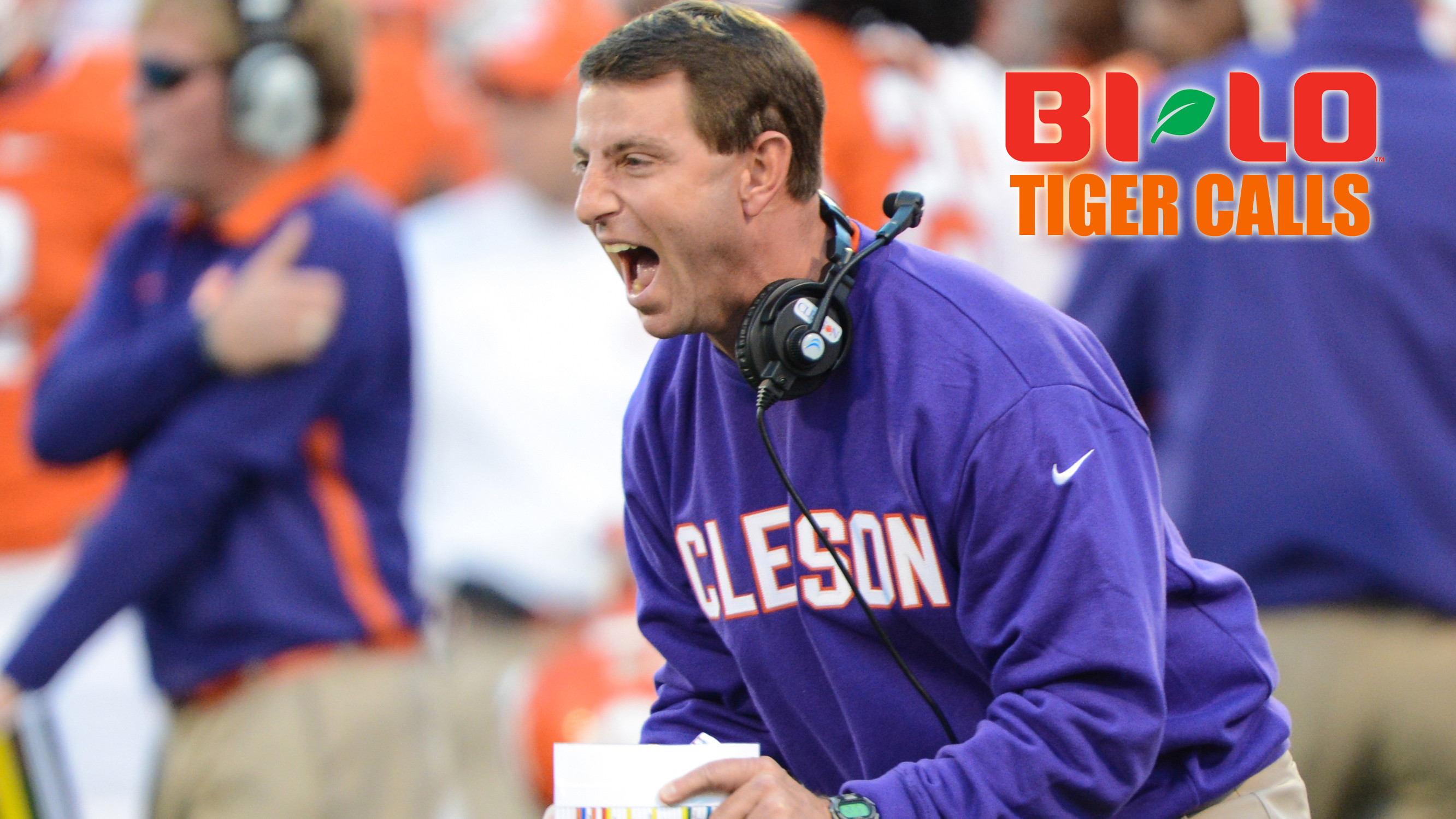 A total of 13 BI-LO Tiger Calls shows will air during the 2013 football season, four of which will be held at area BI-LO stores.  The remaining nine shows will be held on-campus in the Jervey Studio.  Fans are encouraged to attend the live shows at the BI-LO store locations (August 26, September 9, September 23 and October 7). All on-campus shows are closed to the public, but will be streamed free of charge on TigerCast via ClemsonTigers.com.