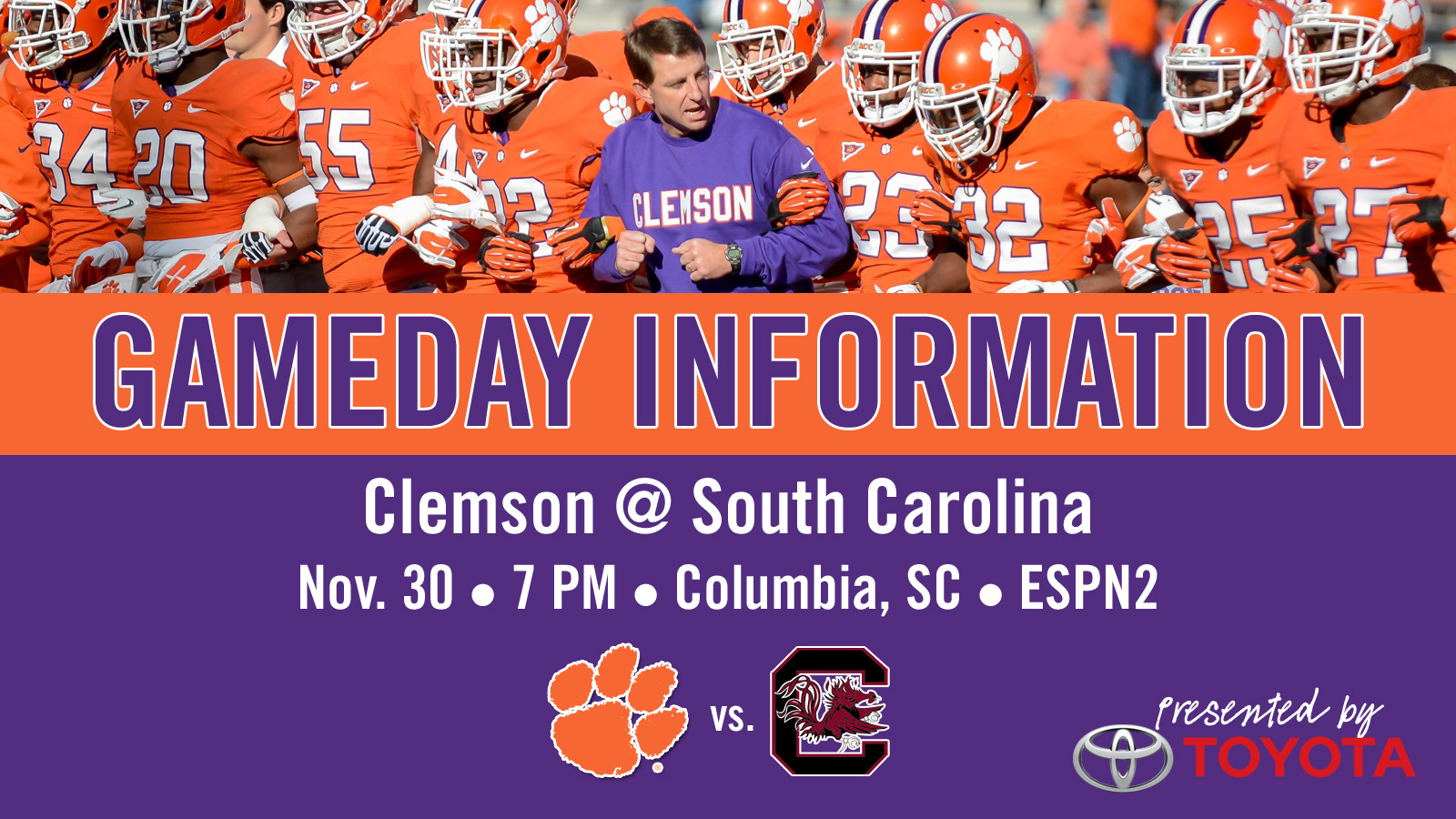 There will be free t-shirts and plenty of great Nose Dive specials for fans as they prepare for the game. Find out more about all of the festivities at facebook.com/thenosedive.

Clemson and South Carolina Meet for the 111th Time

Top 10 Unusual Facts about the Clemson vs. South Carolina Series

9. Charlie Whitehurst is the only start­ing quarterback to lead a team to four wins in the history of the series. He did that for the Tigers between 2002-05.

8. Josh Cody had a 4-0 record for Clemson against South Carolina between 1927-30. He is the only coach in the series to have a perfect record, given a minimum of three games coached.

7. Paul Williams is the last player to letter for both schools. He lettered for Clemson in 1978 and for South Carolina in 1980.

6. A Clemson captain actually played for South Carolina. Cary Cox lettered for the Gamecocks in 1943. After the war, he enrolled at Clemson and served as captain for the Tigers in 1947. Cox died in 2008.

4. In 1948 and 1981, a blocked punt re­turned for a touchdown proved to be the pivotal play in a Clemson victory, victories that allowed Clemson to go on to an undefeated season. In both instances, the original line of scrimmage was the South Carolina 28-yard-line.

3. Willie Underwood had two inter­ceptions to lead Clemson to victory over South Carolina in 1980. A starter for four years, the strong safety never had recorded an interception in any of his first 46 games as a Tiger, then had two against the Gamecocks in his 47th and final game. One of the thefts was a 37-yard return for a touchdown, the only touchdown of his career.

2. In a placekicking career that spanned five years, Bob Paulling made 107 of 109 extra points. Both of his misses were at South Carolina, one in 1981 and one in 1983. He had a streak of 70 consecutive made extra points (second longest in Clemson history) in between the two miscues.