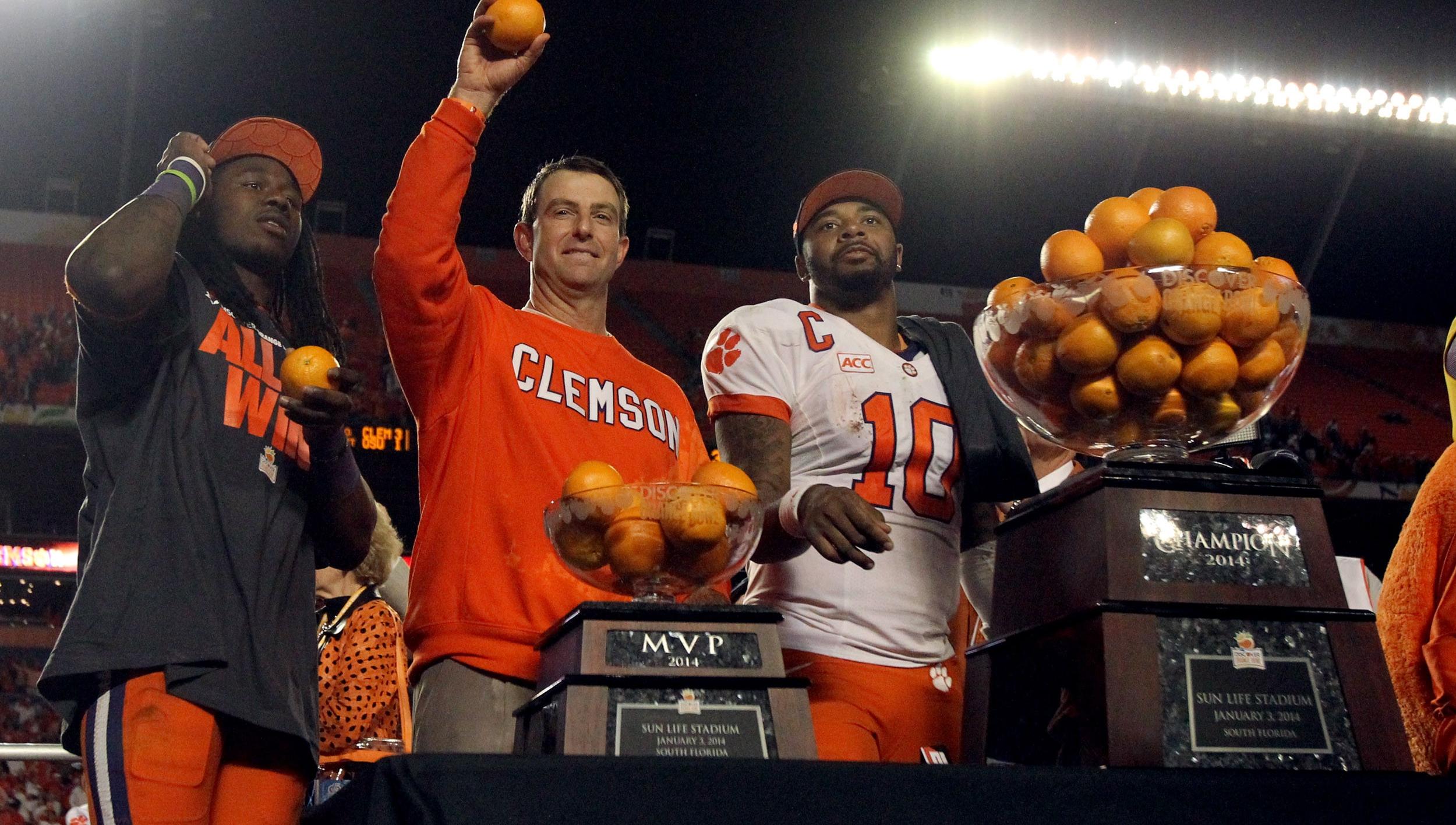 CLEMSON, SC – Clemson ranks seventh by USA Today and eighth by the Associated Press in the final college football polls released on Tuesday morning.  The number-seven ranking in USA Today is the highest final ranking for the Clemson program in one of the two major polls since 1981 when Clemson won the National Championship according to both wire services.

Clemson defeated a then sixth-ranked Ohio State team, 40-35 on January 3 to win the Discover Orange Bowl.  It marked the second straight year Clemson had beaten a top 10 team in a bowl game to conclude the season.  Clemson closed the 2012 season by defeating a seventh-ranked LSU team, 25-24 in the Chick-fil-A Bowl. Clemson is the only program in the nation to defeat a top 10 team in a bowl game each of the last two years.

Additional Notes on Clemson and the Polls: