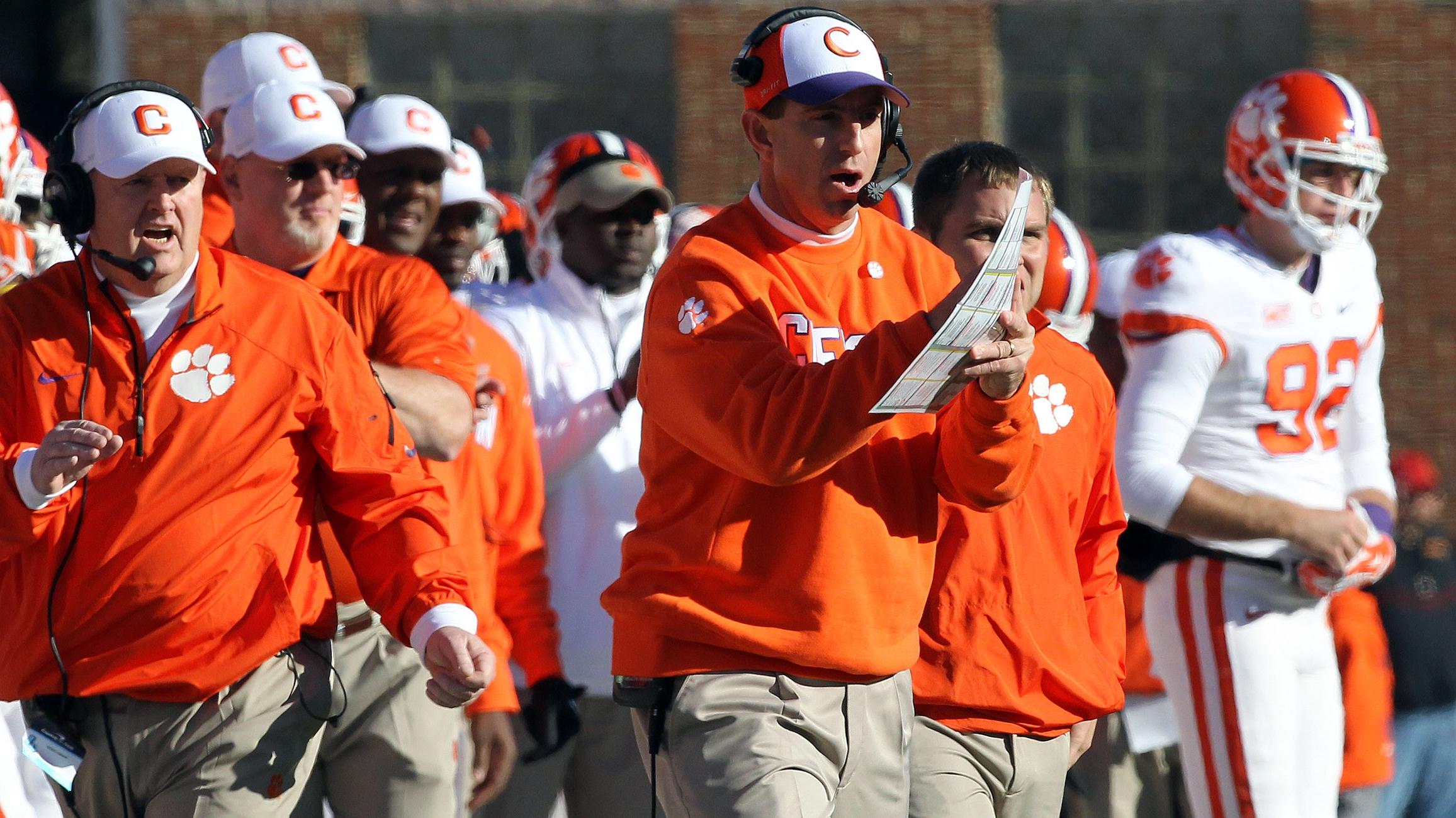 CLEMSON, SC – Clemson is ranked eighth in the latest BCS Standings released on Sunday night. This is the 20th consecutive BCS poll that Clemson has been ranked in the top 20, one of just five schools that can make that claim. Alabama, Oklahoma, Stanford and Oregon join Clemson as the only schools that have been in the top 20 of the BCS standings for 20 consecutive polls. LSU was on that list, but dropped to 21st in this week’s poll.

Alabama is first in this week’s BCS standings, while Florida State is second. Ohio State is ranked third, while Stanford, the highest ranked team with one loss, is fourth. Undefeated Baylor is ranked fifth in the BCS, while Oregon is sixth. Auburn is ranked seventh, followed by Clemson, Missouri and South Carolina.

This is the fourth BCS ranking this year and Clemson has been in the top 10 for all four of the polls. Clemson was ninth in the first BCS ranking issued on October 20, then jumped to eighth the following week. Clemson reached a season high seventh place on November 3 and dropped one spot to eighth this week. This is the longest streak of top 10 rankings for Clemson in the BCS rankings since the BCS system started in 1998.

Clemson’s highest BCS ranking ever is number-five on October 23, 2011 when the Tigers had an 8-0 record.