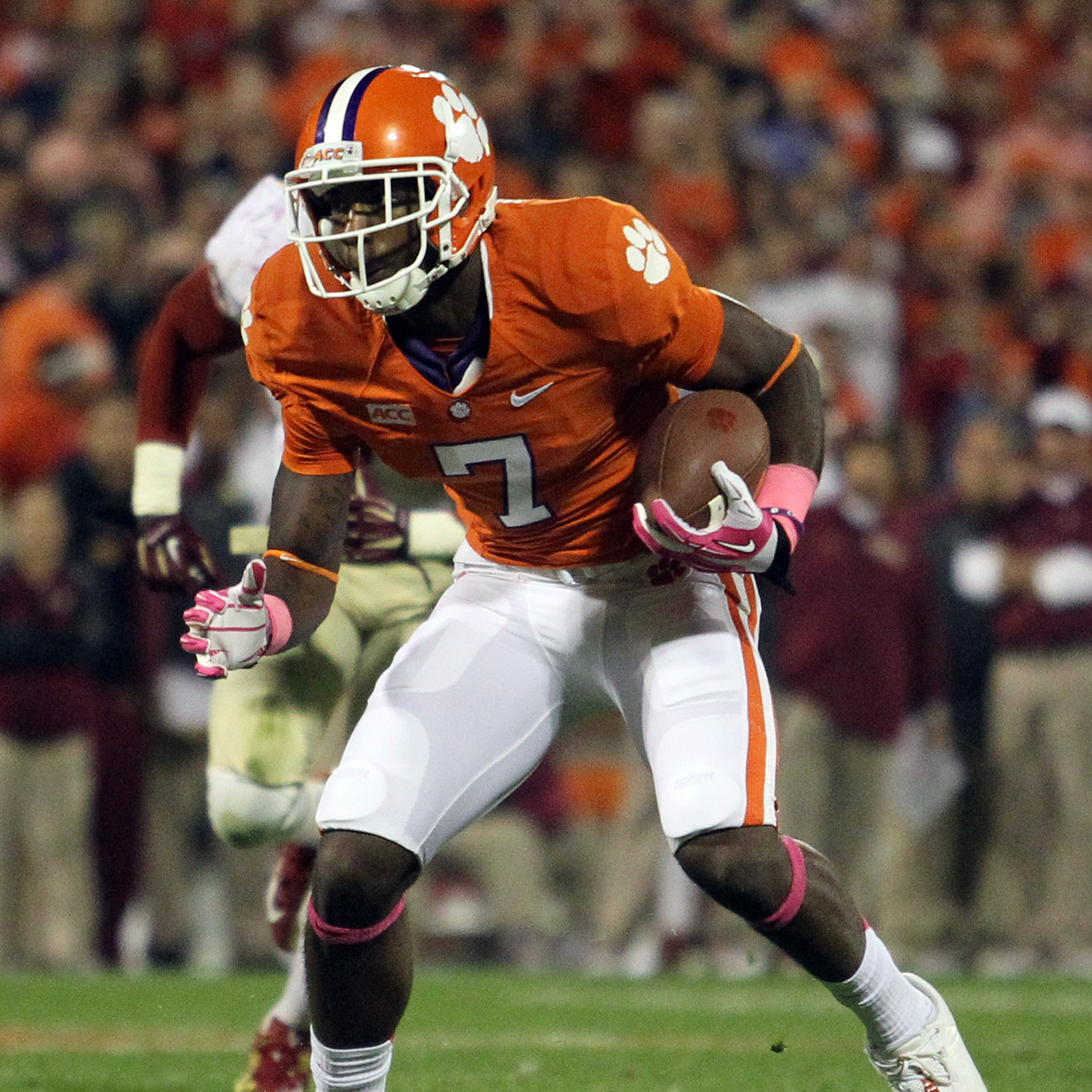 Clemson, S.C.—Clemson opened spring practice on Monday with a 21-period workout under sunny skies on the practice fields behind the Clemson Indoor Facility.  It was Clemson’s first of 15 spring practice sessions for Dabo Swinney’s Tigers.

It was also the first practice since Clemson played for the College Football Playoff Championship on January 11.  “It was a short break,” said Swinney, who will be in his eighth full season at Clemson when the 2016 season begins at Auburn on September 3.

“We are proud of what we accomplished last year as the number-two team in the final rankings.  Now our goal to get to number-one and that is what our practices are about this spring.”

Swinney and his staff have spent the short off season (49 days) about getting better.  “We have studied ourselves.  We evaluated the offense, defense and special teams and have set individual and position goals.  The spring is about building a foundation for the 2016 team.”

Swinney is encouraged by what he has already seen from a leadership standpoint.  “There is a transition when it comes to leadership and I am pleased with what I have seen when it comes to the off season training.  We only have 22 juniors and seniors on scholarship right now, which means we will have 63 freshman and sophomores.  But we have experienced players in every area who know what it takes to get to the championship game.”

While the Tigers have 63 freshmen and sophomores on the roster, there are 55 returning lettermen and 14 returning starters (including punter and kicker).  “On defense I expect we will have more competition,” said Swinney.  “We were fortunate to keep the first 11 on defense healthy most of the year.  This year we need to play more players on defense.

“On offense we will have more experience in the offensive line.  Mitch Hyatt is no longer a myth.  We know what he is about and what a lot of the young players from last year are about.”

The Tigers also return leading rusher Wayne Gallman, who had 1,527 yards on the ground, an all-time Clemson record.  Top receiver Artavis Scott returns after grabbing 93 passes for 901 yards and six scores.  Tight end Jordan Leggett had 40 receptions for 525 yards and eight touchdowns on the way to being a finalist for the Mackey Award.  The offensive line returns All-ACC center Jay Guillermo, All-ACC tackle Mitch Hyatt and All-ACC guard Tyrone Crowder.

Additionally, Clemson returns Mike Williams, who was a starter in 2014 when he had over 1,000 yards receiving and was named All-ACC.   Williams suffered a neck injury in the first game of the 2015 season when he caught a scoring pass against Wofford while crashing into the goalpost.   “Mike will go through all the practices in a green jersey, but we will not tackle Mike this spring.  He has been cleared to be tackled in practice now, but we will hold off on that until August.”

Clemson will continue practice on Wednesday, Friday and Saturday this week, then Monday and Wednesday next week before taking off for Spring Break.  The Spring Game is April 9 at 2:30 p.m. at Memorial Stadium.