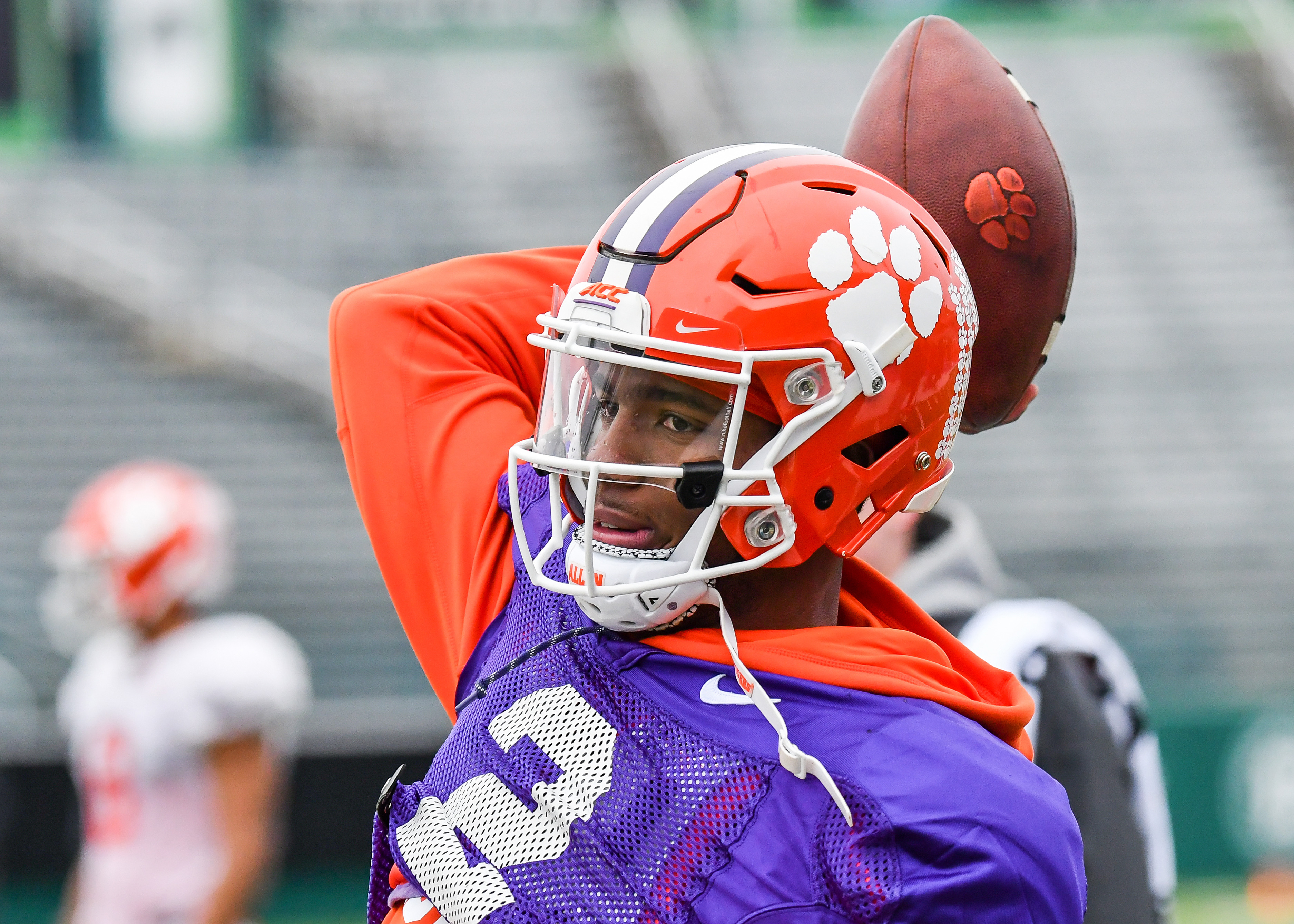 The Tigers worked in 40-degree weather with a few light showers over the practice in full pads. “We had a good practice today,” said Swinney.   “There was excellent focus and energy.   I really liked the team’s mindset considering the weather conditions were not ideal.   But the guys showed up ready to play.”

While it was a Thursday on the calendar it was a typical Tuesday practice for the Tigers. The team worked on special teams for the first 15 minutes while the media was allowed to view and take video and still pictures.     The team practiced for 17 periods of five minutes overall.

The practice ended on a positive note as senior walk on kicker Drew Costa made a 50-yard field goal. Starter Alex Spence was also true from 50 yards.

Thursday evening the team attended a dinner at a local steakhouse.   Friday’s schedule begins with the FCA Allstate Sugar Bowl Breakfast at 7:30 a.m.   Hunter Renfrow and Judah Davis will be the Clemson players who will speak.   The team will have another two-hour practice that will be typical of a Wednesday practice during the season.

The Tigers will have three practices at the Tulane University facility.   Twenty-five years ago Swinney’s Alabama team held its Sugar Bowl practices at the Tulane practice fields.   The Crimson Tide defeated Miami (FL) to win the National Championship at the Sugar Bowl that year. Now Swinney’s Tigers will try to beat his alma mater to advance to the National Championship Game on January 8 in Atlanta.

If Clemson can defeat Alabama the Tigers would be the first program to win at least 13 games in three consecutive seasons since Pennsylvania accomplished the feat in 1895-96-97.