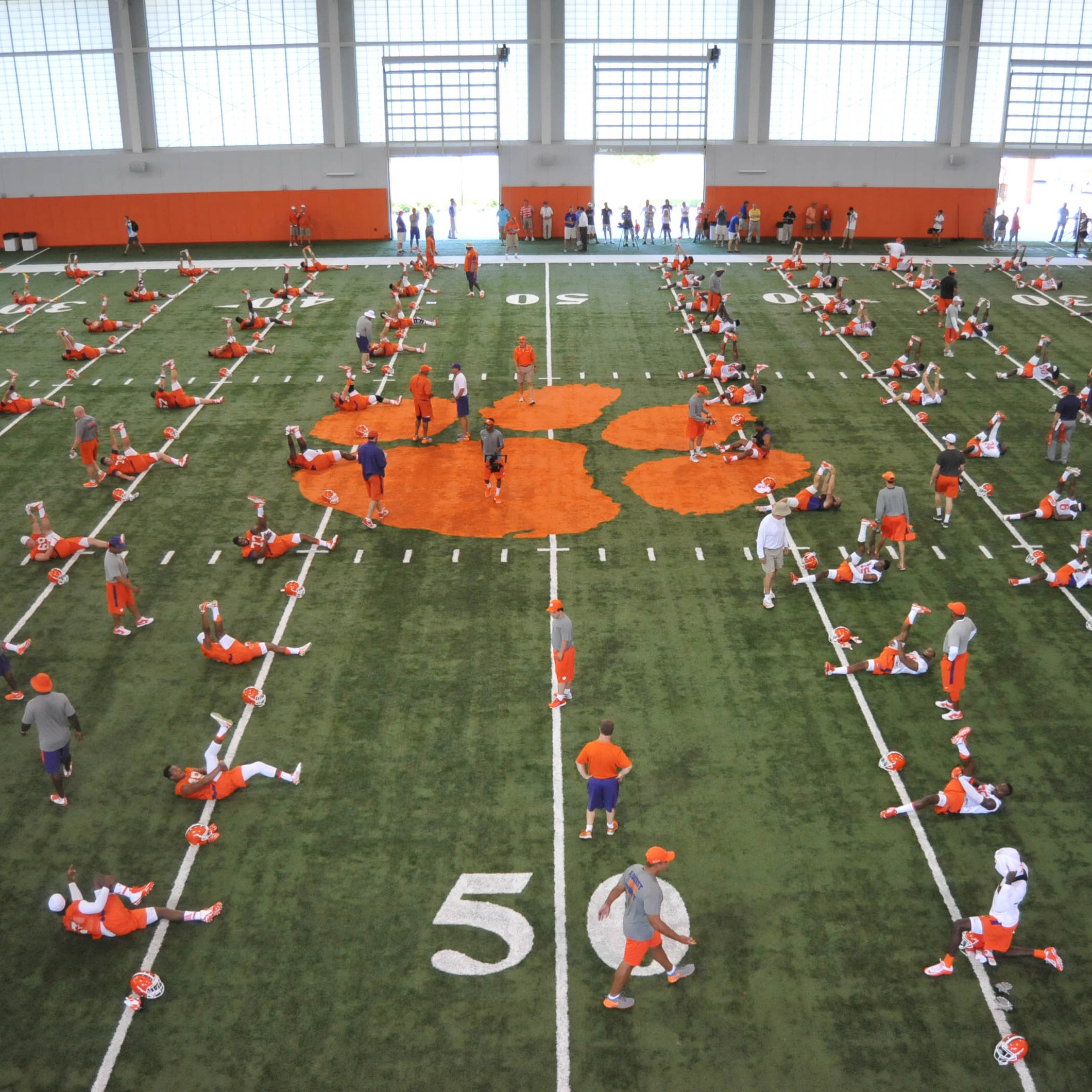 CLEMSON, S.C. — It was the first day in some form of pads for the Clemson football team on Thursday. The first two workouts were in shorts and helmets, but practice got a little more physical on day three.

The Tigers were dressed in what is referred to as “shells.” Dabo Swinney’s team wore shoulder pads and shorts with their helmets, and Swinney was impressed with the team’s tempo.

“This was our best day in terms of tempo and we added some pads,” said Swinney, who is starting his seventh full season as Clemson’s head coach. “That was great to see. It shows the condition we are in and the amount of work that was accomplished over the summer.

“I am really pleased with what I have seen from the veterans. There has been very good retention from last year and you can tell they worked hard over the summer. The freshmen have a lot to learn, but they are keeping up with the tempo.”

The next few days will be important for Swinney and the Tigers. “You never know about your team until you starting practicing in pads. We will be in shells again Friday, and then in full pads on Saturday.“

Clemson could have had a mixed bag on Thursday because of the weather. The team worked outside for the first hour, then the weather horns sounded and chased everyone inside. A strong storm went through the Clemson area, and although the sun did come back out, the Tigers remained inside the indoor facility because the outdoor practice fields were very wet.

The practice inside featured a lot of individual position work at first, then there was a team drill for the last 15 minutes. The defense had the upper hand for much of that drill due to a strong pass rush from Shaq Lawson, Ben Boulware, Kevin Dodd and freshman Jalen Williams.

Defensive end Dane Rogers missed the practice with a muscle pull and linebacker Kendall Joseph missed with a sprained shoulder. Both injuries are not serious. Starting center Ryan Norton missed the second half of the practice with a head injury. He will be evaluated tomorrow, but could miss a couple of days of practice.

The practice ended with all three kickers attempting a 46-yard field goal with the team gathered around the kicker at midfield. Alex Spence missed the first attempt when there was a poor snap and hold, then made his second attempt. Redshirt freshman Greg Huegel from Blythewood, S.C., made the 46-yarder with plenty to spare.