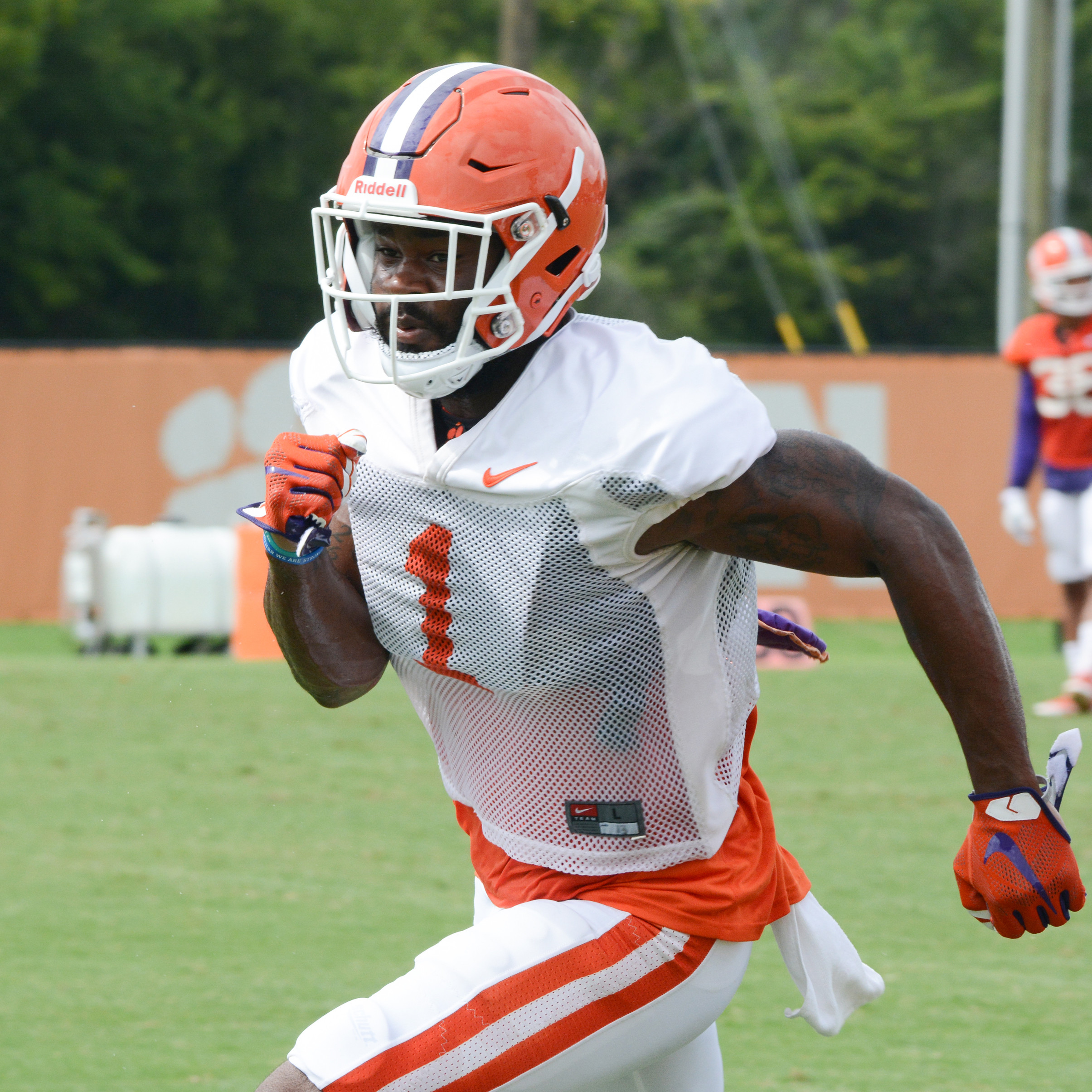 Clemson, S.C.—After a day off, Clemson was back on the practice fields Monday morning for a full pads workout that lasted just over two and a half hours.     It was the sixth practice overall and second in full pads for Dabo Swinney’s second ranked team that is preparing for its September 3 season opener at Auburn.

Swinney announced after practice that Gage Cervenka, a red-shirt freshman from Greenwood, S.C. had moved from the defensive line to the offensive line, a suggestion Cervenka made during a meeting with Swinney on Sunday afternoon.

“Gage came to me yesterday and I believe it is the right move for him.  We started the process today.  He has the physical toughness and strength to play guard or center for us.”  Cervenka had a 199-1 record as a heavyweight wrestler at Emerald High School and is the only four-time  heavyweight champion in the history of South Carolina prep wrestling.

He showed his strength during a one-on-one drill against freshman Xavier Kelly at the beginning of practice on Monday morning.

Cervenka is the second position change of the fall drills.  Shadell Bell moved from wide receiver to tight end at the beginning of camp.

Swinney said after practice that his team has a ways to go to equal its preseason ranking.  “We are a top five program based on what we have accomplished, but we are not a top five football team right now.  We have to improve in a number of areas.  But that is why you have camp, to work on areas you need to improve.”

In particular, Swinney was disappointed in his team’s rush defense.  Near the end of practice, he had the No. 1 offense go against the No. 1 defense with the offense backed up on their one-yard-line.  On the first play, Wayne Gallman ran 99 yards for a touchdown.

“It is one of those things where you are happy for the offense, but that is something we can’t allow defensively.   Stopping big plays defensively is something we have to do.   You never have a perfect play from a coaching standpoint in practice.

When asked what young players have stood out so far, Swinney quickly mentioned defensive lineman Dexter Lawrence. The nation’s No. 2 ranked player by a number of services has been active in practice.    Swinney also complimented the footwork of freshman defensive back Amir Trapp, son of former Tiger James Trapp.   He also said that wide receiver Ray Ray McCloud is much improved and ready to take the next step.

The Tigers will have a light workout Monday night, then have another full pads practice Tuesday afternoon.  The team will have a situational scrimmage on Wednesday morning   before having a mental practice day on Thursday.