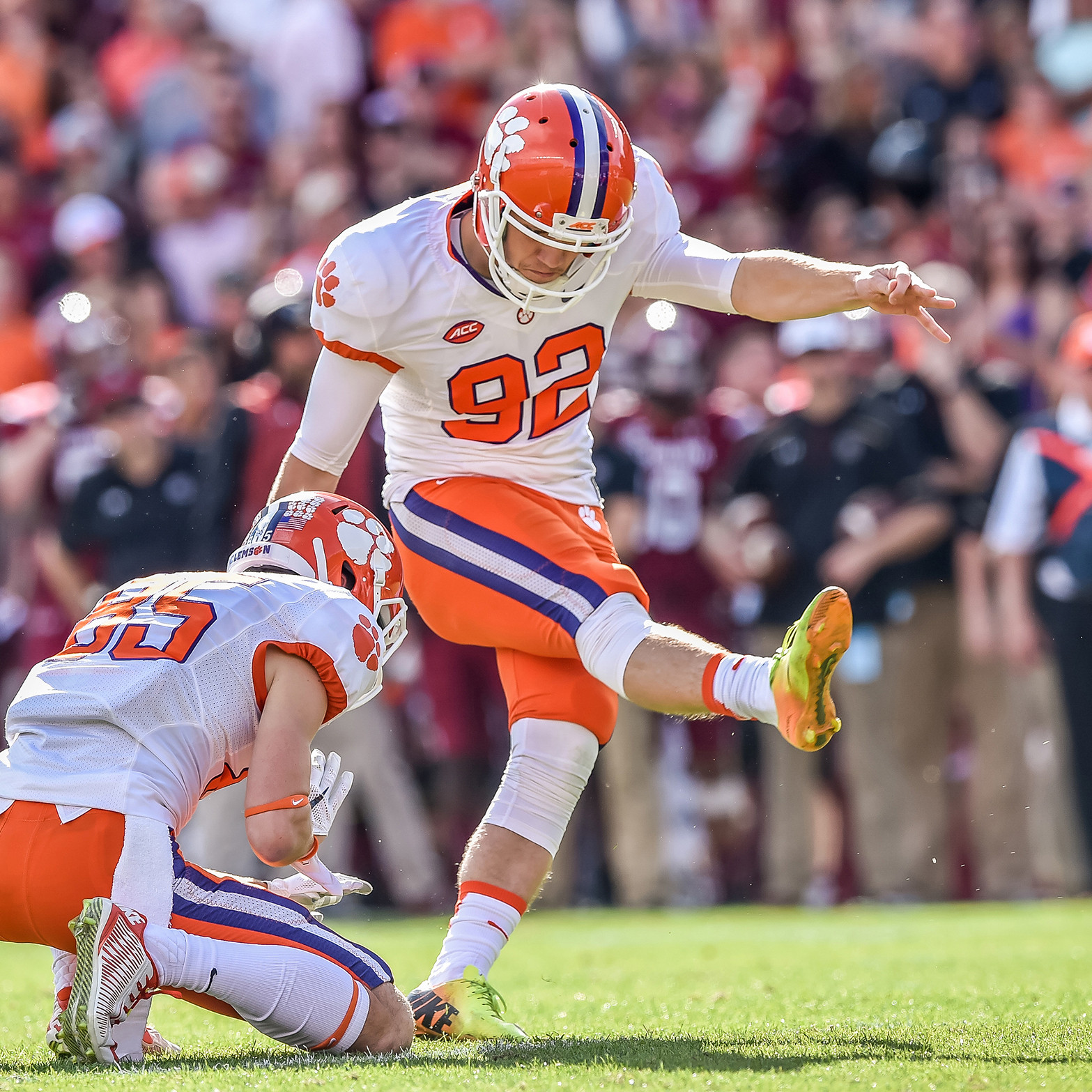 Clemson, S.C.—Before he departed to see  two of his sons play a high school football game, Clemson Head Coach Dabo Swinney met with the media after his own team’s practice Friday.  The Tigers worked for two hours in the Clemson Indoor Facility as a thunderstorm hit the Clemson campus in the afternoon.

While not all decisions have been made on the playing status of his new freshmen, Swinney did comment on the status of a few of his newcomers.  He mentioned that wide receiver Cornell Powell, running back Tavien Feaster, offensive lineman John Simpson, defensive back K’von Wallace, and defensive back Trayvon Mullen, would get on the field this year.    He has mentioned others previously, including defensive linemen Dexter Lawrence.   There will be others who will play as true freshmen, but those were the players he was asked to comment on Friday.

“We worked inside today and it was an overall season preparation practice today, but starting Monday it will be all Auburn,” said Swinney, who will face an SEC team in the season opener for the fourth time in the last five years.

“We have had a good preseason to this point.  Everything will change next week in that we will have a scout team and will concentrate on an opponent instead of working fundamentals against each other.  We have had a lot of good-on-good practice.  That will also change next week.”

Swinney was asked to comment about the kickoff team and the performance of Greg Huegel in the preseason.  “He has done very well on his kickoffs. Just about all of them have gone three to four yards in the endzone.  He has had a full off season of strength training.  Remember last year he did not join us until August, so he has benefitted from that (training) this year.”

Swinney also commented on the battle for the backup quarterback position behind All-American Deshaun Watson.  “Nick Schuessler and Kelly Bryant have both played well.   We let them go at it in the scrimmage on Thursday.  Kelly has shown improvement the entire fall.  He has been excellent.  Nick has been Mr. Consistent. He took the first team down the field in the two-minute offense for a touchdown yesterday.    We can win with both of them.”

Clemson will hold a morning practice in the indoor facility on Saturday, then hold Fan Appreciation Day at the Stadium on Sunday starting at 2:30 p.m.